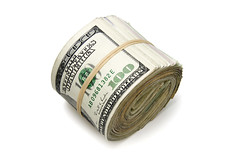 Last week I spoke with a private lender who loaned her own money and brokered here own loans. She operates in Northern Virginia and takes great interest in the borrower. Her operation is small and she does not have any time or desire to foreclose on a property thus she tries to ensure she will not have to by dealing with experience investors who have assets and usually money to put into the deal.

To get a little variation on this topic I spoke with a different flavor of private lender. David Williams is a hard money lender located in Utah. The differences between these lenders are more than just their geographical location.

David does not lend his own money, for the most part, and is what I would consider to be a hard money lender . I asked him how he found people willing to put up their money. “Just word of mouth,” was his response. “I just talk about real estate, a lot. I never solicit. I make it known that I am in the business and people just find me and express an interest.” It also sounded like he went to the right places. He attends real estate investing meetings and associates with real estate investors; this is a small community. He said that if someone expresses interest in becoming a private lender he’ll usually start by selling them a performing note on one of his group’s projects. From there the relationships naturally grow.

There are many pitfalls for private lenders. It takes a great deal of work to find good deals and good investors. Many would-be lenders can get themselves and others in a great deal of hot water. Not too long ago an investor in Utah did just that very thing — this link tells his story. Take a look. It’s a very good example of how things can go bad in this business.

David does commercial, residential, and land loans. The only thing he will not do is owner occupied loans. His loans are mostly short term – usually under a year in term – but they may go up to 5 years on certain deals. It is really hard to get private lenders to give you terms without a specific deal.

“The price is very risk based,” he tells me. But, David did advise me that borrowers in the market for this type of loan, should expect to pay somewhere in the mid teens for their interest rate, with 3 points upfront (more points if there is a broker involved) on a 6 month loan, and the points go up the longer you need the money.

The loans David likes to see are loans that are less than 65% of the after repair value (ARV) of the property. He wants a loan that is very liquid, meaning that he doesn’t have time to sit on a property in the event he is forced to foreclose. He must be confident that they could take a property and sell it quickly for an amount that will allow him and his investors to come out alright. The time and opportunity costs of a foreclosure are big factors in his lending equation. However, he can loan 100% of the purchase price if the deal is good enough.

David is far less concerned about the borrower themselves. The property and the loan to value ratio is his biggest consideration. Dealing with an investor who is experienced is just icing on the cake for him. He does want to see realistic numbers for repairs and resale; he also isn’t very much concerned about your team. David doesn’t care if you are planning to do the repairs yourself and has faith that his borrower will get the job done, because he told me, “they have more to loose than we do.” He didn’t say that in a harsh or greedy way. I actually heard compassion in the statement.

How refreshing, I thought – a person can still really get a shot in this day and age – no college degree or family name needed. Go work hard and find a deal and this guy will give you a chance; it’s up to you what you do with that chance.

David says competition for his money is stiff. He can get up to 100 calls per week. He guesses that maybe 1 out of 20 calls are actually a deal he can work with, but, his screening process must really work because he told me that 50% of his borrowers are repeat customers. That is a really good ratio compared to the other private lenders I’ve been working with.

If you have a deal in Utah that needs funding, then David might be your man. He’s got an initial screening questionnaire on the front page of his website, FundMyUtahDeal.com — answer those six questions and he can quickly tell you if you’ve got a deal or not. Good luck!