Get houses for as low as 1% down, unlimited low-interest funding, without banks or lenders. Qualifying areas only.

Using assistants to help you with your business is an incredible idea. Instead of putting your efforts into the mundane, day to day tasks, you can spend your time on the important things. Many of the gurus are promoting using virtual assistants for everything in real estate these days, but before doing so, proceed carefully.

Virtual Assistants and Social Media Marketing: A Match Made in Heaven or Hell? 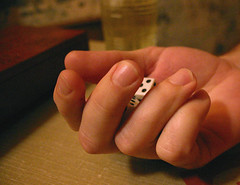 Of course you want to know why, right?

I was just clicking around the BiggerPockets forums and came upon a few posts from a well known national speaker, who is generally well respected. Of course, I was interested in seeing what they had to say, so I read through their contributions. What I read were posts that were poorly composed and full of grammatical errors. These posts added no value to the discussion, and in fact, were merely a distraction. They were written either by someone with an extremely poor American education (not too hard to imagine, I guess), or by a foreigner. I assumed that someone who has reached the level of success that they have would certainly be a better communicator.

While I have the tools at my disposal to discover that the poster is using a computer in the Philippines, and is not likely the actual “national figure”, others in the community do not. The rest of our 38,000+ (at time of writing) members only see the weak posts coming from this person. This person told me that they were acting on behalf of the speaker, and when we tried to contact the speaker directly, we were ignored.

This Person Outsourced their Reputation and Lost!
Obviously, they are too busy to participate on our site, and probably others as well, so they went out and hired a virtual assistant. What they probably didn’t think about was that your online reputation (and your rep in general) can’t be outsourced.

An assistant can certainly create profiles on social networks for you, but can they communicate with your level of expertise?

Can an assistant represent you, and act as you in a manner that meets your standards?

Social Media is About Connections

The great thing about social media websites like Facebook, Twitter, BiggerPockets, LinkedIn, etc. is that it allows people who may not normally have connected, to do so. That said, if you’re using someone that doesn’t know you or the other person to connect and interact as you with them, then how the hell is there anything personal about it?

Outsourcing your reputation is flat out, a BAD IDEA! 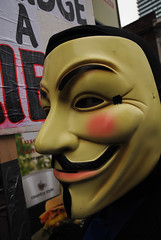 Don’t forget . . . EVERYTHING that this person does on your behalf as they travel throughout social sites as you, reflects upon you. Think about it . . . this person is essentially putting on a mask with your face on it and communicating with others as you. I’m not sure about the rest of you, but I wouldn’t trust anyone to do that for me.

So, if you’re thinking about hiring the lowest bidder, the virtual assistant, to eliminate one of the mundane marketing tasks essential to business today, networking and communicating through social media, think again.