Vacasa Vacation Rental Manager
Our work is your gain

We do it all for your vacation rental. Yes, all—marketing, pricing, guest requests, housekeeping, and beyond.

Get an income estimate
Sponsored

Get a free quote today 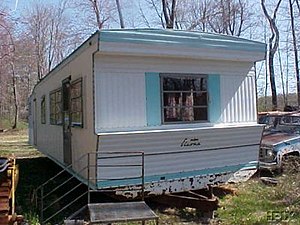 Many landlords are scared to push their rents right now. In the self-storage industry, for example, landlords are considering rent reductions more than increases, and many real estate owners feel lucky if they can leave their rents unchanged this year. Articles are abundant, talking about the inability of office and commercial landlords to maintain current rent levels if they want to attract or retain tenants.

So how can you raise mobile home park rents when every other landlord is stopped dead in their tracks? Several reasons:

So how much farther can mobile home lot rents go?

As you can see from these examples, really far. There are not too many parks out there that are bumping up against the ceiling of rational rent levels. That is not to say that it’s impossible. In Denver, Colorado, for example, there are four-star parks that have lot rents approaching $700 per month. That’s probably too high. But for your average park owner out there, you’d have to increase your rent for 20 straight years at 10% per year to hit that level — and by then, inflation has taken the average rent rates higher still.

So, if you want to find a class of investments that allows you to increase the rents a significant amount each year, whether it’s feast or famine in the general economy, then mobile home parks are worthy of further examination.

Until then, the rents are going to just keep going up.