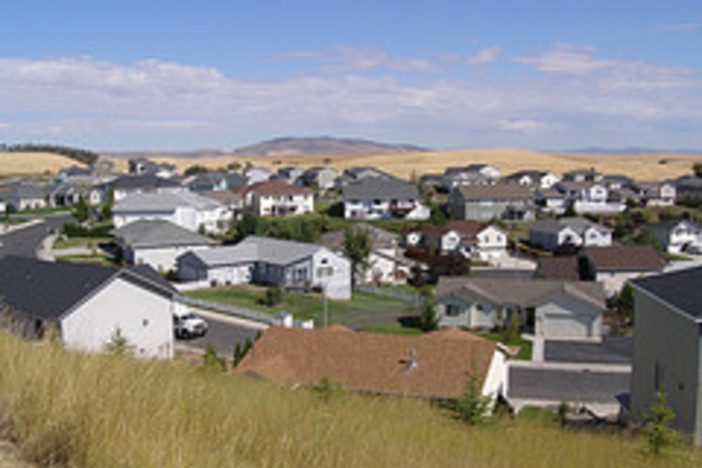 I cringe to even think of writing this post, peppered with politics, but we just had an election for a Governor here in Virginia and it raises a few points that I think investors (well any businessman or woman) should keep in mind. Don’t worry, we’re not talking party politics, but local political involvement.

Put simply: you should take politics into close consideration when you choose your markets and you should try to influence the policies of the government in the markets were you are already investing.

Local Government Events are Informative and Great for Networking

When you go to a town hall meeting, a good portion of the topics for discussion are real estate related. Planning and zoning meetings are nothing but real estate issues. You can gain some great insights about possible investing opportunities and/or early warnings of looming pitfalls.

You can also meet and see the best local real estate attorneys in action without paying for their time. You can meet developers, landlords, contractors, and all flavors of wealthy and influential people at these meetings. Go see and be seen in the thick of it all and good things will happen.

Like many things in this world, success in real estate is sometimes more dependent on who you know rather than what you know. I'm not talking about anything underhanded or seedy. I'm not talking about getting cozy with the councilmen. I'm talking about knowing a go-to lawyer who you are confident is familiar with local issues the very minute you need him. Or, having a well respected, reliable, local contractor in your Rolodex when a major development opportunity arises and your budding relationship with that local developer might also be handy. The biggest asset to real estate investing is being able to eliminate bad deals. Knowing the right people can help you zero in on the best deals and provide you with the confidence you need to move swiftly and competently to payday. Sometimes it's not about knowing the answer it's about knowing who to ask.

Many critical decisions are made at town meetings. Think of it like an auction. If nobody shows up then somebody just might get a steal. If you’re not there, you might be the one that gets robbed.
You must consider local policies and politics when you decide to invest. Pick the towns and counties that are conducive to your type of investing and then do everything you can to ensure those local politics don’t turn against your business. Be present when decisions are being made.

So many issues are being decided right now by people with very little at stake in the arguments. It’s socially popular right now to stand up against the evil developer. During the real estate boom local governments were eager to get their cut of the action. A politician would be talking about affordable housing issues in one meeting and then raising impact fees on developers in another meeting, impact fees that contributed to the price bubble.

Impact fees1 are a great example to help make my point. Land costs used to account for about 5-10% of the costs of a single family home construction project. Back then, cities would issue bonds to develop roads and sewer systems, knowing that the houses that were built would mean new residents and more property taxes. Those taxes from the new residents would then be used to pay back the bonds. Today, developers and or builders do all the roads and utilities themselves plus they are paying enormous impact fees and in some cases are being tagged to improve surrounding infrastructure. For example the developer might have to widen the highway that runs next to the new subdivision she is building to accommodate the additional traffic that the subdivision brings. However, it is very likely that that the road widening need is probably 10 years overdue. So now land costs make up 20-30% of the average single family home development project. And yet taxes did not go down in the same time frame.

How did local government manage to pass on such massive expenses to the private sector yet not save any money?
How does that happen? Well politicians don’t want to raise taxes. People take notice of that. But it is very politically popular to raise impact fees on evil developers. It’s a total win for current local residents. They get more money in their treasury to pay for those upgrades to the schools and police departments that are 10 years over due without raising taxes. Instead, the poor new residents (most likely young families just starting out) pay those impact fees when they buy their home, thereby covering the neglected costs of the past 10 years.

New construction prices drive the market. If builder costs go up $20,000, then they increase their sales price accordingly, and it trickles down. The current homeowners didn’t have to pay the additional taxes, and, instead, they actually get paid themselves because their home values increased. Then they retire, sell their home, and take that equity down to Florida to live on. It’s money right out of that young couples pockets who are now strapped to the max. It’s wealth taken right out of the community.

At the risk of seeming too political, I will say that it seems to me that building roads and sewers systems is pretty clearly a government function. More and more, however, local government is abdicating its natural responsibilities such as establishing infrastructure and focusing on other, more “petty” issues.

No one has more at stake in a community than those who own the land on which the community is built. Everyone else can easily up and move. You are tied down to that community by your investment.

You (the investor) also have a unique perspective since you are in business. You have a realistic vision of the American business cycle. That alone puts you at least one step ahead of the average citizen or nosy neighbor who just might show up to a town hall meeting. However, if you’re not going to take the time to learn the real issues and you’re not going to set aside your prejudices and be open minded to the realities of the issues, then you will certainly just be wasting your time and could probably end up damaging your business rather than finding opportunity. You have to be willing to make a little commitment to the issues in order to be better off just staying home and watching the latest realty TV series.

1 Impact fees are fee’s that are assessed to builders of new residence. The money is intended to pay for the additional burden to local infrastructure. For example, to add more classrooms to the local school because the subdivision will mean more children.

Al
May I suggest the free ebook “Why Your City Council Makes Dumb Decisions and What You Can Do About It.” This free ebook can be found at http://WWW.AcademyOfLocalPolitics.Com.

Dave Sharp
Impact fees are just beyond stupid. You put it perfectly; they are great ways to tax new residents and developers while keeping long-term residents happy. Oh, and the rest of your post has some good ideas also. It makes a lot of sense that getting to local planning and other meetings could be a great place for a real estate investor to network and grow their business, not to mention all the “insider” info you’ll get out of them.

Dave Sharp
Impact fees are just beyond stupid. You put it perfectly; they are great ways to tax new residents and developers while keeping long-term residents happy. Oh, and the rest of your post has some good ideas also. It makes a lot of sense that getting to local planning and other meetings could be a great place for a real estate investor to network and grow their business, not to mention all the “insider” info you’ll get out of them.

Clifford Watson
Thanks for all the wonderful information to grow our business. time to get involved and make new friends!