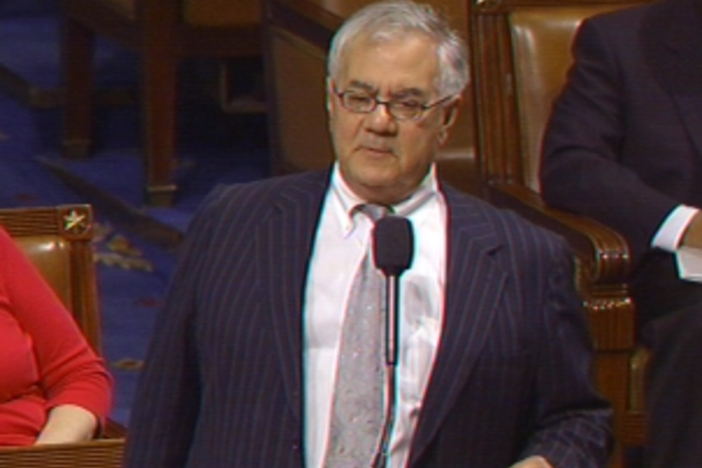 As pretty much everyone realizes by now, the Obama administration's efforts to convince banks to modify troubled loans has been little more than window dressing. Despite the $75 billion promised to fund the program, only a fraction of the people it was intended to help have received any aid. The problem of homeowner defaults has only increased with rising unemployment, and with around one in four borrowers underwater, the current incentives for loan modifications are just too little, too late.

Earlier this year, the banking industry managed to avoid a change to the bankruptcy code that would have permitted bankruptcy judges to “cram down” the outstanding principal of a loan to the current market value. Predictably, the financial industry (as evidenced by this opinion piece in the Wall Street Journal) was aghast at such an idea, arguing that it would drive up the costs of borrowing and further inhibit lending. But, the cramdown concept has recently reemerged on Capitol Hill, championed by Barney Frank.

Although it seems strange to allow a bankruptcy judge to effectively renegotiate the terms of a loan after it has soured, judges already do this all the time. The only difference is that they do it on behalf of commercial real estate borrowers — just not homeowners, as a result of a quirk in the bankruptcy code. If the concept of cramdown were so fundamentally unfair to lenders, why would it exist in the commercial context?

The answer is that, strange as it may seem, cramdown is not at all unfair, and is actually a remarkably efficient tool for detoxifying troubled real estate loans. The real beauty of the cramdown lies in the fact that it provides leverage to the borrower to renegotiate the loan. Knowing that they might get crammed down, lenders usually prefer a negotiated solution with the borrower, which is quicker, cheaper, and more efficient than taking their chances with a bankruptcy judge. Without such leverage, the bank has little incentive to avoid simply going forward with foreclosure proceedings and taking back the property.

California has an anti-deficiency statute, meaning that banks who advanced purchase money on 1 to 4 unit properties can’t seek a deficiency judgment from defaulting homeowners for the amount they can’t recover from selling the property. (Of course, even without such protection, you usually can’t collect a deficiency judgment from a bankrupt debtor.) Thus, as a practical matter, banks already eat the entire loss after a foreclosure, leading me to seriously question the argument that permitting a cramdown in such a situation would really increase borrowing costs to any significant degree.

Now, in late 2009, it has become apparent that rising unemployment has (for now, at least) caused many homeowners to be forced to the brink of foreclosure without any obvious way out. Providing homeowners the protection that is already guaranteed to commercial borrowers would simply even the playing field. Congress should reconsider the wisdom of prohibiting cramdown for home loans. To reduce losses to lenders, the code could include protections, such as profit participation for lenders if the residence were profitably sold within a certain period of time. This would provide a benefit that lenders don’t currently enjoy in the foreclosure context – since they typically try to unload foreclosed properties quickly. Finally, cramdown should only be permitted where the borrower can show that they are in a position to be able to make the (reduced) payment after the principal amount has been reduced to the market price.

Scarlett
Actually, this seems very unfair to me. Cramsdowns reduce the amount owed at a certain point in time because there is a dip in the market value, but when the market value goes back up, as it almost certainly will over time, the amount owed is never raised again. How is this fair to the person/entity that loaned the money? Making a TEMPORARY reduction in the mortgage payment is much more defensible in terms of fairness /practicality. If I own the property I can decide to hold it and rent it until the market value comes back up and THEN sell it if the current mortgagees can’t pay the mortgage and I foreclose. A cramdown basically forces me to sell the property (which is my security for the loan) at a very low price. I believe that *I* should be able to decide when and if I sell my security interest and at what price. Asking me to temporarily take less interest is MUCH more palatable to me. I don’t like it, but it’s much much better than forcing me to accept a market price that is currently abysmally low due to a confluence of economic factors. I believe that market prices will rebound in 2-4 years and especially in places like Florida where many markets have prices that are 40-50% below market peaks, forcing people to sell right now is really unfair. Yes, some banks would have sold at that price anyway (their choice) because they don’t WANT to hold property, but those are NOT the only entities/people that make/made mortgage loans. The bank/entity/person should be allowed to hold the property until the price rebounds if that is their choice. Yes, it’s efficient for detoxifying real estate, but it’s NOT fair. It’s almost like using eminent domain for a situation for which it was never intended. Frankly, I don’t agree with it for commercial or second homes either, but that’s a different article.

Tom Cullen
This pretty much sums it up: Reply Report comment

Tom Cullen
This pretty much sums it up:

David
I’m with Scarlett not with Florance Nightengale. Cramdown is a bad idea, it reward the clueless for bad decisions. Many people sat out the market because they couldn’t afford a home, unlike th clueless who jumbed in and bought more house than they could afford. Now they are under water and exepect everbody to help them. Poor choices should not be rewareded. Loan mods are not working now because the clueless can’t qualify for the lower payments either. If cram down goes through expect long lines a BK court. For a $400K discount on their loan people who are current on payments and played by the rules might consider going this route.

Bob Hedge
I can see both sides of the battle. Many homeowners are upside down their homes because of the sub-prime fallout, caused by “predatory” lending, and need a reasonable way out that won’t destroy their lives. The crap thing is that some homeowners are only upside down in their house because everyone else in their neighborhood defaulted which dropped the value of surrounding property. On the other side of the coin, if borrowers know that they can potentially have their loan “crammed down”, I see it leading to more defaulting people that don’t care because of the chance of said “cram down”. The frustrating thing for legitimate brokers is that chop shop brokers continue to operate which is forcing lenders to become more and more strict with their lending, and for the borrowers they will work with there is a ridiculous amount of conditions. Something needs to change.

Bob Hedge
I can see both sides of the battle. Many homeowners are upside down their homes because of the sub-prime fallout, caused by “predatory” lending, and need a reasonable way out that won’t destroy their lives. The crap thing is that some homeowners are only upside down in their house because everyone else in their neighborhood defaulted which dropped the value of surrounding property. On the other side of the coin, if borrowers know that they can potentially have their loan “crammed down”, I see it leading to more defaulting people that don’t care because of the chance of said “cram down”. The frustrating thing for legitimate brokers is that chop shop brokers continue to operate which is forcing lenders to become more and more strict with their lending, and for the borrowers they will work with there is a ridiculous amount of conditions. Something needs to change.

Florence Foote
you are correct that more people would likely default if cramdowns were a possibility. However, those defaults would not in many cases lead to foreclosures, because banks tend to renegotiate terms when faced with a cramdown. Avoiding foreclosures is in everyone’s best interests.

Alex Uribe
Cramdowns do serve a useful purpose, however, they should be treated as a conditional cramdown. A temporary loan modification would work better with a cramdown available if the house will not sell for the balance. This would protect banks from sellers making off with a big fat profit should the market turn around. Too bad it is only wishful thinking that the government would structure in a matter that made more sense.

Diane Thompson
Great read Florence. Even though this post is back from December, it still is relevant. I think it is ridiculous how many smart people out there that contribute actionable insights to obvious problems and our politicians still can’t execute a solution. Like the BP fiasco in the Gulf, just another example of poor leadership in key positions… it’s terrible.

Anonymous
A home loan cram-down happens when a bankruptcy judge has the power to or parties agree to decrease the value with the principal over a mortgage. This is commonly carried out without having the consent of the home finance loan holder.

Dom Casas
I thought it was going to be some boring old post, but it really compensated for my time. I will post a link to this page on my blog. I am sure my visitors will find that very useful. Hrmm that was weird, my comment got eaten. Anyway I wanted to say that it’s nice to know that someone else also mentioned this as I had trouble finding the same info elsewhere. This was the first place that told me the answer. Thanks.