A Great Way To Start The Year 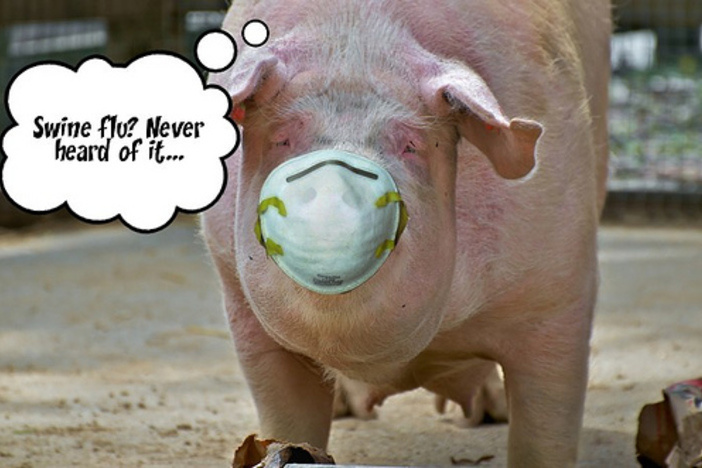 So here we are in a new year – 2010. Just two days in I managed to accomplish something that I hadn’t done in many years – I got sick! I’m not talking about not feeling great and dragging yourself through a day while you feel miserable. I’m talking in the bed unable to do anything even if you wanted to, which I certainly didn’t.

While I was certain that it had to be Bubonic Plague, Red Death, or at least the Swine Flu, it turned out to be none of the above. I was just sick. After a couple of days I started to emerge from the depths of illness only to be faced with something no living human being should ever have to endure – daytime TV!

Emerging from the Darkness

The mindless drivel was bad enough, the commercials were even worse. As I watched, it dawned on me how different the daytime advertisements were. As I thought about the audience they were geared to it began to make perfect sense. Some of the commercials cracked me up, could people really be stupid enough to fall for them?

The most difficult ads to stomach were the ones from lawyers. It seems they want the public to think of misfortune as a lottery ticket. “In a wreck? Need a check?” screamed one ambulance chaser. Others were worse, “We’ll get you the money you deserve” or ” Do you know what compensation you’re entitled to?” I think of these shysters whenever I write a check to my insurance company. It’s not that I don’t think people deserve to be compensated for loss through someone else’s negligence, it’s just the way they spin it that makes my skin crawl.

With the economy and housing market the way it is, the bankruptcy and loan modification lawyers are leaving their slime trails all across the TV screen. "Are the credit card companies treating you unfairly?" We’ll duh, I maxed out my cards buying a flat-screen TV and other useless junk that I had to have – and now they want me to pay it back! I’m a victim.

"Are your mortgage payments too high? Of course they are. I can eliminate your second and third (and 4th, 5th, and 6th) mortgage and have your payments reduced. Don’t be a victim any longer!”  We’ll awright! I just knew those greedy bankers were taking advantage of me when I told them I made $400k a year as a bartender. They should have known better than to give me a loan. Poor me.

On and on it went. I thought I was having a relapse but it was just the TV that was making me sick. However, I may have hit on the perfect answer to the nation’s health care dilemma. This solution would be far cheaper than any 2,000-page bill crafted by the Caped Crusaders of the Washington Beltway. Whenever someone falls ill just have them watch daytime TV, it worked for me.

I don’t believe in the after life, although I am bringing a change of underwear. – Woody Allen

Rob S
Nice post, I have to back up the ‘lawyers on tv’ point; they try to make out they are some kind of Emergency Service, and will do what it takes to HELP you. It’s nice to know there are selfless people like that about nowadays!!!

Rob S
Nice post, I have to back up the ‘lawyers on tv’ point; they try to make out they are some kind of Emergency Service, and will do what it takes to HELP you. It’s nice to know there are selfless people like that about nowadays!!!

[email protected]
funny post, thanks for sharing that. Because of those exact points is why I limit my tv watching. If and when I do watch daytime tv, its usually a history channel or something at least a little educating because theres no way I could waste valuable time watching shows geared towards your stay at home compulsive spender.

Neil Uttamsingh
I do agree that Personal Injury Lawyer have some very hard hitting commercials. I find the commercials of a lot of the Personal Injury Lawyer in Buffalo quite funny. Since I am in Toronto, I get a few local channels from Buffalo on cable as well, due to the close proximity. In defense of personal injury lawyer, I have a friend who is a personal injury lawyer in Canada. As much as they are dubbed as ‘ambulance chasers’, I was very surprised to see how many people were motivated to sue insurance companies. Many of these people come out of the wood work whenever they are in an accident, and sometimes very little encouragement is given on the part of the personal injury lawyer. My 2 cents. Regards, Neil. .-= Neil Uttamsingh´s last blog ..What is the X Factor and how can it help me buy my first rental property? =-.