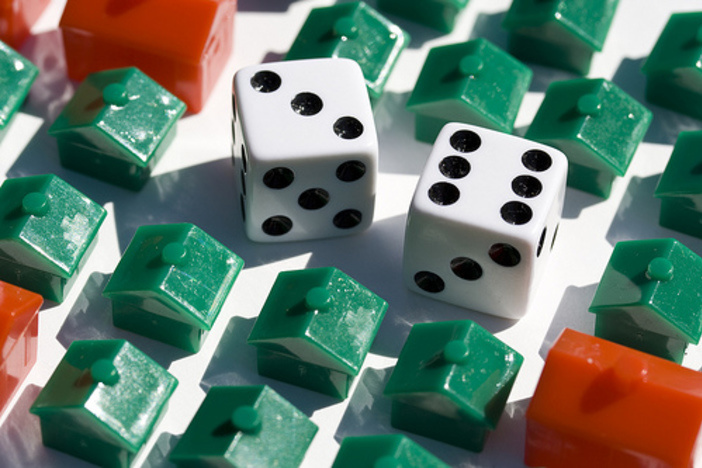 When it comes to potential new legislation governing the mortgage industry, the cure may prove worse than the disease.

The Senate is preparing to consider the “Restoring American Financial Stability Act,” a wide-ranging bill that aims to resolve lingering problems involving “too big to fail” outfits and institutional risk. But, at least as currently written, the legislation could wind up harming consumers and eliminating competition by snuffing out community lenders.

Recipe for Disaster
The major sticking point surrounds proposed risk-retention requirements for mortgage bankers. The act would require lenders to retain at least 5 percent of the credit risk, a threshold that would likely put hundreds of small and mid-size lenders out of business.

Consider a community lender that originates $1 billion to $1.5 billion per year, which, as strange as it might sound, isn’t a terribly huge figure. With the proposed retention rate of 5 percent, that company would have to hold over $120 million after five years. To put in perspective, most of these companies have a net worth of $2 million – $5 million.

Small and mid-level lenders would literally close by the thousands.

That could have major implications for consumers who rely on community lenders, who account for nearly 40 percent of all home mortgage originations nationwide.

A handful of mortgage lending organizations and advocacy groups recently wrote a joint letter to the Senate majority and minority leaders urging for the creation of a “zero” risk category for qualified mortgages that are safely underwritten.

Higher Rates, Fewer Jobs and Little Competition
Their concern in part is that broad risk retention will ultimately punish consumers and the economy at-large, especially since the mortgage industry has already ushered in safeguards and more restrictive underwriting.

“Elimination of this critical segment of the market – often smaller businesses that serve underrepresented areas and borrowers – would limit capacity and choice for consumers, driving up borrowing costs or limiting access to mortgages altogether,” the letter reads in part. “The last thing we need in a real estate market that is just beginning to see signs of recovery.”

A wave of closures and consolidation among smaller and mid-size mortgage lenders would simply make it easier for those same “too big to fail” firms to gobble up greater market share.

The “Skin in the Game” Myth
The prevailing sound bite about mortgage industry regulation surrounds having “skin in the game.” It’s important to note that responsible and qualified lenders already have a good deal of “skin in the game” without adding new and suffocating risk-retention requirements.

It’s already standard practice — and often mandatory — for lenders to repurchase loans or indemnify losses on loans that fall short of standards. Incentives currently exist for lenders to originate solid and well-performing loans.

Instead, it would spell “game over” for thousands of mortgage industry workers and millions of consumers who benefit from market-driven costs and high-stakes competition.

ron smith
Well I’m not surprised. The Fed just keeps doing either nothing or the wrong thing. Strategic default is one thing. But what about the people who were ripped off by subprime loans. The big banks seem to make out any way you slice it.

Diane Thompson
I don’t even know how that idea has lasted long enough for you to write this awesome post on it. Obviously I would have to research it more, but from the post here it is clear that above proposed “Mortgage Industry Reform” is not the right choice. Effectively eliminating small to mid-size competition to big institutions is asking for trouble…