Having one of your properties sit vacant is one of the biggest money sucking problems a real estate investor can face. As we struggled to rent one of our latest properties out, we started to really understand the big benefit of doing a tenant first rent to own strategy like I discussed a few weeks ago. That big benefit is not having to worry that the property you just bought might have to sit vacant for awhile while you find it’s future residents.

With vacancy prevention in mind, we have been showing our properties before we actually own them. We put it in the purchase and sale agreement that the sellers will allow us to show the home three times – each time for 90 minutes – for the purposes of finding tenants. We only show the homes if we think they look presentable because we want to attract good tenants, but we will show them occupied.

As long as the property is clean, in good condition and doesn’t smell badly, I find that it is usually ok to find tenants with the property occupied. I will never show a property that is beat up, really messy or stinky because that sort of situation attracts the wrong kind of tenants.

But even if a place looks good occupied, I am starting to think that showing a property occupied is not the way to find good tenant buyers.

With lease options (rent to owns) there is a greater emotional attachment to the home. There is also a higher standard the home must meet in order to be something they actually want to work towards owning. So when it comes to finding tenant buyers I am starting to think that vacant is better. It seems like even though I can see how amazing a house is, there are just too many issues that are hard to see past when someone else’s stuff is in the way. And – what we’re finding – is that when you advertise it too much before you actually own it, by the time it is vacant you have no momentum left in your advertising to get new interest in the place.

But I don’t have enough evidence to decide yet and I really hate to have vacant properties so I would love to hear what my fellow investors here at Bigger Pockets have to say about this. But first, let me recap how things have been going since we started to focus on rent to own properties late last year:

First property we filled as a rent to own.

It was clean, cozy and showed pretty well with the owners belongings in there. He was a single guy and didn’t have a lot of stuff. We showed it to six different people and from those people we found a very happy couple that fit our program perfectly. They pretty much moved in right after we took possession, leaving the home vacant for only a week or so.

Now this one was a little trickier. It’s a gorgeous character home with ocean views. I could see it’s charm and appeal but it did need some work. We had three open houses and had 15 or so different groups of people come through the place. We didn’t have anybody interested enough to even fill out an application.

We took possession at noon on a Saturday and had the house filled with carpenters, painters, and other labourers working to get it cleaned up and fixed up. On Sunday afternoon a couple came by to take a look at it, and completed an application on the spot. The final work was completed on Wednesday. The carpet cleaning company rolled out on Thursday at noon, and their moving truck rolled in Thursday at 12:01 pm.

It took the property being vacant and for work to be in progress for someone else to see just how great this home was. But that was all it took.

This one is in an area that EVERYONE seems to want to live in. And, it has a basement suite. Those two factors combined to make it a home that we barely even had to show to get it filled. And honestly it did not look good when we showed it and the people still grabbed it quickly. I guess this really is an example of just how critical location, location, location is! Of all the homes this one was the least attractive and needs the most amount of work in my opinion yet we could have rented it sight unseen because there was THAT much demand.

This is the one we’re stuck on … we had a super long closing on it and probably started advertising it too early. We had it under contract in February but didn’t close on it until June 1st. We started advertising it in early March and showed it three times to about 10 different groups total and never even had anyone complete an application.

We had a lot of people interested in it, because it’s in a very convenient location. And a lot of people love the fact that it’s only four years old, but until it was vacant we didn’t even get an application.

Looking back … maybe it was the way the home was decorated for a retired couple?

Or maybe the furniture made the rooms look too small?

I’m not sure … all I know is that since we took possession and painted it, we’ve had applications and we’ve had very positive interest … but we still haven’t had anyone sign on the dotted line.

Now that it’s vacant – there’s a dramatic difference in the results but we have no momentum behind our ads. I even tried pulling everything down for a week and relaunching … but that didn’t seem to fool anyone! We have had less response to the property in the last 2 weeks then I had in the first 2 days when I initially posted it.

So with the next couple of properties we’ve got coming up I’m wondering if we should even show them before we have possession of them. I hate to guarantee myself a vacancy but I also don’t want to end up with a great property that everyone knows has been on the market for nearly 4 months … wondering what’s wrong with it or worse, what’s wrong with our rent to own program! 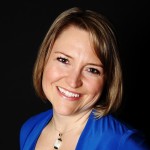