No Problem Is So Big It Cannot be Run Away From

Charlie Brown once said “There is no problem so big it cannot be run away from.”

When you put together a deal on a property make sure you have some time to do your due diligence free from the emotional stress and strain of price negotiations. On typical deals you will have an accepted offer that is conditional upon a few subjects. During that period of time you are usually able to better assess the deal in a calmer mind set and sometimes you’ll discover the deal doesn’t look as good as you once thought.

Unless you have a really good and well thought out reason for skipping this conditional period (for example, you are bidding on a foreclosure or a tax sale and you did all your due diligence in advance) it’s a good idea to always have it. During that time you can have the property inspected, take other people through the property (like potential buyers if you’re flipping or potential renters if you want to fill it fast), you can run the numbers in various scenarios and you can just take a step back and make sure the property fits within your goals.

Once you start doing this extensive research on the property you may find that you’ve got a real money pit on your hands … and if that is the case you want to make sure you’ve given yourself plenty of ways to head for the hills as fast as possible.

Signs of Do It Yourself Done Badly

We recently discovered a house that seemed ok on the surface but as we dug deeper and deeper into the property we felt it was just such a problem that was worth running away from. A few of the issues that came up after we had an accepted offer:

An issue here or there with a home is to be expected but when you have a bunch of problems you can see (especially  when some have been hidden by fresh coats of paint or clever placement of belongings) that indicate poor work has been done on this property from the beginning, the next question is: What can’t I see?

Which is why Charlie Brown’s words come to mind … and why this problem was not too big we couldn’t run away.

Snoopy’s words also come to mind “Yesterday I was a dog. Today I’m a dog. Tomorrow I’ll probably still be a dog. Sigh! There’s so little hope for advancement.”

Give yourself time to calmly assess every deal and look at it objectively. Look at the numbers but also look at the quality of the property and the work that has been done. You just mind find the odd dog of a deal you should run from. And if you’ve set yourself up with room and time to do this you’ll be able to save your energy, money and time for the good deals. It will also help you avoid you telling a story like Charlie Brown did:

“Sometimes I lie awake at night, and ask, ‘Where have I gone wrong?’ Then a voice says to me, ‘This is going to take more than one night.”

Bilgefisher
Julie, I recently had to walk from a deal. In hindsight is was probably the best $1500 Ive spent recently. The old saying a deal not done may be the best deal done. Good post on not getting sucked into a deal. Jason

Julie Broad
Thanks Jason. Great summary of the post “Good post on not getting sucked into a deal.” Ultimately that is what it comes down to!! Giving yourself an out if you need it and being ok taking that out … because sometimes it’s hard not to just try and make the deal work!

Mike Pedersen
Julie, Your section on “Signs of Do It Yourself Done Badly” was really good. As a homeowner, I learned a couple of things, which was really good. Those alone will give you a good idea of a house that’s worth looking into further or walking away from. Mike

Julie Broad
Thanks Mike. Looking back this is actually two articles … one on how to spot problems you might want to run from and another one on making sure you give yourself the time and space to run!! Glad you enjoyed the tips inside!! I hope I didn’t just give you tips on how to cover up problems in your home when you go to sell 😉

Rachel Aka Mobile Home Gurl
Very good info here, Julie. I definitely agree. It’s not a good thing to be rushed. I really will not commit to anything anymore that I won’t live in myself. Usually, I go in looking at a home with a homeowner mentality as if I were going to live in the home myself. It’s really helped me to see what kinds of issues concern homeowners. There have been numerous times where a seller would be rushing me to buy a home. It’s definitely a red flag when they keep questioning why I’m inspecting everything. I agree about the home having issues – if it has many major issues to begin with it the issues could get even bigger. Good tip about the paint covering up rotting wood. I have seen paint used to cover up issues. One of them have been ceiling and water damage. Though, after awhile the rings on the ceiling indicating water damage sometimes bleed through the paint. About the stairs inside, I can only imagine – I hope it’s not the case like the stairs in the film “The Money Pit,” what a disaster!! Great tips, thanks for sharing!

Julie Broad
GREAT point about the ceiling Rachel. We actually saw water stains under the deck at a different house and it had been freshly painted so we suspect they were trying to hide a leak. We had already found the issues in the deck though so we expected a leak (and we found it during the inspection). Your point is important though. One thing we always do is open up closets and look up. Usually people don’t paint the closets and you can sometimes see water problems in there – even if the rest of the house has paint hiding them. As always – thank you for your valuable comment!! Oh – and the Money Pit is an awful movie. It gives me nightmares. YIKES!!

Rachel Aka Mobile Home Gurl
Oh my goodness Julie, that’s crazy about the deck! I never even thought of looking underneath the deck. Thanks for sharing, I’m definitely adding this to my inspection checklist! 🙂 p.s. Oh, lol about the Money Pit! It’s such a hilarious movie, I re-visit it from time to time for kicks and also just as a reminder to always be on top of my inspections!

Bilgefisher
Good idea on checking the closets. I always look up in the closets, but have never specifically looked for water issues. I was always looking for the stinkin light switch so I could see in the closet.

Shae Bynes
Cat heads in the freezer? Yikes! Julie, this is a great post and you’re absolutely right about taking the time during the inspection periods to do exactly that….INSPECT!

Julie Broad
Haha!! That is funny. You know the worst thing is going into a basement and looking for a light switch. Every horror movie I’ve ever seen flashes through my mind. Plus, one of my realtors told me about this house he showed a client where the client opened up the freezer and found it was full of cat heads. Ever since that story I am SO freaked about what I might find in freezers, basements and even closets. That might make a great Hallowe’en post actually …. 🙂

Andre Vachon
Carry a good flashlight with during your walk through and preliminary inspection for those dark or poorly lit areas. You will be amazed what you see!

Shae Bynes
Cat heads in the freezer? Yikes! Julie, this is a great post and you’re absolutely right about taking the time during the inspection periods to do exactly that….INSPECT!

Julie Broad
GREAT point about the ceiling Rachel. We actually saw water stains under the deck at a different house and it had been freshly painted so we suspect they were trying to hide a leak. We had already found the issues in the deck though so we expected a leak (and we found it during the inspection). Your point is important though. One thing we always do is open up closets and look up. Usually people don’t paint the closets and you can sometimes see water problems in there – even if the rest of the house has paint hiding them. As always – thank you for your valuable comment!! Oh – and the Money Pit is an awful movie. It gives me nightmares. YIKES!! Reply Report comment

Andre Vachon
Good info and investigative approach to your article. I am a home inspector and this is the mind set of a home inspector as we move through a home. My “trust level” of the homeowner and all the “new and improved” aspects of the home showcased by the seller’s Realtor falls into question when I find coverup, everything new is suspect. We call this “putting lipstick on a pig”! Home inspections can be an important tool for both a home owner proir to listing a property and obviously for a potential purchaser. We can’t see it all with a visual inspection but hiring a trained eye is worth a lot of peace of mind! And yes Julie is right with the need to take the time to collect your thoughts with the information you have gathered and decide whether this deal is right for you.

Julie Broad
Thanks Andre. We aren’t nearly as methodical as an inspector – which is why we always hire one!! I think it’s critical unless you are someone who will spend 3 hours going through every detail. Good tip about the flashlight … that would come in handy on many occasions including when you can’t find the light switch or there isn’t one to see up into the dark corners of closets.

Julie Broad
Oh and I never get tired of the expression “lipstick on a pig!!” 🙂

END_OF_DOCUMENT_TOKEN_TO_BE_REPLACED 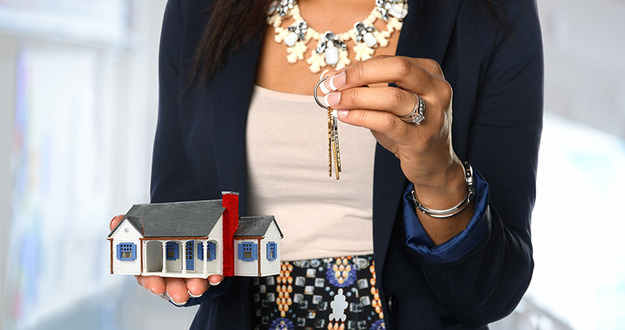 Let’s go over a few ways to find deals in today’s market, combining tried-and-true methods with creative approaches to get those deals. Figuring out how to leverage techniques to buy deals in the competitive environment that exists nowadays is the key to success in real estate.