Vacancy rates fell in the multi-family sector.  REIS reported that apartment vacancy dropped from 6.6% to 6.2% in the first quarter of 2011.  This is the biggest drop in the rate since REIS started tracking it in 1999.  Rents increased slightly (0.5%) to $991 per month.  Increases occurred in 75 of the 82 markets that REIS tracks.

Rental vacancy falling is a reflection of the trend away from home ownership and new apartment construction at ¼ of normal levels.  Also job growth among 20-34 year olds is spurring household formation.  The tightest rental market for apartments is New York at 2.8% vacancy and the highest vacancy was in Memphis, TN at 11%.  Doing business in both markets I have some insight here.  New York is New York; the rental market here had a hiccup rents are high at over $2700 per month.  In Memphis, much of the apartment stock is in poor condition (rents $634/mo.).  A lot of the tenant population favors single-family homes.  Quality rental stock is at a premium there with low vacancy.

CoreLogic: 7 Months in a Row of Price Declines

Home Prices are continuing to decline, approaching an official double-dip. There are some bright spots though including; West Virginia (+5.4%), New York (+4.7%), North Dakota (+4.1%), Maine (+3.6%), and Alaska (+1.2). What’s particularly interesting is a glut still exists in places like Florida and Arizona.  Population trends still predict huge growth for these states.  I wonder when the bottom will be found?
Interest Rates Flat

Rates have stayed pretty low over the last few weeks.  This is a relief from the sharp rises at the beginning of the year.  Unfortunately the low rates are due to war in the Middle East and the Japan crisis.  Investors continue to find US Treasuries as a safe-haven.  With our own debt crisis looming and new signs of inflation we can count on higher rates by the end of the year.

The Mortgage Bankers Association reported mortgage applications declined 2.0% for the week ending April 1st, 2011.  The decline was caused by the drop in refinance activity. The Refinance Index was down 6.2%.  The Purchase Index meanwhile was up 6.7% to its highest level of the year.  The 4-week moving average for refinances is down 3.2% and up 0.9% for purchases.

The purchase application index rose to the highest level of the year as FHA insurance premiums set to rise.  Even if this is the case increased purchase activity is good.  This shows consumers are aware of pricing changes in the market.  Also it looks like the refinance boom is waning as many people have already refinanced and now we’re in a higher rate environment.

There’s still major cause for concern in home prices, the decline continues but the fundamentals are still improving. Rents are edging up due to lower vacancy rates.  Rents trailed home prices on their way down.  Prices fell on properties and when leases renewed they adjusted down.  Rents could lead the way back up though as home prices still languish but there’s an obvious demand for rentals.  Investors buying-to-hold will reap these rewards now and for the foreseeable future. 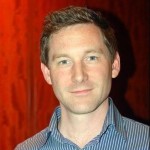 The Ticking Time Bomb In Real Estate Is Not Prices—It’s This
Calm Down, Short-Term Rentals Are Doing Fine
NAR Economist Thinks Housing Prices Could Rise In 2023—Is That Possible?