Mortgage Notes and Too Big to Fail Banks 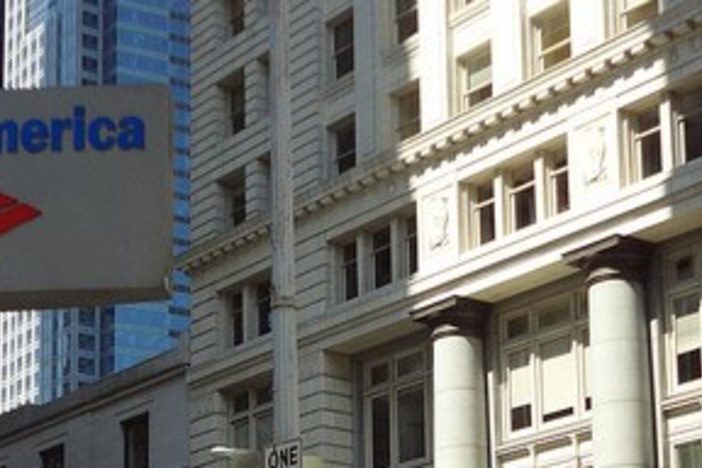 Mortgage notes and the owner financing market have a relative purity that is difficult to match in the rest of the lending world.  A mortgage note (a.k.a. real estate note or deed of trust note) is an arms-length transaction in which a party sells his or her property to a willing buyer on terms to which they have both agreed.  The transaction is open and transparent, with both sides taking responsibility for the property and financing arrangements.  Yes, there is occasional fraud and some devious action even when creating a real estate note, though use of a title company and competent attorney can prevent most such issues.  However, those issues are most definitely the exception.

The key is that, unlike with securitization, government guarantees, and other games that banks play to shed risk, both parties take responsibility for their own actions.  Even if the real estate note holder chooses to later sell the note to a mortgage buyer, a due diligence process takes place that keeps everyone’s actions out in the open.

Little of that seems to have happened with big banks over the past decade.  Banks that have been deemed “too big to fail” are larger than ever, and any hope of reducing their size seems lost.  Last week, there was supposedly big news that Moodys had downgraded the debt ratings for three of the biggest banks – Bank of America, Citigroup, and Wells Fargo.  Various analysts gushed that this was a new political reality, and Representative Barney Frank exclaimed that he was “pleased that the rating agency recognizes that such large institutions are not ‘too big to fail’.”

The reality is that very little has changed over the last five years.  The big banks have kept getting bigger, their compensation bonuses stayed huge, and they are continuing to take excessive risks, all the while knowing that the taxpayer will cover the losses.  Nobody of consequence has gone to jail over the mortgage crisis, partly because those crimes are difficult to prosecute but mostly because Wall Street is so connected to Washington.  As Fortune magazine stated, “the banks are bigger and more interconnected than ever before, making a potential failure more devastating than when the government allowed Lehman Brothers to collapse in the fall of 2008.”  Since the Dodd-Frank bill, which included in its 2000 pages that important banks could fail in an orderly fashion without government support, nothing material has happened to prevent that.  Bank of America is in the most precarious position, as its $2.5 trillion in assets are about equal to 18% of the U.S. GDP and it is heavily exposed to the mortgage market.  B of A today has ten times the assets that Citigroup had twenty years ago when it was the largest bank.

The best solution would be to cap the size of the banks so that a failure or even a series of failures would not trash the financial system.  That would also increase competition and probably lower costs.  Of course, capping the banks’ size won’t happen  anytime soon as it is not being pushed by either party because Wall Street lobbyists have such a huge influence on the politicians.  The big banks have become oligarchies with financial and political powers that far exceed their contributions to society.

As real estate investors and note buyers, we have very little influence to make politicians be rational and do the right things for the country.  About all that we can do besides writing to our congress people is to live within the law and keep high ethical standards so that more imposing regulations don’t appear.  That is a difficult pill to swallow, but then most government actions are these days.

REAL ESTATE HIGHLIGHTS OF THE WEEK

Dylan Darling
Our coutry is run by people with money, banks have the most money… therefore they have a big say in how our country is run. Its bogus. Banks have tightened up on lending, but its almost all automated approvals. What happend to the day you’d sit down with a banker and hash out a loan. They’d look at your situation as a whole and decide if you’re a good borrower. We need to bring this mentality back.

Kyle Hipp
Banks don’t have all the money, the banks do however have access to keystroke cash from the federal government in which they lend out and back with reserves. We really need Americans to understand the true functions of our financial system. This would show that banks are to be public utilities not operations that strive to sqweeze profit from any and all sources.

Francisco
Bank failures has provided me some business. Unfortutely, while it may at times help me out, for most homeowners, or potential buyers it only tends to diminish their ability to borrow and finance their new purchase. I am optimistic that the market can only get better after this year. Let’s all hope for the best.

Alan Noblitt
Francisco, I hope that you’re right, but I am less optimistic than you. Alan