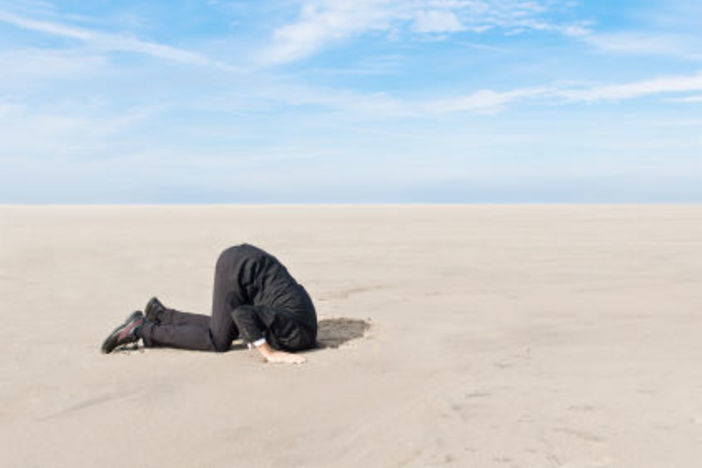 After a quick public records search I discovered that Kevin took out a huge second mortgage in June, 2005 for $300,000.  As of today he owes $570,800 (not including arrears, late penalties and legal fees) on a house that’s worth about $400,000.  The reality is that Kevin is over $170,000 underwater.  Here’s a little more reality – it will be more than 15 years before Kevin can sell his house and pay off the outstanding debt.

This week the President of the United States, at a press conference in Las Vegas, announced an expanded Home Affordable Refinancing Program (HARP) to help underwater homeowners refinance their mortgages.  The local newspaper made this front page news with a headline that read Arizona Underwater Homeowners to get Refinance Help.

The first sentence of the story proclaimed:

“More Arizona homeowners may soon be able to refinance to current low mortgage-interest rates, no matter how far underwater they are in their homes.”

After reading this article I wondered.   Who is in denial more, Kevin the homeowner or our federal government?  Allowing homeowners to refinance bad debt collateralized by assets that have dropped in value by 50%, or more, is dumb.  The plan is short-sighted and merely prolongs the inevitable.

There is a very simple, yet painful solution to the housing crisis – a massive default.

I first read about this idea last month.  Brett Arends of the Wall Street Journal wrote a commentary titled Massive default is the best way to fix the economy.  He proposes a national chapter 11 bankruptcy.  Most companies with outstanding debt that far exceeds their assets and equity do it.  Why shouldn’t an underwater homeowner have a similar option?

Arends concludes that “The correct moral hazard is to punish the banks who lent imprudently by making them eat their own losses.” Unfortunately, this will never happen.  Not when the banks can scare a large percentage of their borrowers into paying their mortgage every month – even if it means draining their savings and retirement accounts.  It certainly won’t occur with an administration that would rather apply a band aid to a gaping head wound than perform brain surgery.

And it definitely won’t take place because of emotional homeowners like Kevin who remain in denial.  His house sold today at the auction for $361,000.  Still, he’s not giving up without a fight, even if there’s nothing left to fight for.

Jake Kucheck
People are paying 90 cents on the dollar at auction???

Marty Boardman
Jake, sometimes for more than 90%. I bid $323,900 on it. There are tons of out of state second home buyers and investors in this market bidding everything up beyond what a fix and flipper can pay. I’ve seen homes sell at the auction for full retail value.

Jake Kucheck
Doesn’t seem like a terribly attractive auction to be at… some reason you’re still going? On a related topic… there was an “Occupy” protest immediately adjacent to one of our courthouses yesterday which apparently scared off all of the other bidders, allowing us to pick up a sub 60% property on a penny over bid. I can’t help but see some irony in that.

Marty Boardman
Jake, you never know when a deal will fall through the cracks. And it’s not like I physically go down there every day. I use a bidding service. I find that bidding every day, regardless if I win, keeps my skills sharp. Don’t want to lose my edge. As for the “Occupy” protest, investors in your area sound a little thin-skinned. It would take bomb scare for the bidders here to get chased off like that.

Judi Boad
I know you are right about auction prices in the Greater Phoenix area Marty! The last statistics I saw showed only 30% of homes for sale were REO, driving bank owned property values up for investors seizing this monumental opportunity!

Jim Pratt
Why would anybody barrow that much if they knew they couldn’t make the payments, unless it was an ARM loan. Been better off selling when the value was up. In Kevin case, I would blame him before blaming the bank. Arends is 100% right, banks were too greedy going after loans. Their the ones that should be penalize. As for Auctions, you do get a better selling price than normal. That’s why I don’t go to them, if I did, wear a suit and stand up front, look like a banker.

Marty Boardman
Jim, I’m pretty certain Kevin wasn’t in the minority when it came to borrowing like this. I was guilty of it myself. When you’re making 30K a month doing flips a $5,000 monthly house payment doesn’t sound too bad. Maybe he used that 300K in cash from the second to invest like a lot of other people were doing at the time. Then in 2007 the music stopped. Here in Phoenix it doesn’t matter how you dress at the auction, or where you stand. There are guys down there in T-Shirts and flip flops that have more money than most bankers do.

Judi Boad
Thanks for the Cromford Report stats Marty!

Dave Roberts
Our northern California auctions in Sonoma County typically only have a few percent of homes available to third party buyers. The vast majority go back to the banks who will eventually put them on the market. I do agree that bankruptcy “cramdown” was and is the best solution for the problem we face, but it got voted down in an earlier session of congress and is unlikely to be able to pass.