The Upcoming BiggerPockets Summit Will Set the Bar Higher 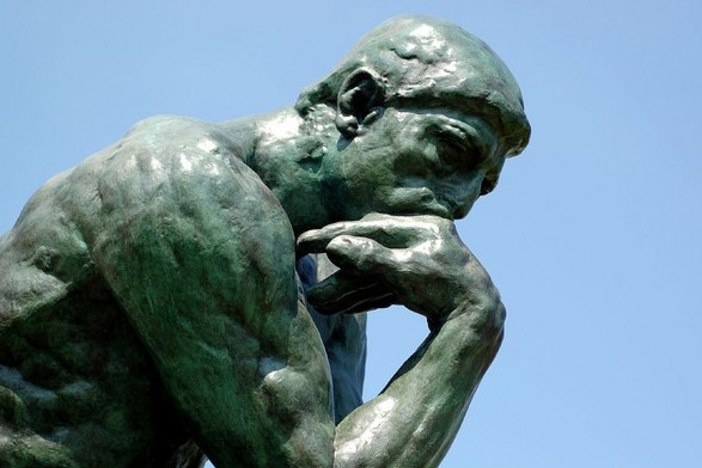 Though licensed many years earlier, I didn’t attend my first seminar/conference until 1977ish. It was a seminar on real estate counseling put on my an icon in the business. Same with the next two I attended, both led literally by real estate icons. Then it was on to CCIM training in 1980, one of the worst real estate years in my memory. The classes were taught by licensees who were doin’ what they taught. They worked for or owned real estate investment brokerages.

Those first few seminars and the CCIM training were the catalysts to pretty much any success I’ve had since. The lone exception being what experience has taught me. I suggest, based upon the speakers and their topics, that the first BiggerPockets Summit has the real life potential to do likewise for those serious about learning — and more importantly, applying same.

For the first time since before I had kids, I’m a bit nervous. Gonna be a speaker at this shindig? You better dang well have an ‘A’ game — and ya better bring it to Denver.

The speaker lineup is, to abuse understatement, impressive. If you’re lookin’ to learn about investing in real estate in all its forms, there’s a speaker or six just for you. Josh Dorkin has put together this array of speakers. I’m not easily impressed, but this roster of speakers promises to be the bargain of 2012. Take a gander at the speakers’ bios. Not a pretender anywhere. These guys are the real deal, and hardcore to boot. I’m proud to be listed among them.

Theory isn’t invited to The BiggerPockets Summit — It’s about what works — Period.

The subjects being taught will come from years, oft times decades of hands on experience. The potholes many of us will be talkin’ about are ones on which we’ve wrecked our own front ends. 🙂 From where I sit, mappin’ out the potholes is merely a bonus. The real gold to be mined at the Summit will be the step by step strategies outlined by the speakers. Allow a baseball analogy from real life.

The most underrated pitch in baseball

It’s only my opinion, but that pitch is what’s known as a ‘cut’ fastball. For those less than apathetic about the game, it’s thrown hard like a fastball, but the grip is slightly altered, along with the pressure applied by the pitcher’s middle, or sometimes index finger. Suffice to say the result is what’s known in the sport as a last second ‘wrinkle’ as it approaches the batter’s ‘hitting zone’. Most of the time they’ve begun their swing before they realize the ball has changed direction ever so slightly, usually no more than 2-6 inches. Instead of hitting a scorching line drive into the gap in left centerfield, the ball is often hit weakly on the ground for an easy out. Those itty bitty inches are the difference between striking the ball on the bat’s ‘sweet spot’, or hitting it on the end or handle of the bat. Sometimes, the wrinkle is so modest, the hitter mutters to himself on the way back to the dugout, wondering how he coulda missed such a ‘lame’ pitch.

As a pitching coach in youth baseball for years, I found the ‘cutter’ to be the most difficult pitch to teach. I took a particularly promising kid to a former pro I knew, paying him to pass along the pitch to him. He did a much better job than I’d been doin’. Duh. Bottom line? Though that young man never threw harder than 83-85 mph with a force-5 tornado behind him, he made a local junior college roster at just 17 years old. He managed this, in my view, as a direct result of mastering that one pitch. It was the one putting him over the top.

Mario Rivera has been making well over $10 million annually with it for years. Top major leaguers know it’s coming just as surely as they know they’re about to be in their own dugout again.

The takeaway here, is that just like that kid turned lessons from a professional pitcher into a college rosters spot at 17, you can do the same by takin’ copious notes at The BiggerPockets Summit next month. There’s  a huge difference learning from a successful pro with monster experience, compared to listening to a wannabe who’s merely four chapters ahead of you in the book, so to speak.

Josh Dorkin, BiggerPockets owner, has set the bar for speakers at nosebleed level. I strongly recommend you take advantage of it. It’s gonna be Tiffany value and Wall-Mart prices. If you see me there, say hi, OK?

What I’ll be talkin’ about

I’ll be speaking directly to those who’re wanting to or already investing in real estate using various strategies. I’ll be outlining in detail how they can use their short term gains to establish a long term investment portfolio — OR — turbo charge the one they currently have.

Also, I’ll be illustrating how you can utilize multiple strategies simultaneously, Purposely creating synergy between them. An example will be how my clients are able to take sizable capital gains without owing a dime in taxes. Not tax sheltered, not deferred. They take the gain without having to pay.

The common denominator to every technique I’ll be demonstrating will be the end goal of greater retirement income — sooner rather than later. Hope to see you there.

Tim
Excellent analogy, Jeff. Being a national league fan, Greg Maddux and his maddening movements were running through my head as I was reading this. Then you mentioned Rivera. Just as, if not more, maddening.

Jeff Brown
Hey Tim — This guy used to give top hitters a ‘polite’ 1-4 day. They all thought his fastball was subpar, which, in reality it was. But with multiple pitches and their eyes gettin’ big every time they thought they read fastball, but got cutter instead . . . Maddux is the poster pitcher for movement, isn’t he? Can’t wait ’till the Summit.

Nick Johnson
You are one of my top 3 reasons why I’m going(Rich Weese and John Fedro) are the other big 2. I’m going to kick Josh in the shins if he schedules you at the same time as either of the other two.

Bilgefisher
I bought my ticket as soon as I heard about the conference. Then I got the list. I kept reading the names and my eyes kept getting larger. I feel like a kid not only going to the all star game, but getting to talk to the players as well. My coach (who is also speaking) made a great recommendation. Go in with a game plan. Know who you want to talk to and what topics you want to learn about specifically. Plan on the items you are looking for to improve your business. At a conference like this it can be very easy to get S.O.S. (shiny object syndrome) Jason

Jeff Brown
Thanks, Nick — I’m lookin’ forward to meeting you there. Hey Josh, you read what Nick said? 🙂