THE Only Person Responsible for You Being Better, or Worse off, Today 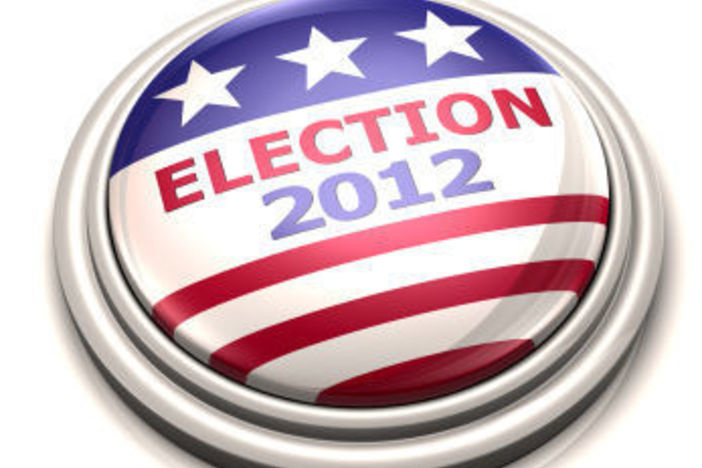 Standing at a podium in his crisp, dark blue suit, Ronald Reagan, the Republican candidate for President in 1980, looked sternly into the camera and posed this question to the American people: “Ask yourself, are you better off now than you were four years ago?”

He was debating Jimmy Carter. The economy was in the tank. Virtually every indicator, from consumption, to GDP to the stock market, suggested the end of the world was at hand. Of course, Reagan went on to win the election in a landslide.

If you’ve been paying any attention to this year’s election coverage no doubt you’ve heard both Republicans and Democrats debate whether or not Americans are better, or worse off, than they were four years ago. At a rally earlier this week Republican Vice Presidential nominee Paul Ryan said, “Simply put, the Jimmy Carter years look like the good old days compared to where we are right now.” A day later Vice President Joe Biden responded, “You want to know whether we’re better off? I’ve got a little bumper sticker for you: Osama Bin Laden is dead and General Motors is alive.”

Lost in all of the campaign rhetoric, the ideology, the polarizing prime-time TV talk shows, the political propaganda spewed at both the Republican and Democratic conventions, the half-truths, the non-answers and ominous economic forecasting is one fact that’s completely overlooked: there isn’t a damn thing any President, Republican or Democrat, or Senator, or Congressperson can do to make you better, or worse off than you were four years ago, 8 years ago, or 30 years ago.

The only person responsible for you being better, or worse off, today is YOU.

When I woke up this morning I asked myself the question, “Am I better off today than I was four years ago?” The answer was yes. Yes, yes, yes, yes, yes.

I'll celebrate 14 years of marriage in October. I love my wife now more than the day we got married. My daughters inspire me everyday with their creativity and desire to learn. My bank account, while not as big as it used to be, isn't shrinking anymore. For the past 10 years I've gotten to do what I love – invest, teach, write and talk about real estate investing. I turned 40 earlier this year and I'm in the best shape of my life. I ran in a 12-mile mud obstacle course race in January, do P90x every morning, and I'm currently training for a half marathon in November. My cholesterol is lower than it's ever been too. So yes, I'm better off now than I was four years ago. It's all because I made a decision to be better off – emotionally, physically, financially and spiritually.

I refuse to give credit, or place blame, for any of my accomplishments or failures on the President of the United States. I take full responsibility for my actions and give glory to God for the gifts I’ve received.

If you’re worse off today than you were four years ago, I’m very sorry. The good news is that we still live in the greatest country in the world. If you make a decision to have a positive attitude, work ethic and faith, then things will turn around.

And neither Barack Obama, or Mitt Romney if he’s elected, will have anything to do with it.

Joshua Dorkin
Marty – I have nothing more to say, but THANK YOU!

Dale Osborn
This article needs to be passed around to those holding signs stating they are part of the 99%. Well written article. Dale

Marty Boardman
Thank you Josh, Chad, Dale, and Chris. It dulls the senses thinking of all the people in this country who believe that our government has the solution to their troubles. The decision to be better off isn’t made in the ballot box – it’s made in our hearts and minds.

Sharon Vornholt
Marty – That’s a great article. Putting political parties aside, I for one am sick and tired of everyone blaming their lack of everything they are missing in their life on the president, whomever that is when the “blaming starts”. For as long as I can remember, this has been the case. Folks need to understand, that their future rests in THEIR hands. It’s not completely up to someone else to fix everything for them. Sure, the economy could be better, and we won’t always agree with the person in the oval office. But ultimately each person is responsible for every one of their successes as well as their failures. With real estate, every individual has the opportunity to change their circumstances if they are willing to commit to learning and hard work.

Kama
It’s an obvious fact that personal responsibility has a great- most likely the greatest- effect on your well being. Who wants to hear whiners blaming everything on someone else? Whether it’s government, corporations, their next door neighbor, or their mama who didn’t find their socks for them growing up. And yet- it’s just plain wrong to say there is not a damn thing that any federal level politician can or can’t do to make your life better or worse. Government greatly influences the outcomes in people’s lives- in picking winners and losers directly (think gov’t contracts, farm subsidies, or kill lists)- or the general way in which we live (military to protect our borders, highways, keeping the flu at bay). How did we get to be the greatest country in the world? By chance? Can the USA run on autopilot? Don’t let anyone off of their personal responsibility to shape their lives- but don’t let anyone off of their civic responsibility either! That’s how we shape this greatest country! To use a real estate analogy- Sure, you could be the bouncy ball floating on the top of the septic tank muck- or you could be the beach ball floating on top of the sunny blue swimming pool! The pool/septic tank is what we make of this country as citizens, and where we float or drown in it is up to each individual.

Steve Toohey
Great article Marty. My only, and perhaps obvious, comment is that when you take personal responsibility for your own well being, you ARE making a political choice as well… whether you know it or not!

Josh Stevens
This is one of the best articles on politics I have read in a long time! Life is what you make it, glad to hear your making it good!

Julie
I really liked this article because I felt it was so balanced. One, government isn’t the solution to everyone’s problems (though it certainly helps the whole country that we have things like roads, railways, etc. Thank you Government!!!). But TWO: Government is NOT the enemy. We can’t forget that either. Instead we have to do as the author mentioned – just make a decision to make our own lives better. Lucky for us, in our country the government permits awesome free access to information – like libraries!