Real Estate and “The Bathtub Recovery” 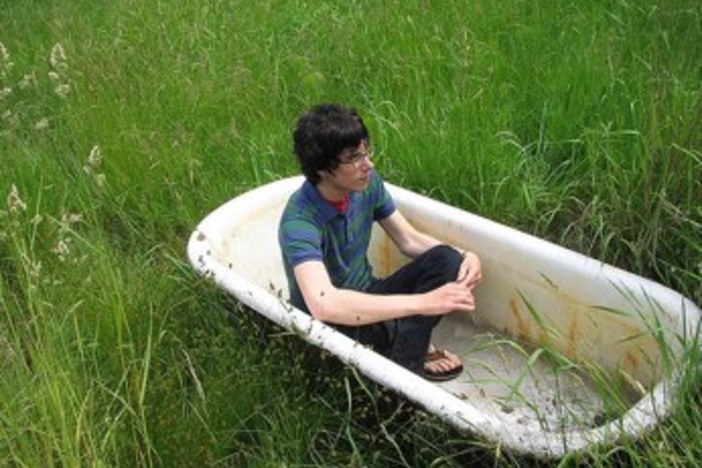 In last week’s article I talked about the importance of a ten year plan for real estate investing. In addition, I highlighted how important it is to use changes in market cycles to your advantage and the importance of adjusting your business model to suit the current and changing market cycle. Lastly, I called the reader’s attention to the fact that the market may be turning in a significant way.

An outcome of the article was a reader's request for my opinion on Real Estate Investing over the next 10 years. That's a fair question.

Given I know one market with any level of detail I will base this article on my market of Fresno, California and let the reader decide if my thoughts apply to their market or not.

Remember when this whole real estate mess started back in 2007-2008? Everyone was asking what type of real estate market recovery it would be. Would it be “U” shaped or “V” Shaped or even “W” shape? The premise was that we would go down fast, be on the bottom for a moment, and then rocket back once we’d cleaned out the system.

As time went by in my market, I became convinced that with all the government intervention that my market was going to resemble a “Bathtub” – meaning we were going to go down fast, stay on the bottom a long time, and then at some point the market was going to come roaring back. In my segment of the market I have been picking up deals for 4 years now and I strongly believe we are closer to the end than the beginning. I see clear signs of supply shrinking and demand increasing which is a recipe for higher prices.

I suspect we may only have as little as 6 months to 2 years left before prices in my segment start consistent appreciation. Let me be clear on my segment of the market. I am talking about single family homes that I picked up for 40K, spent 10k on repairs and have replacement costs of 120K-140K. I see all of these houses being worth 90-100K in 3-4 years as we ramp up the other side of the bathtub.

Now for some caveats or things to watch…

Inflation: The first thing I am watching is all this money printing by the Fed. Normally when the Fed prints money at warp speed it means inflation is around the corner and one would think with the ridiculous speed we are printing money that hyperinflation is not out of the question. However, the process by which the Fed prints money and gets it into the economy is broken as banks are simply sitting on the cash and collecting low interest rates instead of lending it out. I suspect this is a conscious choice to buy time for the banking system to heal itself and thus if the Fed and the Big Banks keep playing this game they can keep the mountain of dollars out of the system and temper inflation.

Don't get me wrong; we will have inflation and it could be 5%-10% a year for several years but I don't see how we get hyperinflation as long as the powers that be keep the dollars earning next to nothing by refusing to make new loans.

Rents: I believe rents have to increase over the next ten years since the idea of home ownership as the key to family wealth has been destroyed. In addition, with tight credit and the requirements for significant down payments becoming common, families will increasingly be forced to rent instead of own because they are locked out of owning.

Interest Rates: This is the biggest wild card of the lot as there are so many competing forces that could drive interest rates significantly higher. The first and most important force is the world’s belief in the US dollar and the fact that we must maintain our reserve currency status.

The next factor we must get a handle on is our national debt. We need a believable plan for long term success ASAP or we will eventually see a loss of confidence in the US dollar. Assuming we get our act together, raise some taxes, and cut spending in a big way we could see low interest rates for 10 years ( a la Japanese rates for the last 10+ years).

In closing, I see my segment of the market increasing in value over the next 10 years as we move back to "Replacement Cost" from extremely depressed levels. I see Rents increasing as demand for quality rentals increase along with inflation rates in the 5%-10% range for several years over the next decade. I see a risk of rising interest rates but, if I had to predict, I could see the Fed Fund's rate staying under 2% for the next decade as there is not currently a "fiat currency" in the world strong enough to replace the dollar as the reserve currency.

With this prediction I will keep buying as many distressed rentals as I can to ensure I never say the following statement: “I wish I had bought more during the down market”.

Steve Toohey
Good article Michael. I do agree with the bathtub analogy, just not sure yet how steep the slope will be on the back side… perhaps a bit more shallow than on the front side. However, I must ask how ‘raise some taxes’ helps cure our national debt? We have a spending problem. Of course, if by ‘raise some taxes’ you mean that we need to increase overall tax revenues by getting 23 million Americans back to work and growing the economy, then I would agree.

Mike Z
Steve I agree 100% that we have a spending problem and we need to cut spending in a big way. But I also understand politics and if we are going to get something done it will have to be give and take so I say for every $5 in Spending cuts they can raise taxes $1 until we have a balanced budget Good Investing

Dale Osborn
One of the reasons that commercial loan companies have given me as to why they are not lending is they are waiting for interest rates to go up. Every year someone starts a rumor that the rates are going up to 12% so they hold out for that time. It never arrives, but the hope of higher interest rates does not die. Anyone who does not refinance or buy additional properties now will regret it in the future. Hind sight is always 20-20 but looking to the future can be very difficult. You did a great job of looking into the crystal ball for your local market. Hopefully, others will take the opportunity and get more properties before things go crazy.

Mike Z
Dale, I agree. I don’t want to be that guy who looks back and says I wish I bought more!!!! Good Investing

Kyle Hipp
Great article Michael!!! You seem to have a much more evolved understanding of monetary policy than most do. The only contention I have is with the FED “printing money”, I see the QE programs better described as Asset swaps as you pointed out no new money is being injected into the economy rather moved around. It really has helped me sleep at night with a good understanding of our monetary system and as you pointed out a fiat currency. I do not see a hint of hyperinflation anywhere in our future as we show none of the signs. Interest rates are not going to rise in any dramatic fashion. The Federal reserve controls the interest rates to a large degree, the coorelation is remarkable. The US productive capacity is still the envy of the world and we produce a full 20% of the entire world output. There will be money in real estate for the wise investor for a long time to come….

Mike Z
Kyle Glad you like the article. I am betting in a big way that Real Estate is the place to be over the next 10 years. If it wasn’t I would take my chips off the table and play a different game Good Investing

Matt
Michael, I was hoping to see this article in the near future and you delivered! Thank you. It is great to hear your thoughts on the matter and at the very least, confirm what I have been thinking as well. My only concern has been interest rates rising in the near future and the net impact on home values and buyers able to afford homes. But when looking to buy and hold as we are, even if prices did drop, the net effect on cash flow would be nothing, so in then end, I hear you saying: work to know value, buy value and repeat. Thanks again for taking my request under consideration, I really appreciated it. Have a great weekend. Matt