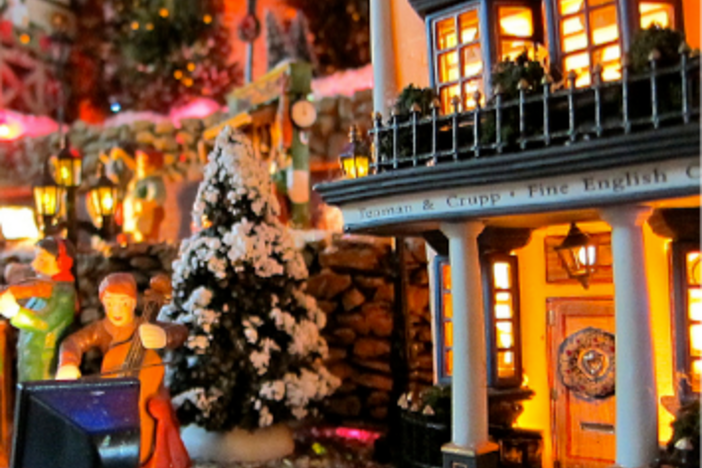 As with previous years I believe it is important to reflect on the past year and set goals for the following year.  I will leave setting goals for 2013 for the next article as I want to review 2012 first.  I want to breakdown my review of 2012 into 3 main sections – the macro environment of real estate investing, the micro environment of real estate investing, and the lessons learned of 2012.

I believe that when the history books look back at 2012 it will be marked as the year real estate investing turned the corner. Now don’t get me wrong –  we still have a few years to pay for all our sins caused by the rush of 2005-2008, but we are clearly improving.  In many cases the inflection point was initially caused by Smart Money with long time horizons and deep pockets swooping in and picking up properties by the handful.  Smart Money doesn’t wait on the sidelines for some starter’s gun, an article in a popular paper, or even one of the talking heads saying “Buy now.”  They simply run the numbers and when they can get 3-4X return on their capital compared with other popular investments they jump in with both feet.

Another point I hope is finally closed in 2012 is the great belief that a huge wave of foreclosures is going to hit the market.  If you still believe this I hear there is a bridge for sale in San Francisco.  Again, we will have foreclosures but they will be slow and not flood the market like they did in 2008.  I remember 2008 fondly and it was awesome!  Banks won’t let that happen again because they will rework loans, extend-pretend and foreclose at a measured pace for the next 3 to 5 years.

My final point on the macro environment is that statistics lie and most people are too ignorant or lazy to review the information.   Raise your hand if you heard prices are rising at double digit rates in areas that were formerly foreclosure hotbeds?  If your hand is up you have let statistics lie to you.  Put simply we are selling less properties but the ones we are selling are high priced and thus the “average” is pushed higher;  we have already processed all the cheap houses and now the higher end is being processed.   That said the more articles saying real estate is up 10-20% the more real estate will rise (We have all seen this movie before).

The Micro Environment of Our Real Estate Business

For us, 2012 really broke down into two distinct parts.  The year started with a continuation of tremendous deals from 2011.  We locked up and closed a triplex in both January and February.   Both buildings were such great deals that we recycled 90% of our capital with private investors and secured first trust deeds with 10% interest rates on repaired and leased properties.   Then two things happened about the same time.  First, we had the inaugural BiggerPocket’s event and second, Warren Buffett indicated he would buy thousands of homes if he could efficiently.  I don’t know which caused the violent and sudden change but our business and market got a lot harder with 4X the competition almost overnight (Thanks Josh and Buffett).

That said we were still able to pick up a cheap single family home in the summer that allowed us to recycle 95% of our capital via private investors.  We secured this key property because of relationships and because a previous investor backed out at the last minute.  About this time we were contacted by a bank who owned the 10 unit building next to our “Deal of the Year” from 2011.  I learned a lot about being creative and listening by putting this second 10 unit building deal together.

We continued to work at our business everyday but nothing was making sense and everything was getting bid up 10-15K over what we wanted to pay.  We kept at it but it became very frustrating as weeks and then months went by without a deal.  It had been 4+ years since I went 2 months without at least one closing and at one point this year it had been 5 months without a deal.

Then the hard work paid off –  not to mention the eleven years of building relationships.  We secured “The White Whale” of Real Estate Investing.  I previously wrote about this zero down apartment deal and I am still floored by how it all turned out.

Lastly, we secured a package property of three single family homes that could close this year but at this point I believe they will be our first deal of 2013.  I’d like to shout out to the Bigger Pockets community as I have lined up a private investor who will take a first trust deed on one of the 3 single family homes once I close, repair and lease the property.  He has been very patient as we first spoke 6 months ago but as I shared with him I would only do a deal that was good for both of us and this will be a tremendous and secure deal for both of us once the property is closed, repaired and leased.  More details will come once we close the property.

In the end, not counting the three family deal (as that will likely be a 2013 deal) we added another 35 doors to our portfolio and about 6K in additional net cash flow to our income statement which is never a bad thing.

A Review of the Lessons Learned in 2012

As I have said before – I firmly believe you need to keep learning in this business as it is always changing.  The following are a few of my personal lessons learned from 2012 (In no particular order):

In closing, I would like to say that 2012 was a great year for our business and I look forward to an even better 2013.

Frank R
Thanks for sharing your successes. We were able to add 6 doors to our portfolio in Fresno. Someday I hope to add as many as you did in one year. We also developed a new relationship at a local bank that will provide financing. One thing I want to learn from you is how you develop the private financing relationships. In 2013 I will secure a few deals that revolve around private money. Frank

Mike Z
Rolanda, Thanks, we will do our best Good Investing

Neil
Hi Michael: Thanks for this post. I always appreciate your posts. I too am interested in your program for passive investors. I looked through your website and didn’t find the details there. Is there a place that you have already laid it out that I missed? Thanks in advance. Neil

Mike Z
Hi Neil I think I wrote a blog post on it several months back called Our Program In Detail or something like that. The basics are pretty simple. We buy a distressed asset for cash and repair it with our money. Then once leased we look to recycle our capital via establishing a first trust deed and 10% note with fixed payments. We look to keep our payments below 35% of rent collection to insure everyone has plenty of security. Feel free to email me directly (email address on our site) and we can start to see if the program makes since for both of us Good investing

Michael
So True Mike. Always get their “WHY”! It is not just about price. Happy New Year