NEWS: Fiscal Cliff Bill Passed By US Senate. What It Means for Real Estate Investors. 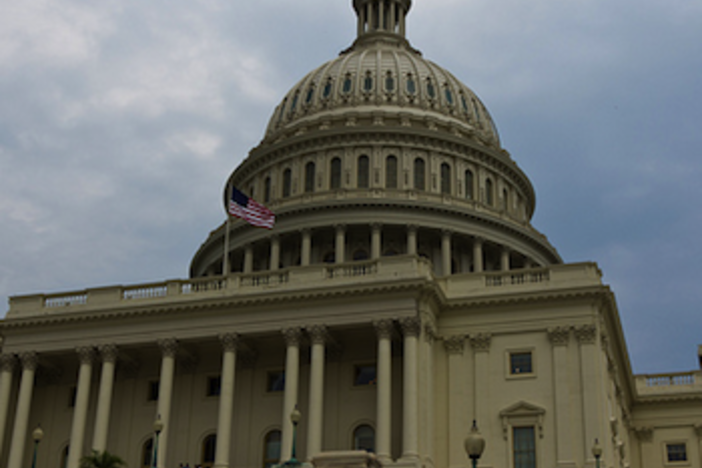 ***Update: On the evening of January 1st, 2013 – The US House of Representatives voted to accept the Senate version, sending the bill to the President for his signature.***

In the early morning hours of January 1st, 2013, the United States Senate passed the “American Taxpayer Relief Act of 2012” and the fiscal cliff ball was kicked down field yet again. The bill, passed on a bipartisan 89-9 vote, extended current tax rates for most American families. The bill is currently being debated by the House of Representatives and, if passed, could be signed by the President in time to avoid the sharp tax hikes and budget cuts that were automatically set to occur. Under the bill, most of those feared budget cuts will be extended for two months, giving the government time to come up with a more permanent solution.

The biggest news for investors was the agreement to keep the long term capital gains tax at 15% for individuals earning less than $450,000 jointly. Capital gains tax is the tax charged to taxpayers when they buy or sell an investment property, so this news is welcome relief to many investors looking to sell in the coming months.

Additionally, the passed bill did not include, as some feared, a provision to end the current tax law which allows for the tax-free the sale of a primary residence for American homeowners who profit $250,000 or less ($500,000 for married couples) from the sale of their home.

Finally, the bill extended the government's waiving of the tax that would normally be paid by homeowners who have part of their loan "forgiven" in a foreclosure or short sale. Before this policy was enacted, homeowners who's debts were forgiven in a short sale or foreclosure were confronted with a tax on the forgiven amount (as if it were income) putting individuals in a financially destitute position in an even worse place.

What do you think of this passage by the US Senate? Will the House ratify the bill and send it to the President? Will it even matter? Share your thoughts below.

Steve Cook
Hi Brandon; The Senate resolution does not extend the tax hikes for two months, only the budget cuts. The tax changes that you cite take place upon passage….IF it is ever passed. Don’t break out the bubbly just yet. The Republican controlled House is sounding like they wont approve it, in which case the tax hikes go into effect today (January 1) and the other benefits you cite for investors don’t happen. If they cannot resolve the differences by Friday (as in the day after tomorrow), the old Congress goes away and the new one is sworn in. Which means we start all over again with many new people and possibly new congressional leadership. Isn’t democracy fun? Steve

Steve Cook
Hi Brandon; The Senate resolution does not extend the tax hikes for two months, only the budget cuts. The tax changes that you cite take place upon passage….IF it is ever passed. Don’t break out the bubbly just yet. The Republican controlled House is sounding like they wont approve it, in which case the tax hikes go into effect today (January 1) and the other benefits you cite for investors don’t happen. If they cannot resolve the differences by Friday (as in the day after tomorrow), the old Congress goes away and the new one is sworn in. Which means we start all over again with many new people and possibly new congressional leadership. Isn’t democracy fun? Steve

Brandon Turner
Thanks Steve! I was hoping you would chime in! I’ll make the change above. And yeah, I’m guessing the House won’t, either. Crazy politics!

Brandon Turner
Looks like we were wrong, Steve. They just passed it through the House. Reply Report comment

Brandon Turner
Looks like we were wrong, Steve. They just passed it through the House.

Steve Cook
Brandon, Thank goodness! As I tell my wife all the time, I love being wrong. However, there is a lot to come in the new Congress that will be important to investors . I wouldn’t be surprised if there isn’t a discussion of tax reform that includes major changes to capital gains and the mortgage interest deduction. In the spending cutbacks, look for major cuts if not early termination of HAMP and HARP 2.0. FHA may also get whacked even though it’s financing about half of all first-time buyers. Then there is the never-ending saga of what to do about Fannie and Freddie… Stay tuned. Steve

kyle hipp
I think real estate investors and the NAR should do an informational campaign on the mortgage interest deduction. There are so many misconceptions of this deduction. I have heard countless people tell me they are keeping a mortgage around with only a few years left so they save on taxes… Really? they don’t seem to know that they are paying $1,000 a year in interest to the bank in order to save $350 in taxes, that is if they are in the top tax bracket. Why? I would much rather pay the $350 in taxes and keep the $1,000 in my pocket. I also see investors concerned on this but what they fail to realize is that the mortgage interest deduction is for personal residences, for investors it is a business expense. A good informational campaign could help America make some responsible changes to our tax code to encourage folks to use their money and resources responsibly not have a goal to play with the tax code.

Philip A. Raices
Brandon, I am not a doom and gloomer; however, all this supposed positive news, does not address our addictive spending habits and insane debt of 16.5 trillion dollars! We are on a path that we cannot turn back on and the temporary band aid fixes will only put off the major pain that all of us will mostly go through over the next 3-5 years. Moreover, the borrowing and printing of dollars also does not help our economy and will eventually cause inflation and higher interest rates in the next number of years. We owe more money than our GDP and can not sustain the pace of debt that we are taking on. Washington knows this but puts a blind eye on the problem and does not come up with any long term solutions!! JOBS, JOBS, JOBS is also another area that the gov’t avoids. We desperately need to fix our infra- structure eg. roads, bridges and tunnels. Also, high new speed commercial and passenger railways need to be constructed. All these high paying jobs would surely assist our economy in producing the kind of jobs that would allow those individuals to purchase a home, condo or coop! Many in Washington are ignoring the problems and throwing temporary stop gap fixes to our mounting never ending issues. The future will be difficult with so much unfunded debt. I believe we are in for a very rough ride.

Bill
Interesting analysis Brandon. One quick question…Would you cite your source for the following bit of information: “Additionally, the passed bill included an extension to keep tax-free the sale of a primary residence for American homeowners who profit $250,000 or less ($500,000 for married couples) from the sale of their home. This extension is also only available for those earning under $450,000 per year in income.” I spent some time earlier this week reading all 152 page of the HR 8, American Taxpayer Relief Act of 2012 – yes, I AM a tax geek – and didn’t see any mention of the capital gains exclusion for the sale of a primary residence. I’d like to include this info in a tax update for my readers if I can find the original source. Thanks!!

Brandon Turner
Hey Bill, I don’t see it in the bill either, so I did some searching (I don’t remember where I read it the first time.) It looks like the exclusion will just be ignored, but there was speculation that lawmakers might add in verbage to get rid of it. Being that they didn’t, that part of the tax code stays the same. I read this today on http://www.NJ.com – “Congress otherwise left unchanged interest breaks and exclusions for capital gains on sales of owner-occupied homes of as much as $250,000 for individuals or $500,000 for couples.” So it appears that it was just ignored, thus nothing changes in it. Thanks for pointing that out – I’ll amend the article above! Sorry I couldn’t be more help!

Bill
Thanks Brandon! Since the $250,000 capital gains exclusion on the sale of a primary residence is a permanent part of the tax code I didn’t see how it could be part of the “expired tax cuts” but with Congress you NEVER know. The way I read the Act, and based on the current Code, the $250/$500K exclusion still applies. The excess will be subject to capital gains rates – 20% for those with income in excess of $400/$450K and 15% for all others. And don’t forget to tack on the 3.8% Obamacare tax on net investment income on the lesser of 1) A taxpayer’s net investment income (generally interest, dividends, royalties, annuities, rents and capital gains), or 2) Modified adjusted gross income (this will be the same as AGI unless you’ve got foreign earnings) in excess of the applicable threshold: $250,000 for MFJ, $200,000 for single). Don’t ya just love the Tax Code???