Housing Starts Dipped in January… and Is That Bad? 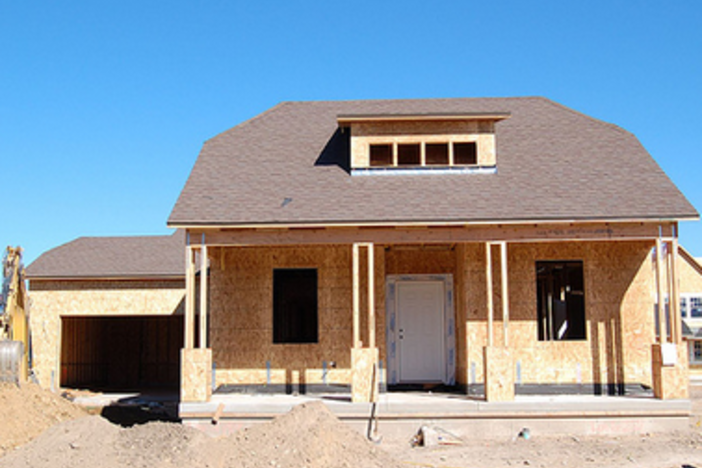 While market data compiled at the close of last year spelled a broad set of improvements for the housing sector, it seems there’s lately been economic fine print. Taking stock of statistical improvements over the course of 2012, both purchase volume and nationwide property values notably improved, while much of America’s excessive sales inventory rapidly dried up. However, new reports have emerged which suggest that new home starts have at least temporarily dipped.

According to a new article from USA Today, total housing starts dropped 8.5% in January, an inverse trajectory from December’s enormous gains. Considering that December saw such a drastic rise in home starts, market analysts were disappointed with January’s performance. Keeping in mind that new building permits themselves hit the highest monthly issuance since 2008, it’s nevertheless a curious phenomenon to see housing starts descend. Market observes expected overall momentum to continue through the start of 2013, so the temporary downturn in home starts has raised some immediate concern.

The data was overwhelmingly drawn from the recent Commerce Department report on the housing market, which delineated new home constructions at a seasonally adjusted annual rate of 890,000. Interpretations of this newly released data vary, but one of the most common assumptions is that January represented a “cooling off” period. As the USA Today report notes, the number of houses built in 2012 was the greatest in four years, and new monthly home starts may well pick up as 2013 unfolds. Nationwide homebuilders could be well surveying the economic landscape before initiating broader construction plans.

What This Means For You

So, what’s the takeaway for both investors and homeowners? It would naturally be prudent for market observers to stay attuned to any warning signs of economic unease, as certain reports are cautioning against signs that recent trends are similar to those that preceded the bubble. In light of this, it may actually be a positive sign that we’re not seeing unfailing momentum. However, it may also be well advised to note that the monthly rate of freshly acquired building permits hasn’t slowed. Hopefully this doesn’t portend market slowdown, for if new constructions outstrip consumer demand we’re looking at possible deprecation in home values.

The most optimistic interpretation of the slowdown in home starts last month is that the housing market is acclimating to an enduring recovery period. Were new home starts to persistently escalate, there’s a chance that consumer demand could lag behind and spell problems for real estate values. If the nation’s homebuilders have temporarily slowed construction efforts, it may even mean that 2008’s lessons have been taken into account. Assuming private enterprise is more attentive to market consequence, it’s only another buffer against a repeat of pre-bubble market instability.

Mike
I think we are just goig to continue to see some stops and starts in the housing market. Although the overall trend is good, it healthy to see some back and forth and not a straight line increase. Far more natural that way.

Harrison Stowe
I agree with you on that one completely. If we saw housing prices and home starts take a clean upwards trajectory, I’d be much more concerned.

Chris Clothier
Good article Harrision – thanks for taking the time to put it together. You noted that the recent data was taken from the Commerce Department’s data on the housing market. Do you know if that is where the housing data for a report like this is normally taken from? I ask because it is so hard today to get a good read on what is happening in so many different sectors of our economy, not just housing. When a new reporting company took over the unemployment numbers in the fall, we saw an immediate improvement in the reporting and a lot of people continue to question the reasoning for changing and the methodology. It would be interesting to see if these numbers are just one of many different housing reports that come out or if these are going to be the new standard and how they will change over time. Again, thanks for the article. Chris

Harrison Stowe
Thanks for your feedback Chris, and I totally get where you’re coming from. I take some comfort in using a Commerce Dep. report as an authoritative source, largely because it’s concerned with nationally comprehensive metrics. Even if you feel some unease trusting the government’s economic reporting, there’s also some value in knowing the figures aren’t being presented by, say, a think tank or analytics firm with its own stated agenda. I’d be interested to view any other reports that cover similar market analysis. If you happen to find any, feel free to post or forward them. I’m curious to see how the figures are interpreted by the private sector.

Harrison Stowe
Thanks for your feedback Chris, and I totally get where you’re coming from. I take some comfort in using a Commerce Dep. report as an authoritative source, largely because it’s concerned with nationally comprehensive metrics. Even if you feel some unease trusting the government’s economic reporting, there’s also some value in knowing the figures aren’t being presented by, say, a think tank or analytics firm with its own stated agenda. I’d be interested to view any other reports that cover similar market analysis. If you happen to find any, feel free to post or forward them. I’m curious to see how the figures are interpreted by the private sector.

Dwain
The fed is printing money to buy up the mortgages. Housing starts are fiat and will not last.