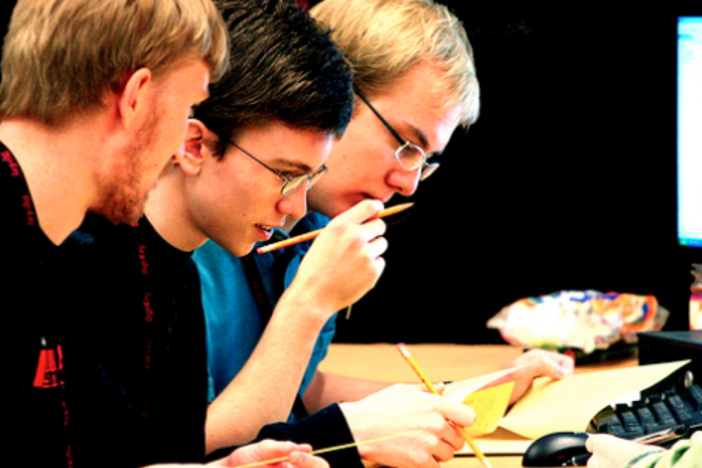 I am a problem solver. Or at least I think I am. When other people are still dwelling on the problem, my mind is already at work trying to solve it. It makes for some interesting conversations with folks, especially with my wife who reacts emotionally first and needs time to process the emotions before she can move forward! But that is not quite true, there are times when the opposite is true. There are some situations when she sees clearly and is focused, while my emotions get the best of me. The truth is, we are all dominated by our emotions at times.

EMOTIONS AT WORK, LOOK OUT

Research has demonstrated that our emotions are much more dominant in our thinking than anyone imagined. In fact, there is a entire branch of social science dedicated to rational thought called “Rational Choice Theory” that is being brought into question because of the newly found evidence on emotions.

It always helps to have someone that can slow you down and allow time for one to process through their emotions. Our experiences often dictate what hot button issues we react to. I watch the almost daily issue of what our son wears in the morning to go to school with much amusement now. You see I grew up in a military family. I had strict rules on dress. No jeans at school for example. I got my haircut on the military base up to the day I went to college. This was in the 1970s, where long hair and jeans was the official uniform! So I promised myself I wouldn’t get all wound up about what our son wears or how he wears his hair. He got his first buzz cut yesterday!

Take retirement income for example. Many folks understand they have a problem when it comes to providing adequate income for themselves in retirement. But, they are still dealing with the emotions of seeing their mutual fund values stagnate. They have people telling them to just hang in there and it will be all right. They have authors and TV personalities telling them just quit spending and pour more money into those mutual funds. So they feel guilty because they spend or powerless to deal with the stagnated market.

I am not making this stuff up. I have talked to people for the last 6 years about this and there are many, maybe a majority, that are frozen in place. It surprised me at first, when I offered them a way out [real estate investing and/or dividend producing equities and/or EIUL]and they can't get themselves to make a change. At first I thought the forces were just too great for many to get outside the box. I mean all those financial authors and TV personalities were telling them to do the same thing, the financial planning industry with Wall Street and even the government were telling them the same ideas. But I learned that wasn't it. They knew not to believe all those people. They were frozen because they hadn't processed through their emotions. Maybe it was anger, or hopelessness, or some other emotion, but no matter how logical the solution was, it wasn't going to move them to action at that time.

Kevin Yeats
David, EVERY purchase anyone makes is made from a problem solver. The buyer either can’t or does not want to make the good or service for himself/herself therefore the buyer hires someone else to solve that problem and satisfy the buyer’s need. Those (underlying) needs are driven by emotion … even for analytical types

Mark Ferguson
Great read! I think people do the things they do because they have been programmed from a young age to act a certain way. We are creatures of habit and it is very hard to break our habits whether it be how we get ready for work or the way we think about certain subjects. People are taught from a very early age the only way to retire is to save as much as possible, invest in stocks of mutual funds and eventually you will have enough to retire. Then you have to guess how long will live and live off a strict budget so you don’t run out if money. It is crazy!!!! The only way to truly retire is to have passive income that bones in every month without eating away at your principle. Rental properties or done type of business that can run itself are the only things I know that provide that. I tell people I am making over 24% cash on cash returns in my rentals in the first year and some get interested, but most automatically think real estate is a huge risk, you’ll go broke when the market goes down, etc. they have been gearing those stories their whole life and font even think about the advantages.

Greg
This is a great post, Dave. Making the Big Step(tm) absolutely the hardest thing to make. It took me six months after reading you and Jeff Brown’s blog entries to even consider turning the ship. The next hardest step was getting my wife on board! But after that, our net worth has started increasing with consistent success.

Brian Gibbons
I love this! Failing to plan and implement that plan consistently is a major issue for many Americans. I lived in Auckland New Zealand for 9 years where many Australians had a FORCED SUPERANNUATION (their IRA – 401(k)). Kiwis did not have that. Imagine if the US Govt did that, a forced min retirement, and MANDATED just 3% tax deferred on a forced 5% savings of gross income from birth and you cant touch it EVER til 65! Run the numbers on an average $30,000 for 45 years. You would have a huge retirement. Rule of 72 baby! Thanks for writing about this! Brian

Greg
Where are you getting this $30,000? Do you mean a 5% forced savings that would equal $30,000/year? That implies someone making $600,000. Or are you suggesting that if someone had put aside a total of $30,000 over 45 years, then compound interest would save the day? A fundamental problem is that mutual funds have a terrible history (less than 4% annualized ROI) for the past 20 years. That barely beats inflation. And I’m not sure asking the government to force everyone to set aside money is the answer. The government, in its desire to avoid any risk of political fallout, would probably have the worst return available. Just look at the return rate of social security. They buy government bonds because they are supposed to be the most stable thing possible. Do you hear anyone celebrating their wonderful retirement on social security? Didn’t think so. Not sure I can get behind a forced retirement savings program run by people who can’t balance a budget or run their own food court[1] without going bankrupt. [1] – http://www.washingtonpost.com/wp-dyn/content/article/2008/06/08/AR2008060801765_pf.html

Greg
Okay, I watched the video. Put aside $1500/year for 45 years. Assume 5% growth => and you will end up with $250,000 of money. If you had to pay 25% taxes along the way, you would have around $192,000. That means you saved $58,000 in tax deferments. Now you start withdrawing money at the industry standard rate of 4%. WIth a nest egg of $250,000, that would give you $10,000/year. But now it’s considered active income so you have to pay income taxes. Want to assume same 25% tax rate? That leaves you with $7500/year. Even if it was just 10%, you would still only have $9000/year. Not impressive. But don’t forget to factor in a conservative 3% inflation and that would cut your value by more than 3.8:1, or basically about $2400/year (10% tax rate). That’s $197/month. What can you do with that? Pay your light bill and cell phone bill? I don’t see any cruise trips coming. People get into strong debates about investing pre-tax or post-tax dollars, missing the fact that it’s noise because they’re probably both trying to pick the best mutual fund, which sabotages everything. 5% even for the huge time horizon of 45 years won’t land you in paradise, but instead probably leave you picking up a shift at Walmart.

Brian Gibbons
What are the reasons for a lack of savings? It is conditioning of media, and lack of training of habits in savings. The trailer park and working at Wal Mart is a reality. Real Estate investments can set you free of spending everything or more more than everything you earn. I like the article here: https://www.wellsfargo.com/press/2012/20121023_MiddleClassRetirementSurvey Here is a quote: “One third (30%) of Americans say they will need to “work until at least 80,” in order to live comfortably in their retirement years, up from 25% a year ago. Yet, 73% of Americans said their employer would not want them to work in their 80s. Similar to 2011, 70% of middle class Americans say they’ll work in retirement, with 39% saying they’ll work out of financial necessity.” I think I am moving to Belize or Costa Rica when my kids hit 18. lol

Jeff Brown
Imagine if we humans could set emotions aside and objectively pursue positive, superior results. I learned long ago that isn’t the case for most of us. Mess with someone’s belief in an erroneous set of facts/conclusions and you’re askin’ to be in the line of fire. Once I understood that, thanks to a couple invaluable mentors, I stopped being mystified. It’s a distinct minority who’re results oriented. The sad part is the results they don’t generate in retirement, at which time it’s too late. A rare post holding up a mirror for readers, David.

Ali Boone
Great article, David. I’m a very left-brained person but real estate and starting my own business has forced me to get in touch with my right-brain and learn to fight through emotions that are trying to hold me back or confuse me and keeping trucking along. The more understand someone can be of their own emotions, the more likely they are to fight their way through them and keep everything balanced.