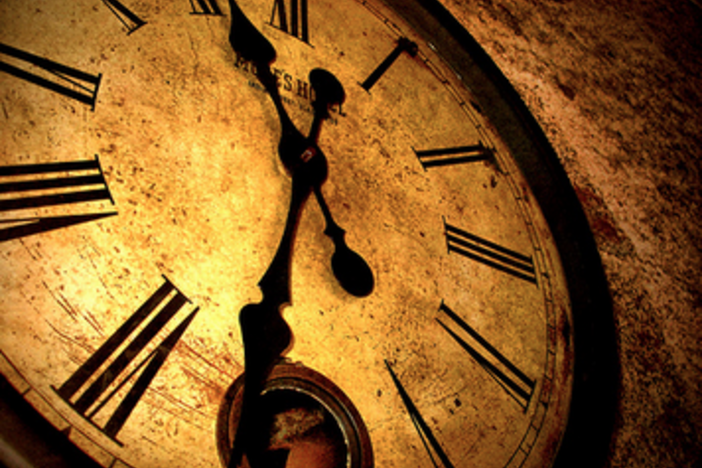 BawldGuy Axiom: Take what the market gives you, how it gives it to you, when it gives it to you. Fail to adhere to any one of those factors and you’ll soon understand what Grandpa meant when he counseled you about square pegs and round holes.

The factors needing to play well together in a reasonable RE investment based retirement plan.

Virtually every day of my professional life is spent in some form of planning. A client has X number of years to create Y dollars of retirement income, beginning with Z dollars in equity and/or investment capital. Add to that how much if any of the household income is available on at least a semi routine basis. Still, you're in the preliminary stage at that point. I'm constantly mixing metaphors, so be patient with me, alright? We'll come back to all the factors, cuz there's more, much more.

Pillars and TeeterTotters, the Name of my New Band!

Pillars, at least in my world, are various major income strategies. Income property, notes, self-directed 401k income, and sometimes an EIUL. The teeter-totters illustrate how well all the various strategies, used synergistically, plus the pillars, play with each other. Just cuz you’ve engineered one nicely balanced  teeter-totter, doesn’t mean all of ’em are. Then, you must ensure that they’re in sinc with each other, not overweighted on one end. So, imagine a pretty playground with a buncha teeter-totters all goin’ up ‘n down at their own pace, while not disturbing any of the other teeter-totters. Some are movin’ fairly fast, some slowly, while others simply glide at a rhythm of their own making. Most you control, but some are subject to outside factors none of us controls, regardless of what we may believe.

Though we hear the American saying, ‘Ya gotta keep your eye on the ball’ when investing in real estate for retirement — or anything else for that matter — it's instructive that many can't even agree on the definition of the ‘ball'. I'll take a risk and go Socratic at this point.

what is your preference, higher income, or higher net worth?

impressively high cash on cash, or the preservation of your capital?

The list could easily have been much larger. But, what did your answers clear up for ya? Here’s what my experience tells me happened.

1. You preferred higher income to a bigger net worth.

2. Greater after tax income was where folks typically have set the bar.

3. The reliability of retirement income is paramount to everyone with whom I’ve ever worked. Super high cap rates? Yeah, right. Gimme the reliable check in the mailbox every time.

4. We tend to get off our high horses about high cash on cash returns when the preservation of our capital/equity is brought into the equation. This is especially true when retirement income is the main topic. Gee, who knew?

In 1976-1979 real estate investors set up their investment plans. 12-18 months later those plans were nothin' more than the butt of jokes. Nowadays five years is considered a long holding period. Back then? Almost never less than 10. I can attest first hand that there were all kinds of investors back then, in SoCal, who literally bought, exchanged, then exchanged once again in those few years. Every time they improved their position significantly. Yet most of ’em had resigned themselves to waiting a decade or so before reaping investment benefits.

The same thing happened during 1985-1990, then again in the mother of all bubbles. But wait, there’s more! It works in reverse too, much to the chagrin of far too many investors.

When the charts are headed up human nature tends to wanna behave as if that direction is locked in forever. Same with a downturn. The '74-'75 recession scared me silly 'til Dad told me to take a chill pill, that ‘this too shall pass’. Which, of course, it did. Same thing with the immediately following upturn, which was the first of it’s kind I’d ever witnessed first hand. The median home price in my neck of the woods in 1975 was below $30k. By 1981 it was $100k. More than tripled in that short period of time. Think investors got excited? Think they acted as if it would never stop? Think many of ’em got themselves in a bit of a fix? If you said yes to all three, you win.

An up market turns down, and vice versa. I know, Captain Obvious. But far too many of those investors who had ‘plans’ for ‘long term’ holds found themselves in hot water. The main ingredient in any plan to retire on real estate/notes and the like, should be flexibility.

Long term in my world is defined as not short term. That is, the investment(s) in question isn’t to be flipped or quickly moved for whatever reason. It’s a long term investment. Whether that means 18 months or 18 years isn’t up to us, which for many seems to be a hard pill to swallow.

Remember, the idea is that you have a fairly well defined time window before retirement becomes a reality. Whether it’s five years or 35 years from now isn’t relevant when talking long vs short term. What it means is that if your strategy is to buy and hold, you’ve made the decision not to flip your way to retirement. Today’s acquisitions might be your last. Or, you might find yourself exchanging those equities multiple times before retirement. Only your cracked crystal ball and the local seer know for sure. I know I don’t. Which usually begs the question . . .

When, if ever, do you try to improve your portfolio when investing long term?

The answer can be found in a principle a couple of my sainted mentors taught me back in my Grasshopper days.

When pondering a move to improve your long term real estate investment portfolio, be dead sure the move is a slam dunk, no-brainer significant improvement of your status quo. With rare exceptions, violating that rule is inviting Murphy to camp out on your front porch. Time isn’t the prime indicator of when any such move should take place. Will your status quo be vastly improved or not?

When the smoke clears, and the options menu has been thoroughly vetted for every possible scenario, it comes down to balance. The employment of multiple strategies is a very effective tool — when applied in a balanced approach. Goin’ back to the teeter-totter analogy, ya can’t have a 110 pound lady on one end and a 220 pound brute on the other. Teeter-totters weren’t invented to generate flight. 🙂

We define our goals and intentions. We don’t control the future, nor can we reliably predict it. I’ve wiped way too much egg off my face in my Grasshopper days to go against those three axiomatic statements. So the next time you hear somebody say they’re gonna do this that or the other in exactly X period of time, ask ’em how they know what’s gonna happen in those X years. The next sound you hear will be a combination of stuttering and crickets.

kris
With time , you have to adjust. I had Blockbuster Video NNN building. My son told me to sell, before Brick and Mortar rentals are out!!! Glad I did, they filed bankruptcy within a year. Certain stage of life, you have to be content, with say NNN 25 yrs guarantee, mailbox money!!!! Less income, but reliable in retirement. So be ready to adjust plan.

kris
With time , you have to adjust. I had Blockbuster Video NNN building. My son told me to sell, before Brick and Mortar rentals are out!!! Glad I did, they filed bankruptcy within a year. Certain stage of life, you have to be content, with say NNN 25 yrs guarantee, mailbox money!!!! Less income, but reliable in retirement. So be ready to adjust plan.

Jeff Brown
I think you deserve an award for having flexibility in your plan, Kris. Outstanding! Also, give your son an AttaBoy from me. 🙂

kris
Will do. Thanks

Jeff Brown
I’m with ya, Loretta.