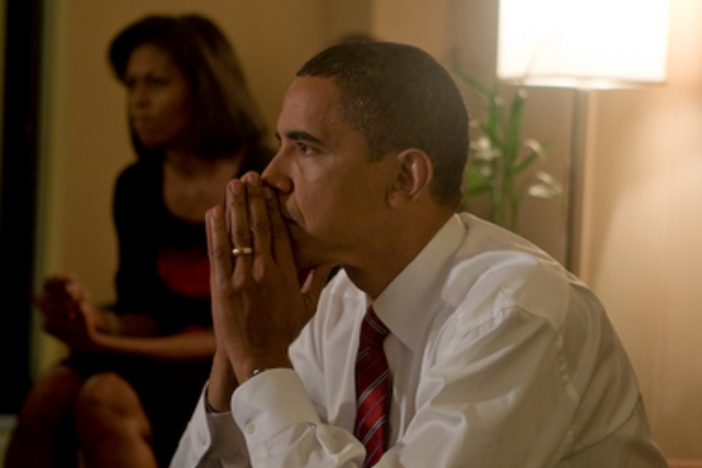 After a summer news cycle defined by scandals, privacy outrage, and diplomacy flares, it looks like the White House is steering its focus towards much more domestic problems. Regardless of whatever convoluted or heavy-handed exchanges occur within the halls of power, the overwhelming amount of what’s poured out of Capitol Hill and the U.S. security community has done little to impact Americans in the immediate. Last Tuesday, President Obama announced a  series of policy plans for the housing market, the overwhelming amount of which are focuses on recovery sustainment and debt reduction.

As summarized by the Washington Post, the President’s intentions can be boiled down to a series of policy goals. In line with President Obama’s more Keynesian leanings, many of his proposals are aimed at relieving fiscal strain for lower-income Americans and reducing debt burden on more financial distressed communities. One particularly pointed area of his housing plan centers on taxing securities held by major financial institutions. In theory, holding financial institutions responsible for paying a small assessment on mortgage-backed securities will motivate greater responsibilities.

Additionally, the President announced plans to continue providing direct Federal loans through both the Federal Housing Administration and the Department of Veteran Affairs. Veterans and low-income earners alike will remain eligible for government-backed mortgages, and the President’s attentiveness to responsible lending is intended to overlap with the sustaining of loans to demographics seen as more typically in need.

However, as an adjunct to these announcements around continuing veteran and low-income housing benefits, Obama made clear plans to disassemble Freddie Mac and Fannie Mae by the close of his term. In line with both Republican and general Bipartisan consensus, the President seems uncomfortable with the dual loan entities' continued conservatorship. Phasing their loan responsibilities back into the greater private sector seems to run hand-in-hand with his agenda for keeping mortgage services for at-risk Americans squarely in the hands of the government.

So What Does This Mean for You?

The potential consequences of President Obama’s housing agenda are complex, to say the least. The White House seems firmly intent on both returning mortgage handling to the private sector while also holding private capital to higher standards of responsibilities. From a political standpoint, his policy motives seem strongly middle-of-the-road – reduce the role of government in the mortgage industry while holding the sector to a certain bar of fiscal ethics standards. Ideally, this would help curb the practice of irresponsible lending that motivated the 2008 crash, or at least assist in evening off intense property value escalation.

Also, while this leg of his agenda sounds relatively nebulous at this point, the President seems intent on allowing a greater portion of Americans to refinance their home loans. As the Washington Post story notes, Obama has been attempting to instate a new refinancing policy since 2012, and he may be moving more aggressively in this direction. While rising interest rates may complicate his refinancing plan, the President may push through broader refinancing options, which might dampen the returns of institutional investors but could save beleaguered homeowners more on their bottom line.

Kevin Yeats
Federal Housing policies are analogous to that Supermega Ocean tanker our at sea. It will take a long time to turn.

Michael Woodward
I find it incredibly hard to believe that Obama would do anything middle-of-the-road without an ulterior motive. His policies so far have been devastating to general economic prosperity by way of increased taxation and regulation (far LEFT….NOT middle-of-the-road). Anytime I hear that he’s cooperating with a conservative group or policy, I feel the need to look behind the curtains to see what’s really going on. We need to keep a very close eye on our politicians right now or risk exchanging the “Land of Opportunity” for the “Land of Over-Dependence and Poverty”. I’m highly suspect of what his true objective is with Fannie and Freddie.

Dennis
I think this is wonderful news! First, low income earners will have more access to credit (ulterior motive I can sell my tenants the properties they occupy at a higher price). Second, Americans can refinance their homes, and as we know these folks will all be yanking out any equity that might be in place in this new artificial market. With this new found credit these same Americans can help the Federal Reserve spend us out of the recession. Sounds like another well thought out fiscal plan, borrow yourself out of debt. Great idea, level the playing field create a new peasant class from what was once the middle class. How about a ban on cash out on all formally underwater refi’s?

Steve Cook
Harrison, some serious errors in your piece. 1. Neither FHA nor VA provide direct Federal loans. Both guarantee loans made by approved lenders. 2. FHA’s borrowers are not “low income.” Some 20 percent of all mortgages in America last month were FHA loans. 3. Obama is advocating making HARP available to the 50 percejnt or so of American mortgagees whose loans are not held by the GSEs, making the same opportunities available to them as those with agency loans. 4. The housing crash was in 2007, not 2008.

Dave Hostetler
Sources man, sources. This guy provides links in his article. If you’re telling him he’s wrong (when in several instances he quoted the referenced article) provide your sources.