What Rocket Scientists Can Teach Us About Real Estate Investing 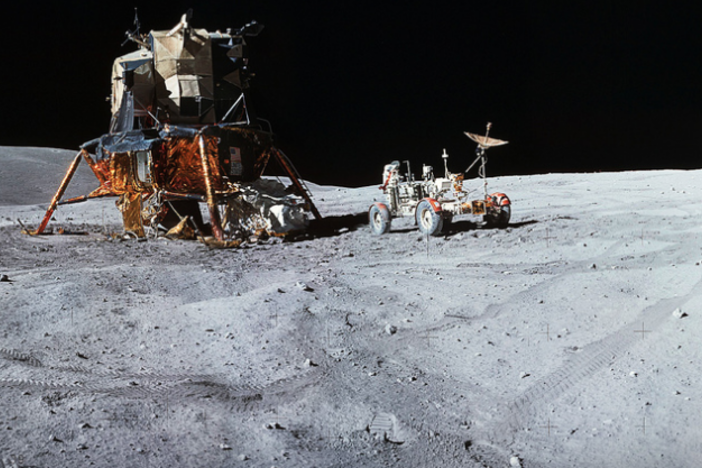 Last week I finished the book “Packing for Mars” by Mary Roach.  It’s a fascinating read detailing the lesser known aspects of the past, present, and future of space exploration.  As a planet, we’ve lost steam in recent years, but we’ve still accomplished awe inspiring tasks: putting a man on the moon, sending a probe out of our solar system, and driving a dune buggy on Mars.  I seek out real life examples worth following, and if this program doesn’t qualify, I’ve no idea what does.  So…what can rocket scientists teach us about real estate investing?

One of the most famous speeches was JFK’s space race speech.  As it should be.  It set the biggest, hairiest, most audacious goals (BHAG) possible.  The term BHAG was coined by James Collins in “Built to Last.”

Why is a BHAG important?  Because people yearn to be a part of greatness.

JFK’s challenge caught the imagination of the entire nation and pushed them to achieve something they hadn’t imagine possible.  And it worked.

Thanks to BiggerPockets I’ve got a soap box to broadcast my goal from, and people are coming out of the woodwork to lend a helping hand.

Watch Out for Sloppy Cranes

Ms. Roach tells the story of modern Japanese astronaut screening.  No longer do governments seek adrenaline seeking fighter pilots willing to risk life and limb for glory.  The reality of space flight is: it’s boring as hell.  Spending day after day in the metallic, sterile, cramped, and crowded International Space Station can take its toll.

The Japanese space program locks candidates in a room together for months or even years without break, while monitoring them every second.  To pass the time they are told to fold, and string together, one thousand paper cranes.

The judges pore ever each “sculpture” to see if quality deteriorates as the experiment progresses.  If so, mission control marks the wannabe astronauts down as emotionally unsuitable and their life’s goal of floating in the vacuum of space is kaput.

Why am discussing origami on a real estate blog?

Our rocket scientists place emotional aptitude at the top of their list.  So should you.

Ask yourself, is real estate investing what you want to do?  Is this your passion or are you doing it for the money?  If it’s the latter, find a way to invest passively.  Don’t quit one job you hate to start another.

An Apollo 1 training flight in 1967 claimed the lives of three astronauts.

What did NASA do?  They avoided 100% oxygen environments.

They didn’t give up.  Heck, there were 12 more Apollo missions before they completed their task.

The magnitude of that mindset takes time to comprehend.  These people were trying to accomplish something they didn’t even know was POSSIBLE.  They hit a tragic road bump, but took it in stride and figured out how to keep it from happening again.

All real estate investors make mistakes, myself included, but you know it can be done…you have a path to follow.  That’s a luxury that space programs didn’t have, but they persevered.  Will you fail to launch?

Isn’t it crazy that astronauts are able to do everything they did without the advantage of sight?  Can you imagine having the hopes of an entire race on your shoulders and seeing nothing but complete blackness?

But that’s what the “leading experts” believed before we first put a human in zero G.

Moral of the story?  Read and research to your hearts content.  But remember, you can’t know how to do something without actually doing it.

This isn’t license to dabble in a foreign subject.  That’s idiotic.  Analyze and plan, but remember to “do”.

Even if that means not doing it yourself and entrusting someone else to do it for you, which can be more difficult.

Wrap it up: What Rocket Scientists Can Teach About Real Estate

The goals you set and problems you encounter are not as important as space programs’…yours are more important.

Space exploration is nothing more than an adult version of “King of the Hill” (the game, not the TV show).  What you do with your money and how you choose your life is much more important than who floats where or stands on what rock.

Still, learn what you can from smart and driven people, even if they do wear funny visors.

Need help along the way?  Don’t be shy to ask.  If there’s a topic you want analyzed or opined upon, message or tweet me.

Karen
Awesome article, Kenny. Thank you for sharing this one.

Gary Parker
I really enjoyed the article Kenny. As most of us know, this business is about following a basic blueprint specific to one’s goals. The journey is simple yet difficult. Once one is following the blueprint, one must ultimately create their on path, and a plan, determination and hard work, and drive is really all it takes at the basic level.

Gary Parker
I really enjoyed the article Kenny. As most of us know, this business is about following a basic blueprint specific to one’s goals. The journey is simple yet difficult. Once one is following the blueprint, one must ultimately create their on path, and a plan, determination and hard work, and drive is really all it takes at the basic level.

Shaun
This was awesome. You drove home lots of good point about goals and persistence. Really good read! I will say the thought of the paper cranes made me think you should have added one of the cartoons you have sometimes for that story. 🙂

Kenny Estes
Funny story about that comic. I actually started making the comic. Then I realized what a pain in the arse it is to make a bunch of cranes in a comic…then I got bored and kind of wandered off. 🙂

Shaun
This was awesome. You drove home lots of good point about goals and persistence. Really good read! I will say the thought of the paper cranes made me think you should have added one of the cartoons you have sometimes for that story. 🙂