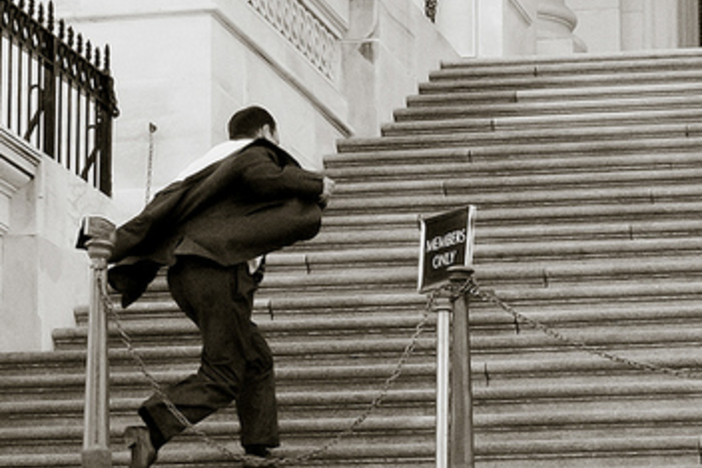 With the volume of mortgages managed through the public sector, it was inevitable that the shutdown would shake the housing market. From Fannie Mae to the Dept. of Veteran's Affairs, a sizable portion of U.S. home loans come from the government. Granted, the shutdown has been in effect for barely over a week, and most economic unease has come from speculation than hard impact. The stock market has been in a state of unsteady flux that seems motivated more by apprehension than genuine economic danger. Additionally, much of the quivering in the property market seems to emerge from a similar origin.

That being said, a recent report from NPR notes that a prolonged shutdown could have sizable repercussions. As I noted above, the diminished functioning of federal agencies has made processing mortgages and real estate transactions substantially more difficult. The post-recession economy has resulted in a growing backup of pending transactions, whose exist will only spell exponential difficulty the longer the government remains closed. Citing statements released by Moody's Analytics, the NPR report further details that it could be a matter of days before the impact on the housing market becomes more concrete.

This unexpected stall in home transactions runs directly against the simultaneous rise in prices and interest rates that characterized housing activity last month. The residential property market had already begun to cool, with both rising prices and elevated interest rates rendering new purchases less appealing than they were in prior months. The steady rise in home sales has been one of the primary motivators of growth in the housing market, and the triple threat of higher prices, higher interest, and stalled transactions could spell uneasy sailing through the close of the year.

Granted, this outcome hinges directly on the duration of the shutdown. Assuming a quick reopening, these temporary hiccups should resolve without much trouble. That being said, there are various services whose absence will only become more difficult to handle as the shutdown prolongs.

First and foremost, the employees necessary to process the complex slew of paperwork that goes into closing on a home are overwhelmingly out of the office. As the NPR report notes, there have been some temporary workarounds, but this pattern won’t be indefinitely sustainable. While only constituting a fraction of total home loans, the Department of Agriculture’s loans to rural areas has shut down entirely. Additionally, the IRS lacks the staff to provide the income documentation necessary for closing deals, resulting in an array of improvised (and occasionally incomplete) workarounds.

While this hasn't caused sales to halt entirely, the excising of government services has forced private lenders to use their own capital. With Fannie Mae and Freddie Mac running with diminished staff, there could eventually reach a point at which private lenders are forced to turn down loans entirely. These consequences won't unfold in the immediate, but the longer the shutdown the more pronounced (and long-lasting) the repercussions.
Photo Credit: vpickering

Dawn Anastasi
This appears to give cash buyers a temporary advantage. So if you’re a cash buyer, perhaps you could swoop in and take a deal that someone else who wanted to get a 30-year mortgage on would get.