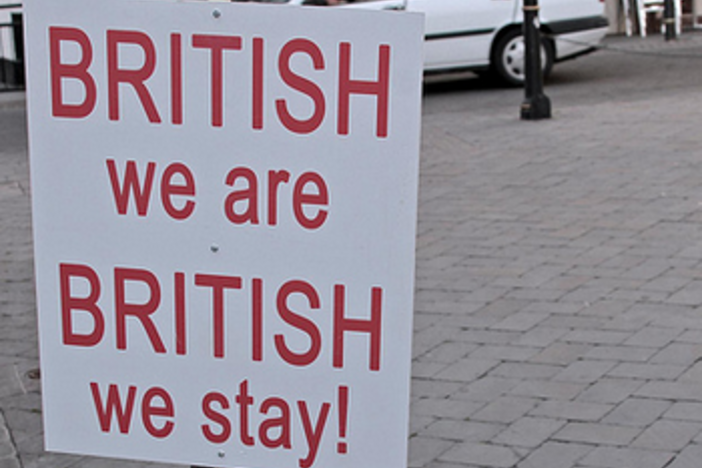 The British government wanted to help the poor people to buy houses.

Hmmmm, where have we heard that from before?

In this year, the British government instituted a “Help to Buy” program that will help people come up with the down payment for a home. In the past, most banks require the borrower to put at least 25% down, whereas now, the government will help cover 20% of the down payment, thereby allowing the homeowner to purchase the house with a 5% down payment.

Sounds like a FHA type of program to me.

However, the plan is that the government will only give the money interest free for the first five years, then after that it will charge something like 1% above inflation.

Hmmmm, a FHA plus a 5-year ARM cocktail, it is going to be quite potent.

In fact, it did boost the market all across the board in the UK. Because many of these people are now allowed to enter the market, there is more competition on houses that are being sold. In addition, many new buyers can enter this program and pay more to get a house that they want. The government thus started feeding the housing frenzy.

While one can argue that this program is going to allow people who have been kept out of the market a chance for home ownership, I think it will create much more damage that it helps. The mortgage market's requirement of 25% down is meant to keep the market honest and conservative. Suddenly, you have letting people who shouldn't own homes own one. In essence, it is a form of loosening lending standards, and we in America know how well that had gone before.

Furthermore, the government is setting a ticking clock for these new homeowners who may or may not be afford a sudden increase in monthly payments five years later. As much as we think inflation will go, so far people’s paychecks have stayed relatively flat and if anything had fallen.

Given the insidious effects of inflation, I believe many UK homeowners will not be able to afford a rise in payments. Cost of living has gone up tremendously already. Even if we humor the ridiculous healthy rate of inflation the world’s central banks like to impose upon us, an annual 2% inflation in five years adds a 10.4% increase in your cost of living (or decrease in your purchasing power). Unless your wage is indexed to inflation, this is not good.

Not to mention, I believe most UK mortgages have floating interest rates. The talk of tapering will mean that a sudden rise in interest rates which will undoubtedly cost a lot of pain for homeowners. The government knows that it can potentially set up another house collapse and now they are trying to cool down the housing market.

What can we glean from this?

All I can say is that central banks and governments throughout the world have gotten really good at inflating and deflating asset bubbles. Riding the bubbles at the right time can make you quite wealthy. At the wrong time, however, it can ruin you. In my opinion, the UK housing market is being set up for a future fall.

I wouldn’t considering buying there even if they offered me English breakfast, baked beans, and fish and chips along with a 20% down payment subsidy.
Photo Credit: tony.evans

Kerry Baird
Our family have owned two properties in the UK, from 1995, each owner-occupied with 5% down. Yes, the market here is beginning to move (finally!) because of the change in gov’t policy, and I have a different take on it. Since the 90s, just like in the US, owner occupants have been able to buy with 3 or 5% down. What differs from the US is that *all* mortgages here are what you’d call an ARM. We can amortize over 20, 25 or 30 years, but they all adjust: we pay more to prevent the adjusting for 2, 3, or 5 yrs. It is relatively inexpensive to refinance when your “deal” is up (just a few hundred pounds, not thousands). We had a boom and a bust, corresponding to the financial crisis, and many have been slow to sell as they’ve been upside down on mortgages. I’ve not heard of anyone accomplishing a short sale, only selling at a loss. Now, prices are moving slowly up again and the folks who have held on for some time are wanting to sell, only the younger set haven’t had the ability to buy (prices vs wages). That is where the gov’t stepped in, hoping it would get the banks lending again. I disagree that there is a feeding frenzy outside of the City, but elsewhere sellers who haven’t been able to sell and buyers who haven’t been able to buy, are relieved to be getting a deal done. The logjam is freeing up after 5-6 yrs of little activity. As you say, an increase in rates will bring much pain when most mortgages will adjust–it happened in the late 80s when people just left their keys with lenders and walked away. At that time, a friend bought his first house on his credit card, since the interest was more reasonable than that on a mortgage. Lastly, Americans would be hard pressed to buy here now with bank lending: IRS reporting hit lenders and it became nearly impossible for an American to open a bank account; I know only of one bank that will lend to foreign nationals now. Thanks for your look across the pond~

Lisa Phillips
Just my two cents: One aspect of the loosening housing market was a tremendous uptick in jobs (temporary until the crash, but he economy was flush with them all dealing with new construction, renovations, etc). That was a huge economic boom, which spurred a lot more new housing here in the US. I imagine this govt money going out into the system will cause the same effect (housing price inflation, temporary (5-7 years) jobs, and at the end, an investor special of a fully renovated house at 30% of the market value). Was what happened here good though? No, because the average person in America was not financially educated enough to see what the results of 1) Job losses during economic downturn 2) You can’t refinance when you’re underwater! A lot of people didn’t have the perception to know its coming, forcing them to stay in homes they really don’t want to live in. Homeowners (not investors) wish the strict loan requirements were in place until they were ready, subconsciously (this isn’t everyone, IMO, but a large segment) wishing the banks would have said no, you need to put more money down.

Kevin Yeats
Leon, I disagree with the point that you make that “Central Banks and governments” are “good at … deflating bubbles.” In my observations, bubbles “pop” and create chaos … certainly something that governments officials wish to avoid.