While the housing rebound was swift with little signs of flagging from August 2012 to August 2013, there were clearly some areas of concerns throughout Q3 of this year. Mortgage rates began to rise after resting at record lows, and purchase rates slowed in some areas. High demand housing markets risked hitting a tipping point after property values jumped so sharply that some prospective buyers shied away.

This latter phenomenon may repeat itself through the first half of 2014. According to new analysis from MarketWatch, new home construction throughout the U.S. jumped to the highest level since early 2008. Additionally, figures drawn from the U.S. Department of Commerce indicate that new housing starts rose an exceptional 22.7% in November. As an adjunct to this, the MarketWatch story also points out that a survey compiled by the National Association of Home Builders and Wells Fargo notes that builder confidence has begun to rise in tandem with general homebuyer confidence.

General health in the housing market, as has been apparent throughout 2013, seems directly anchored to jobs growth. The latter half of 2013 was marked by uneven jobs reports, but the November 2013 report was one of the most promising releases of the year. Young buyers, the housing market’s largest but also most hesitant demographic, need to have assured financial and professional security before they commit to purchase and mortgage negotiation.

Despite moments of faltering during the second half of 2013 (especially at the close of the summer season), the housing market seems set for a healthy new year. It seems we’ve all been holding our breath (or, to use another image, pinching ourselves) over concern that the housing market could scurry back down its the economic hole. Apprehensions around a second bubble – even regional ones – emerged persistently throughout last year.

I hope I’m not being prematurely optimistic, but the rise in new construction coupled with the slow-but-steady creation of enduring jobs throughout a diversity of sectors has set a good foundation for the housing market in 2014. Naturally, metros with healthy economies and more active job growth will reap the fullest benefit of current trends. Either way, the housing market will likely emerge on only steadier legs into the New Year. 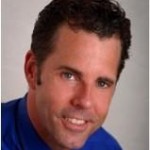