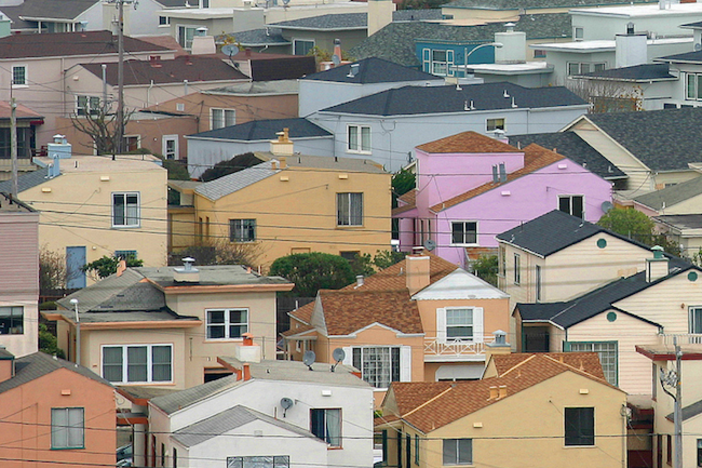 As the focal point of the 2007 bubble burst, it was uncomfortable to see California reemerge as the market with the quickest rise in home prices. While the gains in property values were impressive nationwide, markets throughout the northern part of the state and the LA metro region in particular were monumental. Both Los Angeles and Orange Counties say a rise in prices that were so sharp they left the impression that a second bubble wasn’t entirely out of the question.

However, according to a recent story from the Los Angeles Times, it appears that the momentum in home sales may at least be temporarily slowing. As the report outlines, local buyers are significantly less enthused than during peak buying periods throughout 2013. Broadly speaking, January sales in the six-county Southland region were the lowest recorded since January of the year prior. Home prices dropped a full 3.8% against those in December, a trend that seems largely attributable to the newfound disinterest in home purchases.

Much of this seems tied to the deadening effect of inflated home prices. Genuine buyer interest in and of itself seems persistent, but as the Los Angeles Times report indicates, some buyers are being outright choked from the market. Affordability has been a major consideration for local buyers, with the median home price resting around $380,000 despite the slight decrease in local property values. This sort of “teetering” phenomenon across the southern California housing market is compounded by the fact that many of the recent purchases seem to originate from investors and not prospective residents.

The ultimate effect seems to be a broad exclusion of potential buyers from the California housing market. The ultimate impact of this remains to be seen – it’s feasible that the market could experience potential stability down the line if buyers shy away for too long. Fears of a second bubble was one primary reasons for broad hesitancy in the buyer’s market, and consumer confidence still remains fragile. Anything that only encourages buyer skepticism clouds the future of the local housing market.

Is There a Silver Lining?

One of the positive consequences of a decrease in purchase momentum is that housing prices may dip enough for certain buyers to return to the table. There’s the potential for a sort of uneven drop-rise pattern in the California housing market where home prices decrease due to purchase slowdown, and increase again once they become affordable to enough interested buyers. While this risks unevenness, it does stave off the likelihood of a bubble in the immediate future.

All this being said, it seems the forecast for the housing market throughout Los Angeles and Orange County hinges on whether or not purchases arrive from prospective residents or from hedge funds and financial orchestrators. It’s easy for economic trends to sustain if they come from more organic motivators (consumer confidence, resident property demand), but if they’re orchestrated by outside forces, then stability could be more likely.
Photo Credit: Thomas Hawk

Mehran Kamari
Thanks Harrison for the informative article. I live in LA and plan on selling my home sometime within the next 18 months. It’s good to be abreast of this type of information. Keep em coming!

Harrison Stowe
Appreciate it, Mehran. I do my best to stay on top of market trends.

Lisa Phillips
California makes no sense to me sometimes. Hard to start businesses, over regulated, overpriced, and they have a net loss of people moving to NV, AZ, CO, ID, WA, and OR. I am a little surprised that its been so stable. I get the hot spots of economic activity, but is this completely held up by outside investors?

Edie
That may be true of Southern California, but up here in the San Francisco Bay Area, the market is really hot. There is still not much inventory, and prices are continuing to rise. It’s not unusual to get 10-15 offers on a property (some from investors, but still mostly from families), or for the final price to be well over the asking price. We just sold our property. We only fixed up the front unit, but left the back unit as it was. We got 17 offers!!! The lowest offer was for the list price; the highest, all-cash, no contingencies offer was for almost 10% more. It was bought by someone who will rent out the front unit and live in the back. A lot of us thought the market here might be slowing down around this time, but we see no signs of it yet. We hope that as more inventory appears on the market and if interest rates rise a bit, we can avoid a second bubble.

Jonathan M
I’m not surprised either. I spoke to some real estate agents that were hosting an open house in my complex and they said pretty much the same thing. The condo they’re listing hasn’t sold and it’s been on the market for over 2 weeks already. I honestly don’t know how people can pay these prices considering that wages are still stagnant.

Jonathan M
I’m not surprised either. I spoke to some real estate agents that were hosting an open house in my complex and they said pretty much the same thing. The condo they’re listing hasn’t sold and it’s been on the market for over 2 weeks already. I honestly don’t know how people can pay these prices considering that wages are still stagnant.

Jaz Cook
Good info, but as mentioned in another comment, you certainly can’t make statements about Orange County and apply them to entire state of California. The San Diego area, and La Jolla in particular, have not slowed down at all. Now would be a great time to list properties in my area.

Josh
Many of the hedge funds that were buying to hold the properties to rent out have reached the fully vested point, at least in Ventura and Los Angeles County and most of California. The reason being is that the required cap rates generated from any given property are now hard to come by, and not worth the effort. However, these hedge funds have taken so many homes off the market for now and in the immediate future, that they will have an everlasting effect on the market in the short term. In other words, in the immediate future there will be less homes on average that will go up for sale, since there are less homes “taken off the market”, which will drive prices a little further. The day of reckoning will come when these funds start selling.