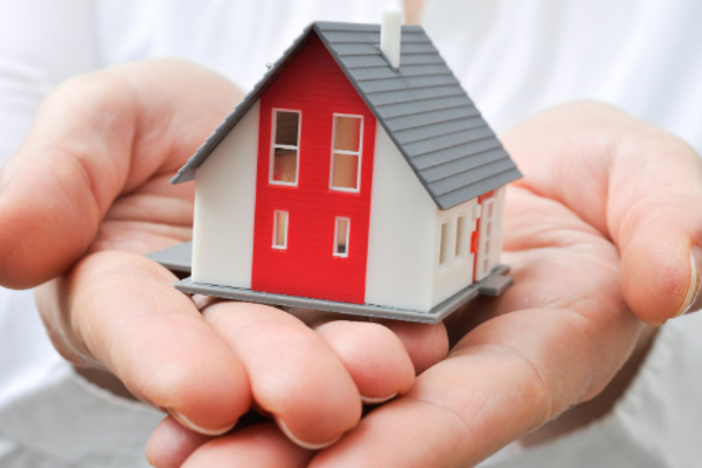 The Great Recession ended, according to U.S. economists, five years ago — so we can all stop worrying about the state of the economy now, right? Riiight. No matter what the economists tell you, the real estate market may be on the rise, but that's only because it was beaten down so dramatically.

Back at the beginning of 2009, the housing market was at its lowest point since the National Association of Home Builders started keeping track. So many young people moved back in with their parents when the economy tanked that the country netted some 2.5 million new people and only sold 400,000 new homes.

Since then, every year our need for new houses has taken into account not just the population growth, but also the trickling back out into the world of those 2.1 million people. This means that most standard calculations are off, and it means that (in short) we’re not building enough houses for everyone.

Which, in turn, means that demand for houses is high, and supply is short.

At the same time, hundreds of thousands — probably more like millions — of families faced with foreclosure realized that they could just barely scrape by if they rented out their homes to other people while they themselves went to live with their families and friends. This is actually a pretty normal thing to do, all things considered.

But what came next isn’t.

And because they’re (mostly) choosing to rent, demand for rental space is going up — which means rents are going up. Which means that many of those one-time homeowners who started renting in order to save their homes are realizing that there’s pretty good money in being a rental investor right now.

But what they don’t want to be is a landlord. They started off grudgingly taking on the job because they didn’t have a choice, but as their families recovered their economic footing, they started farming the responsibilities of property management out. They have full-time jobs, kids, and possibly even second homes that they’re paying mortgages on using the rent from their first homes.

Related: Property Management Software – Is It Right For You?

If you can tap into that market of new owners — position yourself as a property manager who can take the reins and deliver them a decent ROI with absolutely minimal time or effort on their part (passive income) — you can leverage their desire to not be ‘the landlord' for everyone's mutual benefit.

Have you ever played the role of property manager? Do you know any folks who own property but don’t have the desire or time to manage it?

Jump in and let us know what you think below!

Carrie
Interesting statistics! It always amazes me how much demand there is for properties, yet so many “individuals” believe the “housing market” is down!

Matt Grace
Thanks. I have been thinking of expanding into PM to help level out my monthly cash flow/intake. Great article. Thank you.

Drew
MATT: thanks for commenting.

Jen Kurtz
This is the job I do currently, for a large commercial real estate developer. It takes a certain type of person to do this successfully. I look forward to branching off and managing properties for individual owners in this same situation (or also for investors). Let it be noted however, that in many places in order to manage a property for someone for a fee you may be required to have a broker’s license, or an agent license working under a broker. There could be problems legally down the road if an owner had Joe Anybody showing houses and managing them. Managing goes beyond the routine sink clog or receiving rent payment. High five to all my fellow property management colleagues making it possible for an owner/investor to trust another person with the management of their asset! 🙂

Drew
JEN: thanks for pointing that out:)