Opinion: You Should Use Money From Friends & Family for Investing 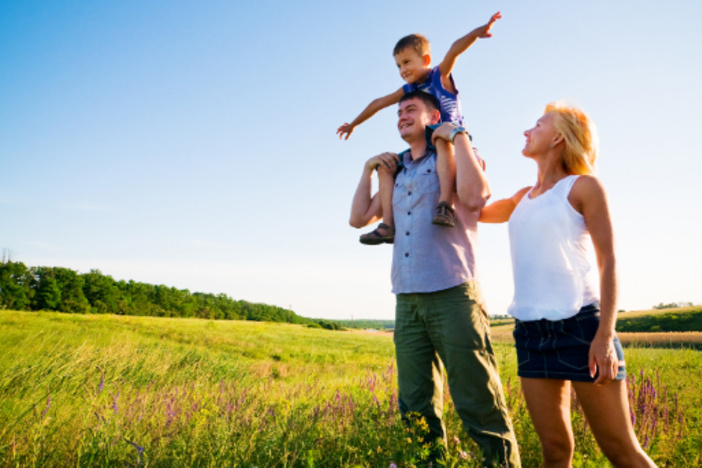 You're afraid that friends and family will never talk to you again if a deal goes bad. Should you take their money to fund your real estate deals?

We don't want to take money from our family and friends because we're afraid. We're afraid that we might lose our family's and friends' money in one of our real estate deals — and that would mean that those friends and family members won't ever talk to us again and that we let money get in the way of friendships.

Plus, the next Thanksgiving dinner might be a bit weird, huh?

Let’s drill down on our fear. Maybe it isn’t as bad as we think.

When I take money from other people to do a deal, I feel an overwhelming sense of responsibility to preserve their capital and produce a reasonable return — much more so than when I’m using my own money. I will make really darn sure that the deal I’m doing is so solid that the probability of LOSING money is remote. The margin of error is big enough that I may not make the profit I’m projecting, but it would have to be CATASTROPHIC to lose any part of my investors’ capital.

So the probability of losing your investors’ money is (hopefully) going to be remote.

But let’s say it happens. You buy a house to flip, the construction costs are way higher than anticipated, and the house won’t sell for your estimated after repaired value, and you find yourself having to drop the price until it sells.

Related: How to Raise Money for Your Real Estate Investing

What Are Your Options?

You could call your 4 friends and family investors and tell them they each lost about $1,200 of their principal and wouldn’t get the interest you promised.

They would not be very pleased, but they made good money on your previous three deals. Plus, they love you, right? So in reality, they’re not going to stop talking with you. In fact, if you’ve communicated well with them during this difficult time, they’re even likely going to invest with you again.

But if you’re a good steward of other people’s money (which you are), you’ll likely consider…

Eat the loss yourself.

This means you'll honor the commitment to your investors, return their principal and pay them the agreed-upon interest and make them whole. They will feel bad for you that you took a personal loss, but their respect for you will grow exponentially.

In the off-chance that your project loses money, won’t the worst case scenario actually not be that bad at all?

In other words, the probability of you losing your friends’ and family’s money such that they will never talk to you again are remote.

Now that we’ve analyzed the worst case scenario and concluded that it’s actually not as bad as we thought, let’s look at the opportunity cost of NOT taking money from friends and family.

If You Don’t Take the Money

When we first set out to look for investors for our real estate deals, we must start with our own personal network, which of course will consist of people we know: friends, family, neighbors, and co-workers. They’re all “friends and family” because we value our relationships with them and don’t want to jeopardize that for a deal gone bad.

Related: How to Invest in Real Estate with No Money Down (4 Rules You NEED to Follow!)

If we disqualify friends and family as investors, we make it VERY difficult for us to raise money, especially when we’re just starting out. And the worst part of that is that this difficulty is self-imposed and entirely unnecessary (as we’ve seen).

So overcome your fear and take money from friends and family!

If you do, you’ll be able to raise money faster, which will give you confidence to start reaching out beyond your personal network.

Always ask yourself, “What would you do if you weren’t afraid?” and that will help identify the thing that’s holding you back from accomplishing something great. Raise money from friends and family, and you’re well on your way to achieving your real estate investment goals.

I dunno, what do you think? Would you take money from friends & family?

Let me know in the comments below!

David Krulac
As I related in the BP Podcast #82, I borrowed $2,500 from my parents to buy my first house. I didn’t have the money, just starting a new job and had no savings. Though my parents were of modest means they were able to help me get started. Without their help, it would have taken me much longer to get started. After that my parents helped in many other ways by pitching in and doing work on my properties, including painting, landscaping and demo.

Eric
Use a Home equity loan first. Friend and family can be brought in as partner, not lenders. They will then appreciate the higher profits too.

Michael Blank Rental Property Investor from Northern Virginia, VA
This is another good I could have made in the article. If you’re going to make money for people, why not make money for your friends and family?

Amy
I had this backfire on me in a way that changed my family forever. My grandfather and I invested in a flip. It was his idea that it be 50/50 with him investing the cash. We did not write our agreement down (big mistake). We MADE A PROFIT and the whole thing still went to hell. Other relatives were suspicious and jealous and thought that I had taken advantage of an old man. Some relatives still aren’t speaking to each other over this. On the other hand, I have a relative who gave each of their two children $125K at the minimum required interest rate to invest as they chose. Because both siblings were treated equally and make their yearly interest payment ($2500), there has been no drama. Bottom line, it’s not just about making a profit, it’s about combating jealousy within families that can come up whenever money is involved.

Michael Blank Rental Property Investor from Northern Virginia, VA
This is good advice Amy. It’s important that everything is document carefully. Just because you have friends and family involved doesn’t mean you should cut (legal) corners. Sorry to hear about this experience. But I think it’s more common than we think. A friend of mine went through this in a probate situation where the siblings have been suing each other for years for their share, even though they are all very well off financially. It’s too bad this happens.

lin
We move money around in our family. always with written, notarized agreements. My mother loaned me enough to buy out ex half, of the family home, by First Trust Deed. Payed back with % and a thankful heart. I use gifting and notes, for my grown children. I must admit, loans to friends, have not worked out. But now I have learned not to loan, to hard up friends, more than I am willing to gift.

Michael Blank Rental Property Investor from Northern Virginia, VA
I agree, loans *TO* friends are infrequently repaid. My philosophy is, if I’m going to loan money to a friend or family member, I need to expect not to get it back. However, you *borrowing* money from friends is a completely different story!

Michelle
I agree that it is important to put all agreements in writing. Also, if you are borrowing from an elderly relative, it would be wise to get the O.K. from that person’s potential heirs before accepting any money. Family harmony is much more important than money to me.

Dawn Anastasi
I have approached family members and friends previously on what I am doing in real estate and they are happy for me but don’t quite “get it” and therefore don’t understand that I could make them a bunch of money.

Michael Blank Rental Property Investor from Northern Virginia, VA
This will take time. But once they see success (and other people making money) they will become staunch supporters.

deanna
Not everyone is comfortable investing with anyone, It’s even a bigger step to invest with someone you know (as pointed out above- – THEY may be thinking of the awkward Thanksgiving after losing $10K of someone’s hard-earned cash). Even though you COULD make them money, you could also LOSE it (remember when the bubble burst? Lots of “friend & family” money was lost in that). Move on.

Aletha Gargiulo from Colorado Springs, Colorado
We are beginning to look into the option of borrowing from friends/family. Could someone weigh in on how to structure it? Promissory notes, llc, other (particularly if the amounts are in the $5k range)? Which option protects the friends and family most? Thanks so much!