The Slow Climb to Success: Why You Should Embrace Real Estate’s ‘Unsexy’ Side 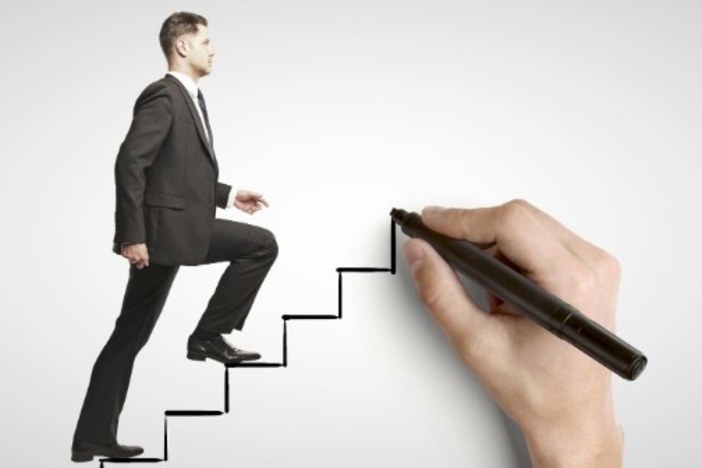 My brother has a sign in his office that reads, “Make more mistakes.” The principle is simple: you can’t do anything worthwhile unless you proactively go for it.

Unfortunately, going for it can lead to mistakes. Luckily, this is not the end of the world. Mistakes are inevitable. They are par for the course and a vital learning tool. The key, then, is not to fear making mistakes, but simply to accept them as the price of climbing up the ladder of success. Without accepting this principle, it’s extraordinarily difficult to take calculated risks, even if such risks are justifiable.

Indeed, one of my favorite quotes is by former IBM CEO Thomas Watson: “If you want to become successful, double your rate of failure.”

This is an extremely important principle, and nowhere is it more applicable than real estate. However, too many mistakes in a row can be fatal. Indeed, some mistakes by themselves are fatal. To state the utterly obvious, taking risks is risky. So what’s the best way to find a balance between fearful inactivity and reckless abandon?

Books that Teach Us About Successful Business Growth

I believe the key lies in two books from Jim Collins — How the Mighty Fall and Great by Choice. In Great by Choice, Collins looks at which companies thrive and which do not under volatile market conditions. One of his major findings is that companies that were consistent in their approach did substantially better than those that took an erratic approach, either trying to jump ahead quickly or hunker down.

He calls it “20 mile marching” after the philosophy of expedition leader Ronald Amundsen. In 1911, Amundsen and his team faced off against Robert Falcon Scott in a quest to be the first people to ever reach the South Pole. Amundsen’s team won. Scott’s team not only lost — they didn’t make it back alive.

According to Collins, what separated them was Amundsen’s almost dogmatic approach to preparation. As Amundsen said,

“Victory awaits him who has everything in order – luck people call it. Defeat is certain for he who has neglected to take necessary precautions in time; this is called bad luck.” (p. 13)

But it wasn’t just dogmatic preparation, it was “fanatic discipline.” Namely,

“Amundsen adhered to a regime of consistent progress, never going too far in good weather, careful to stay far away from the red line of exhaustion that could leave his team exposed, yet pressing ahead in nasty weather to stay on pace. Amundsen throttled back his well-tuned team to travel between 15 and 20 miles per day… When a member of Amundsen’s team suggested they could go faster, up to 25 miles a day, Amundsen said no.” (p. 61)

Needless to say, Robert Falcon Scott had no such discipline.

Jim Collins then applies the analogy to business,

One example of such discipline is Southwest Airlines. They would open just a couple new cities each year, no matter how good the market was. In 1996, more than 100 cities wanted Southwest to open there; instead, they opened just four new locations — and they had an unbelievable 30 consecutive profitable years to show for it! Even after 9/11, when the airline industry was in shambles, Southwest still made a profit.

So instead of going from buying five houses a year to 50 or looking for a home run out of the gates or whatever shiny new object comes along, play the long game. Go from five houses to maybe seven or eight. And when a recession comes, don't simply give up or hunker down because it's gotten harder. Try to grow in a controlled, consistent manner, always leaning out just a little past your comfort zone. It may not be sexy, but it's effective.

This is highlighted by the other side of the equation, namely failure. In How the Mighty Fall, Collins illustrates that it’s not lethargy that usually sinks great companies, but recklessness. For example, he describes the case of Bank of America:

“In December of 1980, Bank of America surprised the world with its new CEO pick… a vigorous forty-one-year-old… who told the Wall Street Journal that he believed the bank needed a good “kick in the fanny.” Seven months after taking office, Samuel Amracost bought discount brokerage Charles Schwab… Then he engineered the largest interstate banking acquisition to date in the nation’s history, buying Seattle-based Seafirst Corp. He launched a $100 million crash program to blast competitors in ATMs… Armacost ripped apart outmoded traditions, closed branches, and ended lifetime employment. He instituted more incentive compensations…“

“Bank of America fell from its net income peak of $600 million into a decline that culminated from 1985 to 1987 with some of the largest losses up to that point in banking history.“

In other words, change and action are not good in and of themselves. After all, how many real estate investors have you seen undone by jumping into big acquisition without the proper due diligence that turned into an endless money pit?

3. Denial of risk and peril

5. Capitulation to irrelevance or death

These phases generally outline the results of when these formerly great companies skimp on their due diligence or get overconfident in some manner. Then, after making a key mistake, they try to make up for it and make back their losses. But that money is gone; it’s what they call a “sunk cost.” By trying to get it back, they usually just make the same mistake again, and the decline becomes inevitable.

So what’s the lesson in this? Make mistakes — because they’re inevitable — but make them in the context of a disciplined framework. Don’t try to become rich overnight, but instead try to grow at a consistent rate. Real estate is a get-rich-slow scheme, so don’t be hasty. Instead, be thorough in your due diligence, and when you do make a mistake (which you will), do not try to make up for it by hitting a home run with the next big deal.

Big risks after mistakes should generally be avoided. Instead, simply get back on your horse and start 20 mile marching.

Do you see real estate investing as a short or long game? Do you embrace preparation and the slow climb to success?

By Andrew Syrios
Andrew Syrios has been investing in real estate for over a decade and is a partner with Stewardship Investments, LLC along with his brother Phillip and father Bill. Stewardship Investments focuses on the BRRRR strategy—buying, rehabbing and renting out houses and apartments throughout the Kansas City area. Today, they have over 300 properties and just under 500 units. Stewardship Properties on the whole has just under 1,000 units in six states. Andrew received a Bachelor's degree in Business Administration from the University of Oregon with honors and his Masters in Entrepreneurial Real Estate from the University of Missouri in Kansas City. He has also obtained his CCIM designation (Certified Commercial Investment Member). Andrew has been a writer for BiggerPockets on real estate and business management since 2015. He has also contributed to Think Realty Magazine, REI Club, Elite Daily, Thought Catalog, The Data Driven Investor and Alley Watch.
Read more
11 Replies

Sean T. Rental Property Investor from MA
Great article! This is truly a business about long and measured success. A perpetual downhill snowball can grow forever if it just looks out for the trees!

Micah Copeland Wholesaler from Nashville, Tennessee
This is an amazing article for anyone in any business to take note of. Everyone knows that growing to fast can be very detrimental to any business, however, most people get very cocky once you start seeing success and do not apply that rule to themselves. I started a company and was doing very well until one year I grew from 2 locations to 13. Needless to say it almost sunk my whole company and now I am down to two very consistent high producing stores and life is a lot easier, and surprisingly more profitable. Moving forward I will only open around 2 more locations a year (while concentrating on REI).. Anyways, great article and I completely agree.

Wendy Noble Investor from Sunnyside, New York
Thanks for the great reminders. Slow and steady wins the race. Never over-extend yourself but never stop moving forward.

Frankie Woods Investor from Arlington, Virginia
This was awesome, and I agree 100%! You have to take risks, but you also must understand what is at stake. The slow and steady game has worked for millenia. Is it boring? Yes. Can it make you wealthy? Absolutely! I’ll be referencing friends to this article, and I’ll reference it whenever I’m in doubt. Thank you!

JOAN DICKIE Residential Real Estate Broker from La Crosse, Wisconsin
Thank you for posting this article. It should be an article that all beginning investors should read and all experienced investors should review on a regular basis.

Liz S. Real Estate Investor from Altamonte Springs, FL
This is an outstanding article – all new, and seasoned, investors should read this!

Cory Binsfield Financial Advisor from Duluth, MN
Every real estate investor I’ve known or watched from the sidelines that did a 10x on their acquisition strategy ended up losing everything. While there are many reason for these spectacular falls, I think one of them is “not knowing what your don’t know.” Running 1 or 2 properties is pretty simple. Going from 2 properties to 20 in a short time creates a whole new host of management challenges along with more exposure to market changes if your heavily leveraged. Unfortunately, you don’t know what obstacles you will face until you have successfully run a large portfolio. If investors would simply slow down and keep their eye on the journey versus the reward, they couldn’t help but become successful. I’ve always had a goal of one property a year since I started 14 years ago and it has served me well. In fact, if someone in their 20’s to 50’s simply bought one cash flowing property in a decent area once per year for ten years, they would wake up ten years later as a millionaire with enough passive income to retire their spouse or be in the top 10% of retired households based upon retirement income. Real estate is simple. People make it hard.

David Johansen Investor from Kernersville, North Carolina
Outstanding article! I this is true in all areas of life. STEADY disciplined progress is what produces the best results. It takes self discipline that comes from concious effort to do so. Many people understand this but far fewer actually follow it.

Sonja Pope Real Estate Investor from Mahwah, NJ
Even though I’m late to the party I’m so glad I got to read this article. Very insightful and helped me make the move to pick up Collins’ books. Very well written.