The 3 Most Valuable Universal Truths My Mentors Taught Me 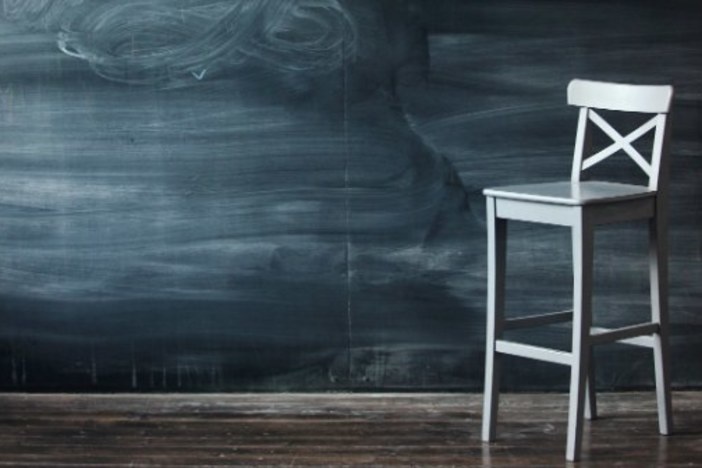 Nobody deserves the mentors I’ve been so blessed to have in my corner. One’s left standing, and he’s fighting the good fight. So much of what they taught me has turned out to be timeless. There were eight of ’em, and they began their version of OldSchool “classes” when I was in my late 20s. On precious rare occasions, maybe 10% of the time, I had ’em all at one table, grillin’ me like a freakin’ murder suspect.

At first I was in a semi-perpetual state of terror, but over time, once I understood my place — just below the bottom rung of the basement stairs — I was able to relax and learn. They were unfair, brutal, and didn’t put up with back talk, no matter how subtle I couched it.

Simply put, I was to listen, ask questions when they allowed them, and take copious notes. Ever watch NCIS? I got “Gibbs slapped” in the 1980s. 🙂 It was sometime around the end of the first year of consistent meetings with ’em that I began to see a significant change in how others began to respond to me differently. It was not only positive, but made me feel I’d had a door opened to a world I didn’t think I’d ever experience.

Anywho, here are just a few nuggets they passed on that have proven of highest value to me. These are meant for those wanting professional level results, not hobbyists.

The 3 Most Valuable Universal Truths My Mentors Taught Me

1. Stop with the “Jack-of-All-Trades” fantasy.

It takes years of training in multiple skill sets to become a real investment pro. It takes more years to rack up seriously effective experience using those skills to become a bona fide seasoned pro. This is a reality purposefully ignored by most. Today, the phrase Jack-of-All-Trades has been replaced for the most part by the DIY crowd — Do-it-Yourselfers.

The level of expertise in any given skill almost never gets to professional quality. Since most investment endeavors require many skills, the lack of pro level mastery is rarely reached. They don’t like to hear this, as they’ve proven they’re much better than all the other amateurs to whom they compare themselves. I know this is harsh, and I don’t mean to offend anyone. But when results of pros and amateurs are compared side by side, the real meaning of cruel reality becomes obvious.

Takeaway: Whenever possible, have a highly experienced professional — if only in the background — to ensure significantly superior results. This isn’t new, right? How important to you are the results your efforts produce?

2. Getting answers to our questions isn’t the problem. It’s the answers to questions we’ll never know to ask that sabotage our efforts, sometimes grotesquely.

Here's a perfect real life, real time example. A real estate agent friend of mine who does traditional home brokerage called me last weekend. Seems one of his clients had done a tax deferred exchange (actually a "delayed" exchange), and while playing golf, another player told him he'd made a mistake. He'd panicked, immediately calling his house agent, who then called me.

Related: Newbies: Here’s What You Have to Offer to a Potential Real Estate Mentor

Shortest version is they closed the sale property the last week of December. They counted 180 days from close of escrow to know the exact date they’d need to close the last half of the exchange. So far, so good, right? His gold buddy said that they didn’t get the 180 days cuz tax filing day, April 15th, came first. They’d hafta close by then or forfeit the tax deferral. Like I said, panic ensued.

Why? They didn’t know the question to ask when entering the exchange. The simple answer is that they’ll still get their 180 days, which go far past April 15th, well into June. All that’s needed is for them to file for an extension to file their tax return. Really, it’s that simple. But think, what if their golf buddy hadn’t given them that partial truth? If they’d filed their taxes on time, without the extension, and without having closed the exchange by that date, they’d have blown up the tax deferral. In fact, they’d have found themselves with a mid 5-figure tax liability.

Takeaway: We can’t find the answers to questions we don’t know to ask. The consequences can be more seriously damaging than imagined.

3. Sometimes the best thing to do is to reassess your current model. Raging success for years can morph into a whole buncha “uh oh” faster than we can watch it happen.

Put differently, the ability to adjust rapidly to a reality that’s morphing from golden to mud is often the difference between long term success and a great story for your grandkids about failure. I remember after attending several seminars on exchanging and 200 hours of CCIM training, I was sure I had things wired. Wrong, PunkBreath. 🙂

That's a direct quote from a mentor one afternoon late in December of 1980. They told me that as bad as the economy was — and at that point it was pretty horrible — it was only gonna get worse. I needed to spend as much time studying what I'd learned the previous three years as possible, so as to make it second nature. They predicted it would likely be the difference in my financial survival.

I thought they were a buncha old guys being dramatic. What an idiot I was. They nailed it completely. However much I didn’t wanna believe ’em, I still practiced innumerable before-and-after tax cash flow analyses, figuring both internal rates of return (IRR) and (what was called back then) financial management rates of return (FMRR). I did ’em with my HP 12c, my forms, and a pencil. I attended numerous weekly “exchange” meetings, held for investment agents only.

Related: How to Rock at Finding a Mentor in Real Estate: The Definitive Guide

Bottom line: I barely made enough income during the '81 recession to make it out the other end. The drought lasted 'til around the end of '83. How bad was it? We were putting together transactions with cars and gems. Seller financing was THE name of the game. Well over half of my firm's transactions from 1981-1983 were exchanges, mostly tax deferred. The others were partial exchanges combined with installment sale treatment. If I hadn't listened to what I came to call my own Jedi Council, I'd have been applying for a cashier's job at the grocery store. Following their lead literally saved me.

Over the years they taught me so many principles and strategies, I could never pay ’em back. The main thing those doing things on their own should take from all this is simple. When the Firestones meet the asphalt, the real difference between pros and non-pros is that the pros know most of the answers to the questions the majority of investors don’t know to ask. We’re never more helpless than right after we’ve discovered an ugly answer to an unasked question. Those answers can be ruinous. I know, cuz when they were still makin’ fun of me, I lost three properties to those answers.

What’s the most important thing your mentor has taught you? Or if you’ve learned the hard way, what universal truths has real estate investing bestowed upon you?

Leave a comment — and let’s learn from each other.

Carole G. Investor from Durango, Colorado
Good article. We always have to keep learning. One small thing, you said “In fact, they’d of found themselves with a”.. . “They’d” is a contraction for “they would” so the next word is “have” not “of” even though it sounds like “of” when people slur it in their speech.

Matt Aspen Engineer from Pleasanton, California
Another great article; thanks Jeff! You nailed it on the head; most of us, don’t know what questions to ask. This is the semi-paralyzing aspect of REI for me as a newbie. I’m actively searching for a “real” mentor.

Jeff Brown from San Diego, CA
I wrote it that way on purpose. ‘They’d of’ is common usage. I’m not a stickler on the rules as you may of noticed. 🙂

Elanchelvan E. Investor from San Jose, California
Great article Jeff! Thanks. Someone said that to master a skill you need to spend 10,000 hours at it. Real-Estate Investing is no different, and since it is so diverse it probably takes way more longer. Good to have people like you in BP!

Leonid Sapronov Investor from Laurel, Maryland
I got a kick out of Carole’s comment. That’s like telling Yo-Yo Ma – “hey, wonderful piece, but you used the wrong finger to get that G flat”… Jeff, I can’t imagine what your mentors would have done if you started correcting their grammar at the Jedi Council. 🙂

Jeff Brown from San Diego, CA
My comment to Walt was meant for you, Leonid. I’ve written that way for decades and have had no problems.

Walt Dexter from Downers Grove, Illinois
No, it’s like giving Yo-Yo Ma scuba diving lessons. He may be a wonderful musician but it doesn’t make him a wonderful scuba diver. There are rules to written English. If you want people to be able focus on your content, it helps to get the mechanics of the language right.

Jeff Brown from San Diego, CA
You literally made me laugh out loud, Walt. A couple of ’em may have simply rolled their eyes and given up on me.

James Dickens from Rescue, California
Great Article…..the difference between an expert and a highly enlightened amateur is the 80:20 rule. In my experience you can be right for years on end by knowing 80% of what you need to know. However, at some point the 20% will come up and if you are not knowledgeable you will get your clock cleaned and possibly loose all that you built over the many years you worked so hard. It is someone like Jeff Brown whose vast experience will help you get through those times. Always, counsel with someone more successful than you with more experience and time served in the game. Learn your mistakes vicariously rather than having to experience all of them personally.