9 Tips For Firing a Problem Employee As Gracefully As Possible 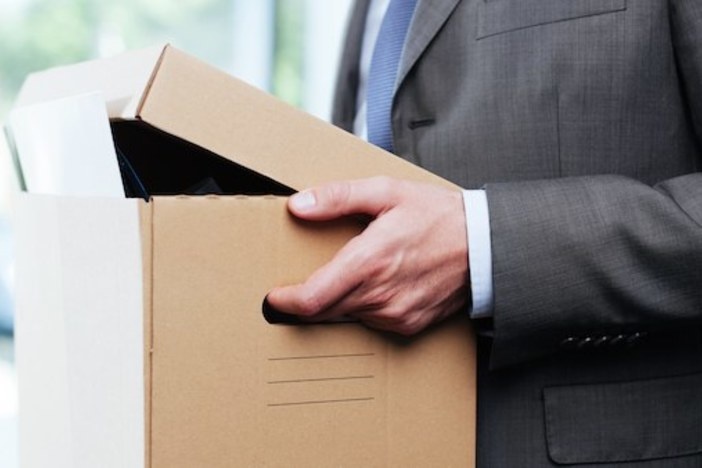 Last week I went over some keys to hiring, but as any employer will tell you, that's only one part of personnel management. One of the things about running a business is that regardless of whether it is a real estate business or not, you are going to have to fire people. It's probably the worst part of being the "boss," but it's necessary if you want to have any success at all.

It is without question that those bosses who are too afraid to let go of ineffective employees don’t succeed in this business or any other for that matter. People who aren’t getting the job done, are dishonest or unethical, unwilling to play by the rules or are infecting the rest of your staff with a negative attitude are effectively stealing from everyone else. They drain the company’s resources and thereby the opportunities for growth that more productive employees would have had. Or perhaps they sink the the whole company and cost those employees their jobs (and cost you your company).

In short, it is not fair to you or the rest of your staff to keep that person on board, and usually, it’s not fair to the person you should be firing, as this job obviously isn’t the right fit for them.

The first thing I should say is I have almost never heard of someone firing too soon. It’s almost always too late. Indeed, if you have the persistent feeling that someone should probably be let go, then you should probably let that person go.

Once I read that the time you should fire someone is the first time it seriously crosses your mind. I think that’s too fast, but there’s a nugget of truth in it. People almost always wait too long. So here are my top nine recommendations on how to deal with the not-so-pleasant act of letting someone go from my own not-so-pleasant experiences of letting people go.

9 Tips For Firing a Problem Employee As Gracefully As Possible

1. Don’t Just Assume Someone Is Doing a Good Job

It is important to have ways to measure performance. Some employees will try to hide information from you, and this is almost always a bad sign. It makes them appear more valuable, but really they are hindering you or other members of your staff. Bad employees will try to make you feel like they are irreplaceable or that the rules they are breaking don’t matter (or that they actually didn’t break them on some technicality). But where there’s smoke, there’s usually fire. If you are always having certain problems with a certain employee, it is probably more than a coincidence. Investigate it, trust your gut and don’t be pushed around by a bad employee.

Related: 5 Tell-Tale Signs That it Might Be Time to Fire Your Property Manager

2. The More You Can Measure, the Better

It’s always easier to rely on hard numbers than your gut (even though, as noted above, when in doubt, you should trust your gut). So try to put in place metrics, or as they are called in business school “Key Performance Indicators (KPI’s)” to measure employee performance.

For example, with a leasing agent, the ratio of applications per showing (or if they are doing the marketing too, showings per day) could be good metrics. With maintenance technicians, the number of work orders done per day could be useful. But be careful, you don't want to put into place bad metrics. If you have two maintenance technicians and one gets all the hard jobs and the other the easy jobs, then you can't look at the number of work orders completed per day and think it's an accurate representation of performance.

Still, hard numbers are always helpful and at the very least can show you potential personnel problems worth investigating.

As mentioned above, if you know an employee isn’t working out, it’s time to make a change instead of hoping that person will change. Trust me, they won’t.

It is always a good idea to meet with employees who are not getting the job done or have an attitude problem first to 1) explain to them the problem in hopes they change and more likely 2) make it clear they are on the edge. You certainly don’t want to surprise them when you let them go. You should give them a written explanation of the issues too. This will make the confrontation when firing them a bit easier and help avoid potential legal issues, as you will have a written record of the problem and the employee won’t be surprised. For unethical behavior, though, skip this step and just fire the person immediately.

Behavioral economist Dan Ariely notes that a key to happiness is to do things you like slowly and things you don’t like quickly. So if you’re getting a new set of furniture, add one piece at a time. But if you’re doing something unpleasant, get it out of the way as quickly as possible. It’s much less painful to just pull that band-aid off quickly. Once you’ve decided to fire someone, don’t wait on it. And when you’re actually firing someone, try to make the conversation quick. Once you’ve said what you need to say, ask for their keys and cards or anything else you need back. Then stand up and wish them luck.

6. Expect the Person to Be Upset

This advice might seem odd, but I would listen to some music that will jack you up a bit. Basically, even if the person knows it’s coming, they will likely be upset. Maybe they will cry, yell or insult you. Who knows? The key is that you should feel like it doesn’t matter, and being a little jacked up can help that. (And no, of course I don’t mean off-the-wall, mosh pit-like jacked up.) Because in the end, how they respond doesn’t matter. They weren’t getting the job done, and therefore it’s time for that person to move on. It’s just business.

There is an immense pressure to explain why you are letting someone go when you actually do it. Avoid this. You should have already done it, but even if you haven’t, people don’t want to hear that they have both lost their job and weren’t any good at it. This will just make them defensive. If they demand an explanation, you can go ahead and give one, but don’t be too specific and definitely don’t be harsh about it. Try to be as diplomatic and gracious, yet as firm as possible. Words like “I have decided” and “it is no longer a fit” are good in these situations.

Related: A Subpar Real Estate Team Will TANK Your Profits: Here’s How to Avoid That

No one wants to hear how hard it is for you to fire them.

The easiest way to fire someone is to not have to. Make hiring, and especially hiring well, a priority. Don’t just look to hire when you need someone; always be on the lookout for A players. And don’t just settle for someone because they appear “good enough.” If you’re not positive about someone, keep looking. I highly recommend reading Who by Geoff Smart and Randy Street for a how-to guide on hiring.

But that being said, no matter how good you are at hiring, everyone makes mistakes. Sometimes good employees will go bad on you out of the blue. Regardless, you will probably feel very anxious beforehand and have a strange mix of relief and guilt afterward. This is natural from what I can tell. Unfortunately, it’s just part of doing business. Luckily, though, those feelings will pass.

Have you ever had to let an employee go? What was your experience, and what did you learn?

Mindy Jensen BiggerPockets Community Manager from Longmont, CO
I think #9 is so very important, Andrew. It is just like screening tenants. You do your work upfront so you don’t have to spend a lot of time managing them. I worked at a company once, and they were having a hard time finding someone to fill the position, so they hired the best of the bunch. Except she threw up so many red flags that I recommended against hiring her. Two short months later, we did have to let her go, and during those two months, I had to re-do her work. It wasn’t worth it. After you check out their background, go with your gut when hiring. There are a lot of people who look good on paper, but just don’t pan out. Great article, Andrew!

Andrew Syrios Residential Real Estate Investor from Kansas City, MO
Absolutely! Jim Collins puts in best in Good to Great with regards to hiring in my opinion; “If you’re not sure, wait.”

Jeff S. Lender from Los Angeles, CA
If you have appropriate systems set up (not really mentioned above), there should be no agonizing, surprises, handwringing, lengthy discussion, or arguments necessary from anyone. They will know. Your employees should always understand what is expected of them and be held in compliance. Do they have a written job description and have they received adequate training for this job? Do you have an employee manual that defines your expectations as well as those that ensure compliance with all state and federal laws? When an employee has an indiscretion, do you sit with them and explain the issues and your expectations, with increasing consequences? Do you coach them and document these conversations in writing? All employees mess up on occasion. So do you. Depending upon the severity, repeat occurrences should be dealt with using a fair warning system that everyone understands. Eventually, and unfortunately, an employee should know that if they repeat a particular behavior, miss a deadline, underperform by a measured amount, etc., that they will be terminated. This should never be a surprise. No one gets fired, they will fire themselves. This actually came from a manager of mine that I eventually fired.

Andrew Syrios Residential Real Estate Investor from Kansas City, MO
I think I referenced it with the “More you Measure the Better” part, but you’re absolutely right. Measuring, clear expectations and constant feedback is critical. As I once read, “no employee should ever be surprised when you fire them”. Unless of course you just found out about some unethical behavior or something along those lines.

Phil
These are pretty helpful for recruiters and HR managers. Firing an employee should be justifiable and within the company policy.