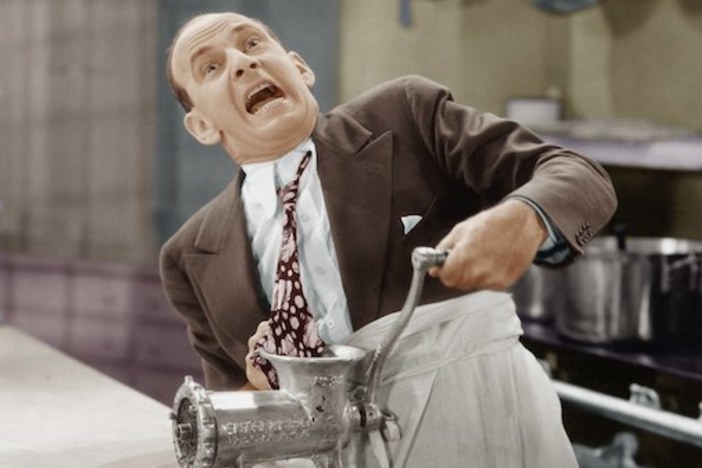 From week to week, I struggle with what to blog about. I was talking with a friend and he told me, “Stop trying to write a text book and write what you know.” So here goes…

I got started in real estate in 2003. It has been a wild ride thus far. I look back at where I was then to where I am now, and I am just amazed at the journey. I was a pimply faced kid with delusions of grandeur. Now I am balding, approaching middle age—and still have delusions of grandeur. (Some things will never change.)

Through all the highs and lows, I have learned the most from my mistakes. If there was a mistake to be made, I made it, probably more than once. This is my greatest hits of mistakes.

Even to this day, I can’t kick this habit. I’ve gotten a lot better, but I somehow think that by sheer willpower, I can take a bad deal and make it good. I have no evidence that I ever have done this, but for some reason I still jump on the marginal deals despite the facts staring me in the face.

Related: How to Transform Your Mistakes Into a Powerful Betterment Tool

Solution: We start with the assumption that we have to fix everything, and for the most part, we do (this prevents work orders later on). If we can’t see it, we assume it needs to be fixed. This has caused us to be more selective, but it also has helped produce a better rental product. It is very rare for us to salvage any kitchens and baths. It is cheaper for us to handle all of this during construction than during a late night phone call where we learn something broke because we didn’t replace it from the start.

I’m sad to say that reruns of Law and Order did not put me in the position to provide myself sound legal advice. I created many problems in my own business by being too cheap to seek out legal advice. Eventually, it ended up costing me more money fixing my problems than it would have cost getting the advice in the first place. It also cost me a lot of mental anguish thinking about all the possible problems that might arise because of not having a contract or having a bad contract.

Solution: Whenever I have a legal question, I call my attorney. I also call my attorney just to let him know what I am up to and ask him if there is anything that I need to watch out for. As my business continues to grow, I am no longer in position to not do it the right way. There is too much at risk. We want to protect ourselves as much as we protect our business partners and private lenders.

Up until a couple of years ago, networking was never very high up on my list of things to do. I did what I did, and I would say I was pretty successful at it. I’ve bought and rehabbed over 200 properties mostly in a vacuum.  I was so busy that I never saw the benefits of going to networking events or meeting someone I didn’t know for coffee. I wonder where my business would have been right now if I made it a priority.

Since I’ve really focused on networking, I’ve met business partners. I’ve met private lenders. I’ve met contractors and vendors through referrals. My access to deal flow has never been better. Networking has opened up new segments in my business that I didn’t know were possible, like selling rehabbed and tenanted properties to other investors. My business is growing faster now than it probably ever has because of the connections that I continue to make through networking.

Related: Here’s the Biggest Mistake I Made Starting Out in Real Estate: What’s Yours?

Solution: I now make it a point to meet with at least one new person and touch base with three others every week. I’ve worked it into my daily routines. At least three times a week, I am going to stop for coffee or lunch out. Now I add another 30 minutes or so to include someone else. I also spend more time on BiggerPockets. It is a great place to meet other investors of all experience levels. I wish I would have known about this years before I found out about it. So, if you are a Chicagoland investor, feel free to reach out and we can grab a coffee. If you aren’t in the Chicagoland area, feel free to PM me.

I could go on for pages of all the mistakes that I have made, but I think not making these three mistakes, along with my first post, have had the largest impact on my business.

What mistakes have you fixed that have had a profound impact on your business?

Brett Snodgrass Investor from Indianapolis, IN
@Mark Ainley, Thanks for the Post Mark. I love how you are just yourself, It was personal, and you made a lot of Great POINTS! When I was a full time Fix-N-Flipper, I always under estimated the repair costs and undershot the time it would take… It cost me thousands. Also, I remember a mentor investor telling me when I first got started 8 years ago, “If you are in Real Estate Long Enough, You will be in the Court Room Sooner or later” After 7 Years, I had actually never been in the Court Room, and was thinking “What was that guy talking about”. But My Eighth Year, I finally made it in the Court room on several different situations…. And my Attorney and I are pretty close (HA!). Thanks again for the Post, I appreciate reading it. Brett

Larry Schneider Investor from Pittsburgh, Pennsylvania
My Big Mistake…………… I wasted money for many years before I got smart. In my Pittsburgh area the bigger food markets have their discount cards that you use at check out. These cards give you points based on your total purchase for lower gasoline prices at affiliated stations.. The food markets also have kiosks where they sell gift cards to home improvement stores like Home Depot. I use a credit card to buy thousands of dollars in Home Depot cards that I use to buy rehab materials. Benefit……. My truck gasoline fill up cost is often less than $1.00. That’s one dollar. My credit card airline bonus points always have a free flight available on it. This is a much better system than paying by cash direct to H.D. Just recently Southwest Airlines has added their card to the Kiosks’. These are big dollar purchases that will give some free gasoline fill-ups also. My last fill up was $1.27 for 30 gallons that I got driving to the airport to get my free flight to see the grand kids.

Michael S. Helton Real Estate Redeveloper from Reno, NV
@Larry S. Thank you for the reminder! I used to use the Home Depot cards for my personal improvement. Many times if you shop around, when you are buying the Home Depot gift cards with credit cards you can get a 10% discount. So, you are able to double-dip with the 10% discount AND gain the points on the credit cards.

Kim Henry
Hi Mark – New to real estate investing and love your posts. If you are ever in Las Vegas for business, attending a conference, or just hanging out…send me an email. I would love to meet you and buy you coffee. I am a small business owner and my store is three miles from the airport…so it will be easy for me to meet you! Take care, Kim

Robert Schrecengost Investor from CARLSBAD, California
Thanks for the post. It has been many years since we were active in the investment end of things and are really looking forward to being able to spend the time needed for success. Although not in the, as you call it the ChicagoLand area, I am sure that the mistakes you speak of are relevant to any area of the US, and even some out of the country. I really am thankful that these types of sites are now available and that folks like yourself take time to give back. Robert and Beth

Julia Vang Hart Realtor from Memphis, TN
Thank you for the post! As a newbie just starting out I want to avoid as many mistakes as possible and learn from other people’s mistakes. I really love the idea of meeting one new person a week and touch base with three others. Not in a position to do so right now but will keep it top of mind.