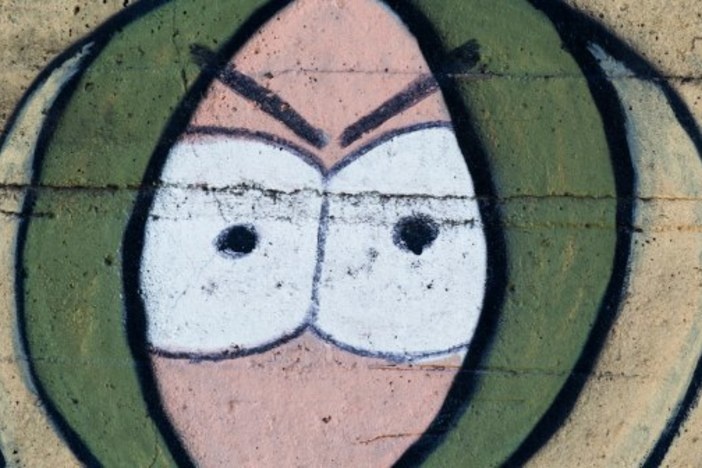 You might be asking what real estate investment — or business in general — could have to do with one of the most hilarious (and crude, obscene and offensive) shows of all time. Well, other than South Park creators Trey Parker and Matt Stone’s brilliant satire of American life (and their cogent economic analysis from time to time too), I believe there is something to learn in how they make the show.

Most animated shows take somewhere between six months to a year, from start to finish. For example, Matt Groening, the creator of The Simpsons, noted that it takes “…6-8 months to do one episode.”

On the other hand, each episode of South Park is written, animated, voiced and edited in a matter of six days.

Six days — no more, no less. The speed at which they work has allowed them to be extremely topical, even lampooning the whole Terri Shiavo debacle in an episode that aired mere hours before she died.

Related: Those With Goals Are 10x More Likely to Succeed: Here Are 15 Tips to Set Yours for 2016

What We Can Learn From South Park’s Process

For anyone who wants to see this insane process up close, check out the hilarious (and extremely profane and offensive) documentary The Making of South Park: 6 Days to Air. The documentary follows Trey and Matt as they put together the first episode of season 15 titled “Human Centipad,” where Steve Jobs and Apple kidnap Kyle and… well… you know what, I think I’ll leave that for you to look up.

Anyway, the process is, as noted, borderline insane and usually involves something like five 12-hour days and an all-nighter by the staff. This process apparently evolved organically. They originally shot the show using stop-motion photography of cardboard cutouts. Each scene took days, and an episode would take several months to produce. As computer technology improved, they were able to speed that process up faster and faster until they arrived at their current breakneck pace.

In one interview I saw with them, they noted that it was the only way they knew how to do it. When they tried to make episodes well ahead of the premier date, they just couldn’t get themselves to actually sit down and do it.

And as Trey Parker notes in the documentary,

“I always feel like, ‘Wow, I wish I had another day with this show.’ That’s the reason that there are so many episodes of South Park that we’re able to get done, because there just is a deadline and you can’t keep going. Because there have been so many shows where I was like, ‘No, no, no, it’s not ready yet, it’s not ready yet.’ And I would have spent four weeks on one show. All you do is start second guessing yourself and rewriting stuff, and it gets overthought. And it would have been [just]five percent better.”

More is Not Always Better

More is not always better. It can just lead to paralysis by analysis. And there is a major opportunity cost as well. Every second you spend doing something means you can’t do something else. So is it worth making something five percent better? Or is your time better spent moving on to the next challenge?

This is the key idea for real estate investors and business professionals overall. This certainly doesn't mean to blow through things or skimp on due diligence. It just means you don't want to give yourself too much time to complete those tasks.

There’s something called Parksinon’s Law that states, “Work expands so as to fill the time available for its completion.” And I think just about everyone intrinsically knows this to be true. Just think about how much more effective you were at studying for that big exam the night before the test than, say, a week earlier. It didn’t matter that you knew the test was coming months ago; the deadline was what really put things in motion.

In terms of setting goals, yes, setting goals is certainly better than not setting goals. And having written goals is even better. Indeed, a study from the Dominican University found that just the mere act of writing your goals down made it more likely you would achieve them. But the next step in all this is having a deadline; the quicker, the better.

While South Park’s crude animation style allows for such short turnarounds that might not be possible on a show like The Simpsons, the short turnaround creates the incentive to be extremely productive.

Don’t get me wrong; long term goals have their place, but short timeframes with concrete deadlines are, in my opinion, superior. Or at the very least, long term goals are ineffective without shorter term goals that build up to them. Here’s how the champion of minimalism Timothy Ferriss describes long and short term term goals:

“I’m not a big believer in long-term planning and far-off goals. In fact, I generally set 3-month and 6-month [goals]. The variables change too much and in-the-future distance becomes an excuse for postponing action” (The 4-Hour Workweek, 59).

Going back to Trey Parker and Matt Stone, it took them a full seven years to finish their “side project,” a Broadway musical that had no deadline at all. In the meantime, during those few months of each year when they were working on South Park, they made something like 100 episodes during those seven years.

So, whether you believe South Park to be absolutely hilarious satire or the downfall of Western civilization, there’s something to learn from them about using extremely short deadlines to become extremely productive.

What short term goals do YOU have set for yourself currently? How do you manage your goal-setting process?

Steven J. from Urbana, IL
I love the idea of this. I work in theatre building and designing shows. There is always an opening night deadline where tickets are sold and people are in the seats. If the build isn’t perfect its still whats on stage and its whats going to be onstage. Its frustrating but it gets done and you move onto the next product. When I transitioned into my first rehab I approached it much the same. Its a get in, make decisions, live with them, and move on process. Although it doesn’t always end up perfect its still a house that has been remodeled and looks nice. Sure, things could have been a bit better but there’s a point where you have to finish the product. I really noticed how well that mind set worked for me when I could easily make decisions and move on while a partner got really held up at times about whether a counter over hang should be 3″ more or not. Make a decision and go!

Scot Howat from Buffalo Grove, Illinois
South Park is brilliant, and this article was spot on. And that was a really insightful episode, I watched it when it aired live.

Scot Howat from Buffalo Grove, Illinois
South Park is brilliant, and this article was spot on. And that was a really insightful episode, I watched it when it aired live.

Kevin Izquierdo from Hillside, New Jersey
Wow, never really thought of it that way before. Very well written article. Im going to write some short term goals right now! On a side note, the new season is GOLD!! I love South Park 🙂

Andrew Syrios Residential Real Estate Investor from Kansas City, MO
The new season has been legendary! (I wrote this post from safe space just so you know.)

Sam White Rental Property Investor from Dallas, TX
Great post. Looking ahead at your long term mission is important. But setting short time frames for goals that lead us in the right direction is very important to keep the ship selling.

Brendan M. New to Real Estate from Colorado Springs, CO
Excellent advice. When I was younger I failed middle school art because I used to get hung up on trying to ensure every little detail was perfect that I never finished a single project all year. I think the 80/20 rule applies not only to people but to activities as well – in 20% of your time spent on a project, you’re going to get 80% of the work done. Being able to recognize the difference between ‘perfect’ and ‘complete’ is a valuable skill indeed!