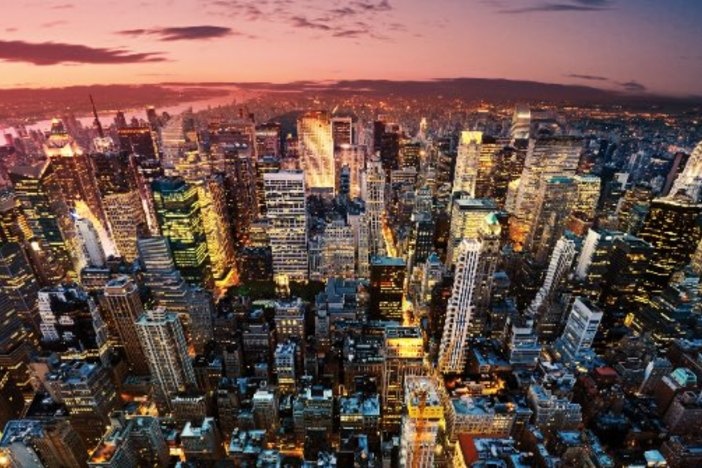 Greetings to the BiggerPockets community! This post will be the first of a series on the sharing economy.

What Is the Sharing Economy?

But first, what is the sharing economy? The sharing economy is the fundamental shift between the economic principal of scarcity to one of abundance. This is about how we can capitalize on the abundance of the consumer generation.

The sharing economy is composed of hundreds of online platforms that enable people to turn otherwise unproductive assets into income producers. These include homes, cars, parking spots, clothes, consumer items, pets, hobbies, and much more.

Many of you will be familiar with services like Uber or Airbnb, and it is likely that quite a few of you have used them already. But these platforms are just the tip of the sharing economy iceberg, which is poised to complicate titanic industries like taxis and hotels, among others.

This new business model is not really sharing, it’s access. People are craving access, and business is booming!

So we know that the sharing economy is here to stay, but what does that mean for real estate investors?

Jeff had been a part-time landlord in Montreal until a year ago. He decided it was time to take his real estate business to the next level. Jeff wanted to quit his job as a bean counter at a local accounting firm, but realized his real estate cash flow wasn't enough.

To supplement his income, Jeff took advantage of the sharing economy:

As a result, Jeff has been able to transition into his real estate business full-time while still being able to put food on the table.

But that’s not all. Jeff has also learned to be a user of the sharing economy to help with his real estate business. But more on this later.

Jeff epitomizes what the sharing economy is all about — that is, the use of online platforms and communities to exchange underutilized assets for money. While on the surface it may seem like a simple concept (and is!), this process has many significant repercussions.

Related: My Client Tripled His Income Using Airbnb: Here’s What He Should Know About Taxes

This includes the fact that the sharing economy has created an army of micro-entrepreneurs. And they are redefining the traditional ownership model.

Remember, it’s now all about access, not ownership. Please think about this point for a second — and its implications for real estate. We will get into this later.

The sharing economy is creating an entirely new demographic of people who are capitalizing on excess. The old mentality of excess consumption is being replaced by access consumption.

What Is the Sharing Economy Worth?

PriceWaterhouseCoopers (PWC) notes that the sharing economy earns approximately $15 billion in annual revenue. By 2025, PWC predicts that this will skyrocket to $330 billion a year.

As of 2015, Airbnb was already valued at $30 billion, which is almost as much as Hilton. Uber is currently valued at some $60 billion, larger than Delta Airlines, FedEx, and even Viacom. Traditional corporate giants are beginning to pour money into the sharing economy. For instance, General Motors recently announced they were investing $500 million in Lyft.

What Does the Sharing Economy Mean for Real Estate Investors?

Now we get to the million-dollar question: What does this mean for investors? The answer to this question is: It depends.

If you are looking for income supplementation, then there are dozens of sharing economy platforms that can help you with that. These include Airbnb for home-sharing, JustPark for parking, Roost for storage sharing, BeMate for luxury home-sharing, Fon for Wifi sharing, Vayable for tour sharing, and the list goes on and on.

Related: The Upsides & Downsides of Airbnb: A Landlord’s Perspective

Both of these topics deserve careful attention. Keep an eye out for separate posts on these topics that will be coming to you shortly.

Take one thing from this discussion. For real estate investors, the sharing economy is not limited to Airbnb. It’s only the start. It’s about getting creative, like Jeff from Montreal.

There are so many platforms available to real estate investors that can help step up their investing game. And in the coming days, we will introduce these platforms to you in more detail.

Investors: What do YOU think of the sharing economy? Do you take advantage of this niche to help build your business?

Grace
I’m not one for leaving comments ever. But I felt compelled to for this article. I loved this. Please share more of Mr.Carter!

Andrew Syrios Residential Real Estate Investor from Kansas City, MO
The sharing economy is great. A friend of mine used AirBnB to supplement his income while he was starting up his new company and I have another friend who uses it exclusively for his investment properties. Great article!

Brad Cartier Investor from Ottawa, Canada
Hey Andrew, I love those kinds of stories. It’s such a flexible option. I found that my primary residence (condo) in Montreal was so popular on Airbnb that I made a deal with a friend who lived down the road to stay with him some night and we split the income, we made a killing. HOUSE HACKING!!!

Astrid Lindstrom Professional from Boulder, Colorado
This is a fantastic description of the sharing economy and how it’s changing the face of business. Looking forward to future installments in the series!

Brock Adams from Chapin, South Carolina
Old and outdated business models are being changed and I suspect government will continue to step in more since attention goes where money goes.

Brad Cartier Investor from Ottawa, Canada
Hey Brock, I hope so but so far municipal and state/provincial governments aren’t taking it on as they should from a regulatory standpoint. Edmonton here is Canada is a great example of a municipality who has really taken on the issue of the sharing economy, but these examples are few and far between. The Ontario government is now partnering with Airbnb, but only to help ensure Airbnb hosts pay taxes. Seems like misplaced attention. Anyway, I hope you’re right 🙂

Brock Adams from Chapin, South Carolina
Agree Glenn. I think the folks in the U.S. care less for government involvement unless they feel something infringes on their personal property rights. The recession has created the shared economy. Many are discovery alternative revenue streams for their families however homeowner’s association in SC, GA, and FL are developing some strict laws and restrictions against individual property owners. These HO association can be an investors nightmare. Give me a backed up toilet any day:)

Brad Cartier Investor from Ottawa, Canada
Totally agree, government intervention should be minimal except to ensure common sense safety frameworks are implemented. Also agree with your HOA statement. I have a condo in Montreal where they banned short-term rentals. I can see both sides of the coin, my next door neighbor doesn’t want an army of partyers going through my place on a regular basis. But I also have the right to do certain things with my own property. There is a happy medium somewhere, this isn’t all or nothing. An interesting proposal I’ve seen make by Tim Hudak, an Ontario politician, is to allow short terms rentals for a certain amount of days in the year. Not sure if this would satisfy the average real estate investor. It’s a start.

Bryan O. Specialist from Littleton, CO
Awesome article. I didn’t realize how big the sharing economy has become. And I didn’t realize that the 2 large storage units under my carriage house can be rented on Roost! BAM! Income! Your next beer in Denver is on me!

Brad Cartier Investor from Ottawa, Canada
Bryan, glad to hear it! We will be touching on Roost a bit more in-depth in a future post. I’m always up for beer, especially if it’s free!

Dan McGinley from Chippewa Falls, Wisconsin
Great article Glenn! I just opened an account with AirBNB a few weeks ago. After getting divorced I ended up with a house that is much bigger than I need so I might as well make some money with it!

Brad Cartier Investor from Ottawa, Canada
Dan, thanks for the comment. Good luck on Airbnb and please let us or me know how it goes!

Sachin Acharya from Dubai , Dubai
Great article! Talking about government regulations, here in Dubai, airbnb is technically illegal. Let me explain. There are new laws in place that put restrictions on individuals offering short term rentals. You need to have a license which is only granted if you have more than x number of properties. I’m not sure what the exact number is but not less than 40. Time to move to US or Canada I guess 😉

Brad Cartier Investor from Ottawa, Canada
Yes Sachin! We are always beholden to our local governments. Some are more favourable to sharing economy than others. In Montreal for instance, technically Airbnb hosts have to register with the city as a hotel, and pay a tax. Similarly with Uber, Montreal in 2015 confiscated over 400 Uber vehicles as it is technically not allowed here yet. Uber is winning that PR battle though as they are paying all of the impound fees for drivers, legal fees, and even renting them a vehicle while their car is impounded so they can keep driving for Uber.

Ugochukwu Opara Flipper from Philadelphia, Pennsylvania
I’ve be living under a rock. I never even thought this can be possible. Good stuff

Brad Cartier Investor from Ottawa, Canada
You are not alone! Welcome to the party, let me know how it works out for you. The best way to test the sharing economy waters is to become a user first. Then you can discuss with sellers what works and what doesn’t in your specific jurisdiction.

Tapiwa Wakatama Healthcare from Decatur, GA
Great information. I’ll be looking into this. Thanks for the write up!

Diedrick Nagle Rental Property Investor from Golden, CO
Aboslutely love, love, love this article. To be in the now and the know is so crucial to success and even moreso in the rapidly changing world we live in. Looking forward to the rest of this series.

Gianni Laverde Investor from Corona, NY
Glenn, Just stumbled upon this article. I Wasn’t even aware that these technologies were grouped under ‘sharing economy’. Very interesting and thorough article. Thanks for sharing, I look forward to your future posts on this subject