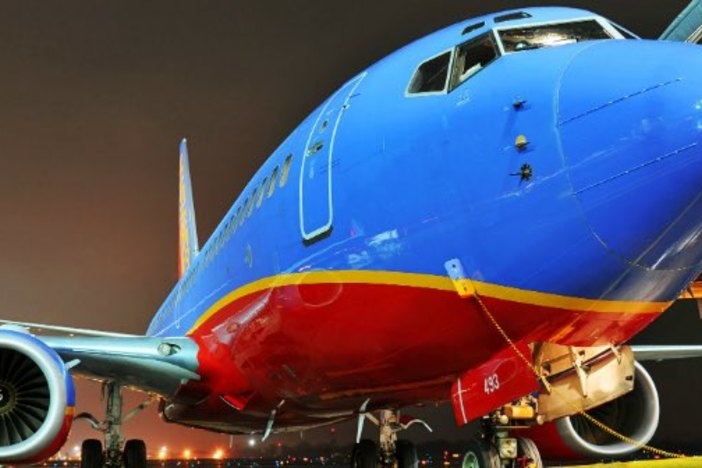 From relative obscurity not too long ago, Southwest Airlines has today become the second largest airline in the world in terms of passengers flown, just barely behind Delta. It has become so by bucking many of the traditional rules. For example, you won’t see Southwest tickets listed on websites such as Expedia and Kayak. They also don’t give people seats ahead of time, but instead line you up and let you choose your own seat. And bags travel free.

To say Southwest Airlines has been successful with this approach is an understatement. In 2015, it topped $1 billion in annual profits for the first time and has been growing in a remarkably consistent way for 40 years. Furthermore, as The Washington Post notes, “[Southwest was] the only major U.S. airline to remain profitable since the Sept. 11, 2001 terrorist attacks.”

Indeed, I have one friend who won’t travel with any airline other than Southwest. And this is the case even though Southwest doesn’t fly out of his hometown of Eugene, Oregon. Every time he wants to fly, he has to travel two hours North to Portland. But he does so anyway because he’s so loyal to them.

Related: What the Classic “3 Little Pigs” Fable Can Teach Us About Building a Business

On the operations side, everything Southwest does is based on reducing turnaround times so they can get more flights out of the same number of planes. It is thus somewhat ironic that Southwest is not in a hurry to expand to new markets.

“Southwest Airlines […] demanded of itself a profit every year, even when the entire industry lost money. From 1990 through 2003, the U.S. airline industry as a whole turned a profit in just 6 of 14 years. In the early 1990s, the airline industry lost $13 billion and furloughed more than a hundred thousand employees; Southwest remained profitable and furloughed not a single person. Despite an almost chronic epidemic of airline troubles, including high-profile bankruptcies of some major carriers, Southwest generated a profit every year for 30 consecutive years.

“Equally important, Southwest had the discipline to hold back in good times so as not to extend beyond its ability to preserve profitability and the Southwest culture. It didn’t expand outside Texas until nearly eight years after starting service, making a small jump to New Orleans. Southwest moved outward from Texas in deliberate steps — Oklahoma City, Tulsa, Albuquerque, Phoenix, Los Angeles — and didn’t reach the eastern seaboard until almost a quarter of a century after its founding. In 1996, more than a hundred cities clamored for Southwest service. And how many cities did Southwest open that year? Four.”

What Real Estate Investors Can Learn from Southwest Airlines

Jim Collins calls the approach Southwest Airlines took “20 mile marching” based off the philosophy of Ronald Amundsen. It must certainly have been tempting for Southwest to open in as many cities as possible each year, but Southwest opened in what might seem to be only a meager four. But that was the rate they felt they could grow into securely.

Basically, Southwest’s approach is to grow at a consistent rate and not to accelerate recklessly in good times or hunker down in bad times.

In an article sometime back, I related it to real estate this way:

"So instead of going from buying five houses a year to 50 or looking for a home run out of the gates or whatever shiny new object comes along, play the long game. Go from five houses to maybe seven or eight. And when a recession comes, don't simply give up or hunker down because it's gotten harder. Try to grow in a controlled, consistent manner, always leaning out just a little past your comfort zone. It may not be sexy, but it's effective."

Related: What Chinese Bamboo Can Teach Us About Those Who Quit & Those Who Succeed

An agent of mine once told me about a hedge fund he used to work for that bought cheap houses, fixed them up and then sold them with seller financing. The model seemed to be working, but then they grew to something like 10 different markets in a matter of two years. Eventually, they got so overburdened that they made more and more mistakes and ended up collapsing under the weight of their own reckless growth.

At the same time, I can relate times when we let good deals slip by because we were suffering from some mistake or the market wasn’t cooperating. Indeed, the best time to buy real estate was right after the crash. But how many people were so burned by what had just happened that they decided not to jump in?

The key that Southwest discovered was that a great business doesn’t try to get there all at once nor does it hunker down and stop when things aren’t going well. And real estate investors are in business just like Southwest. So continue to grow, but do so at a consistent Southwest-like rate.

Investors: What do YOU take away from Southwest’s amazing success?

Sonia Spangenberg
Thanks for this brilliant perspective. The gurus never espouse anything like this. Newbies need to really take notice. “You absolutely should grow and increase the rate of growth if at all possible. But you shouldn’t go from A to Z just like that. The speed of your growth should gradually increase as you gradually increase your ability to handle such growth.” This is the statement that says it all.

Andrew Syrios Residential Real Estate Investor from Kansas City, MO
There just isn’t a lot of money to be made in selling people get-rich-slow schemes, unfortunately.

Michael Boyer Investor from Juneau, AK
Neat article… Lots to learn from successful businesses that can be applied to REI…. And don’t forget a couple of classics tips I recall from Southwest (you can glean even more from the CNBC documentary on Herb Kelleher, free on Hulu, or from reading books like Nuts, by Freibergs) 1) Turn around times are key….Southwest knew an idle jet is not making any money–losing money in fact–and holding up travelers….So they did what the industry said could not be done, giving birth to the ten minute turn ( http://www.cnbc.com/id/43768488 ) making the tarmac spin and becoming the envy of rivals on their turnaround speed.. Takeaway: idle rental units are losing you money, so is your turnaround recipe down to a science/art so you can advertise and re-rent asap? It need not be ten minutes but the same rigor might be applied…. 2) Free Booze! At one tough moment early in their history, Kelleher went with a great Texas style competitive advantage: a free bottle of booze on every flight (hey, it was a different time). The business travelers flocked to Southwest for the fun perk and filled their liquor cabinets with something they needn’t even report on their expense account (or explain to spouses!)… Takeaway: Do you have a creative way (I am not recommending alcohol) to set your units apart from the competition and garner a loyal clientele of high quality long term tenants?

Andrew Syrios Residential Real Estate Investor from Kansas City, MO
Very good points. I remember seeing a video in biz school about the whole free booze angle. I’m not sure that kinda thing would fly (ha ha) these days with the regulators. And their turnaround times are also a great point which I almost thought about focusing this article on rather than the growth strategy.

Sharre Brooks from Little Rock, Arkansas
Hi Michael: What mechanism do you use as a creative way to entice high quality, long term tenants?

Douglas Skipworth Rental Property Investor from Memphis, TN
Another good one, Andrew! I love that SWA has been so intentional in executing its strategy. They planned to eat an elephant by taking one bite at a time. That’s the exact same way to build a large portfolio of rental properties. Southwest also understands the importance of getting good people. Teamwork really does make the dream work. Nowhere is that more critical than in large scale rental property investing and management. Thanks for the great reminders!

Jerry W. Investor from Thermopolis, Wyoming
Andrew, Excellent article. It comes at a good time. My market is getting hit hard by the oil price bust. I decided 3 years ago to ramp up my real estate investing. I bought out the last partner in a real estate investing company. The year after that I added 7 houses. When the prices of oil began falling I cut back to one purchase that year. This year I bought one fourplex I had been dealing on for 6 months, and will not buy another unless the price is great. I expect it will take at least 2 more years before real estate prices drop very hard. I need to be disciplined and wait until the market slowly picks up. That will be hard to do. I will concentrate on fixing up everything I have for now in case it gets hard to get tenants I want to have the best houses available in our small market.

Account Closed from Pittsburgh, Pennsylvania
Great article, Andrew! Companies like Southwest are intriguing. I love when people dissect them and apply their principles to other businesses. Thanks!

Donovan Castaneda from Kansas City, Missouri
Great article it shows us that it’s not about growing fast than makes it but growing strong it’s what we stands the test of time !!

Javi De Paz from Oakland, California
Thanks for your words of wisdom.

Karen O. from NYC, NY
Great article. I flew SW back in the 90’s and loved it so much I bought the stock when I got home. I didn’t dig deep but worked off the Peter Lynch principle of buy what you know.

Peter Mckernan Residential Real Estate Agent from Irvine, CA
This article caught my eye because the book “Good to Great,” by Jim Collins; which you talked about in the article, and how Southwest started out for the first three years at a net loss, but is in a 180 with a great company. Great article and business model to tie to real estate! A person that is starting any company needs to be methodical while growing their business, and needs to make sure not to grow to so many areas they really don’t know. That means that person needs to stay self aware!