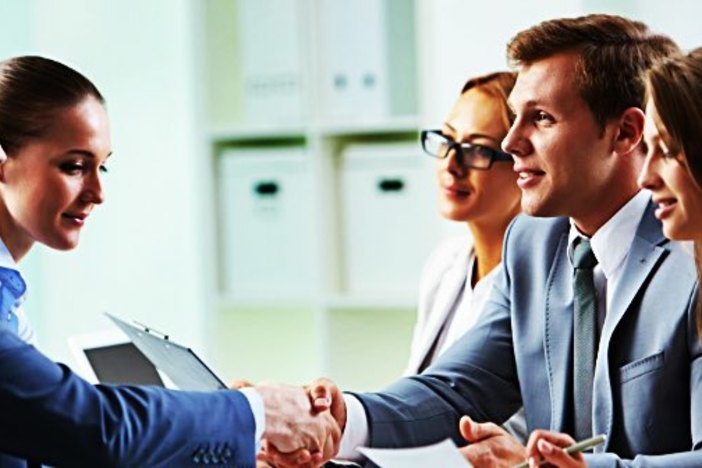 In what must have been one of the oddest introductory talks from a new CEO in history, Alcoa’s new chief Paul O’Neill began as follows,

“I want to talk to you about worker safety. Every year, numerous Alcoa workers are injured so badly that they miss a day of work. Our safety record is better than the general American workforce, especially considering that our employees work with metals that are 1500 degrees and machines that can rip a man’s arm off. But it’s not good enough. I intend to make Alcoa the safest company in America. I intend to go for zero injuries” (The Power of Habit, 98).

Alcoa, or Aluminum Company of America, manufactures a variety of metals — something that is quite dangerous. And while worker safety is obviously very important — and everyone in attendance recognized that — this was a meeting with the board, key managers, and shareholders. Some overarching vision (or fluff) on how to increase to profits and grow the company had been expected.

But Paul O’Neill meant what he said.

Shortly after O’Neill took over, an employee died in an accident in which the employee had brazenly disregarded company policy. O’Neill ordered all the plant’s executives into an emergency meeting. As Charles Duhigg notes, “For much of the day, they painstakingly re-created the accident with diagrams and by watching videotapes again and again. They identified dozens of errors that had contributed to the death, including two managers who had seen the man jump over the barrier but failed to stop him” (116).

Duhigg then goes on to describe what O’Neill and company implemented:

“Within a week of that meeting, all the safety railings at Alcoa’s plants were repainted bright yellow, and new policies were written up. Managers told employees not to be afraid to suggest proactive maintenance, and rules were clarified so that no one would attempt unsafe repairs. The newfound vigilance resulted in a short-term, noticeable decline in the injury rate. Alcoa experience a small win” (116-117).

Related: 5 Life Lessons From the Book I’m Writing & Passing Along to My Children

Again, worker safety is critically important. And so is making your employees (or vendors, tenants, clients, contractors, etc.) feel cared about. Indeed, O’Neill sent out a memo to “…congratulate everyone for bringing down the number of accidents.” He noted that “we should celebrate because we are saving lives.” Some workers were so moved by it they taped the memo to their lockers and someone painted a mural of O’Neill in one of the smelting plants.

But it should be noted that this wasn’t just a model of corporate responsibility, this was really good business. As Duhigg notes later:

“By 1996, Paul O’Neill had been at Alcoa for almost a decade. His leadership had been studied by the Harvard Business School and the Kennedy School of Government. He was regularly mentioned as a potential commerce secretary or secretary of defense. His employees and the unions gave him high marks. Under his watch, Alcoa’s stock price had risen more than 200 percent. He was, at least, a universally acknowledged success” (122).

What Real Estate Investors Can Learn From Paul O’Neill

There’s something to be said, by itself, for the old “happy employees are productive employees” line. And of course, employees who are injured have to take time off work, and it lowers overall morale. So there’s worker safety is good for the bottom line, even if one were to disregard the ethical concerns.

But there are two other major things to learn from Paul O’Neill and Alcoa. The first is the discipline their safety policies engendered and the “small wins” Duhigg mentions. Quite obviously, a disciplined and thorough approach is much better than a haphazard approach. But you don’t get such an approach just by snapping your fingers. It has to be a priority.

Furthermore, discipline builds upon itself. Namely, discipline in one area translates to discipline in other areas. Having the employees and managers follow through such a system kept them diligent and proactive not just regarding safety, but also regarding productivity and even creativity (as we shall see later).

This should be self-evident when comparing how successful disciplined people are to those who are not. Companies are no different. For more on this though, you should check out Atul Gawande’s book The Checklist Manifesto that goes through organization after organization that became more effective and efficient simply by implementing the discipline of checklists into their routines (which, of course, Alcoa did as well).

The small wins Duhigg talks about are also crucial, as they create a sense of collective accomplishment, keep morale up, and remove some of the drudgery so common in modern work.

There’s another critical factor, too. That is that by creating a reciprocal line of communications between workers and managers, other benefits started to accrue. For example:

“The Alcoa plant that manufactured aluminum siding for houses… had been struggling for years because executives would try to anticipate popular colors and inevitably guess wrong. They would pay consultants millions of dollars to choose shades of paint and six months later, the warehouse would be overflowing with ‘sunburst yellow’ and out of suddenly in-demand ‘hunter green.’ One day, a low-level employee made a suggestion that quickly worked its way to the general manager: If they grouped all the painting machines together, they could switch out the pigments faster and become more nimble in responding to shifts in customer demand. Within a year, profits on aluminum siding doubled.

“The small wins that started with O’Neill’s focus on safety created a climate in which all kinds of new ideas bubbled up” (117-118).

Related: 7 Timeless Lessons About Getting Rich From a Book Your Grandparents Read
According to one Alcoa executive:

“‘It turns out this guy had been suggesting this painting idea for a decade, but hadn’t told anyone in management… Then he figures, since we keep on asking for safety recommendations, why not tell them about the other idea? It was like he gave us the winning lottery numbers” (118).

Great leaders listen more then they speak. And this is true for real estate investors as well as any other business leader. Executive coach Marshall Goldsmith emphasizes seeking after “360 degree feedback.” The best leaders hear from everyone both about their own performance and about ideas for the company as well.

Instilling discipline by creating systems, checklists, and then following through on those things while constantly taking in feedback and asking for such feedback from employees, vendors, contractors and the like can both instill discipline, increase morale, and bring forth a whole set a great new ideas. It did miracles for Alcoa under Paul O'Neill's leadership, and it works for real estate investors just the same.

Investors: How do you instill discipline and morale into your company?

Grant Berthold Rental Property Investor from Ames, IA
Hey Andrew, Great article. You do a great job looking at history and a variety of business sectors to pull out lessons real estate investors can learn from. I always enjoy reading your posts. Best of luck!

Andrew Syrios Residential Real Estate Investor from Kansas City, MO
Thank you Grant! I appreciate the kind words and am glad you find them helpful.

Cornelius Charles Investor from Oxnard, California
How funny I came across this article today. We just watched a video of Steven Spear doing a case study on Alcoa yesterday. Thanks for taking the time to write this.

Denise Frazier from Alcoa, Tennessee
I live in Alcoa, LOL and I can see the building headquarters . They’ve changed the name to Arconic. I live in a bungalow right up the street off on Hunt. I drive by their facility on my way to the little rental I just bought. It’s nice to hear the history. Thanks for sharing.