Real Estate News Roundup: China Overtakes Canada as Largest Foreign Buyer, Only 9% of Millennials Plan to Buy Within a Year 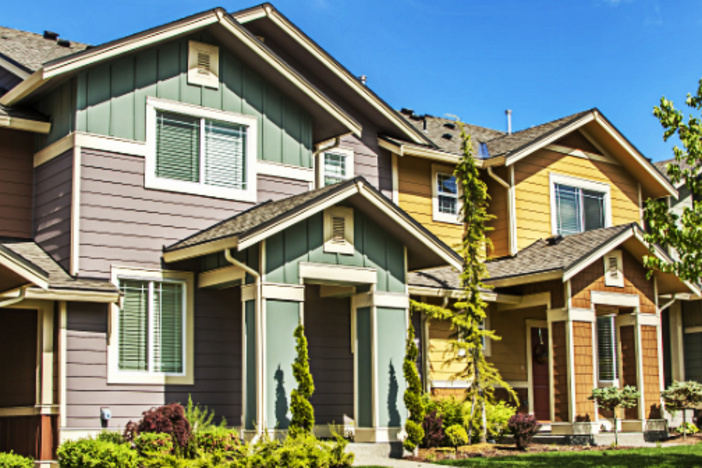 What's going on with the real estate market?

Have prices peaked or are home prices still on their way up? Are conditions stable or is a market correction imminent?

Investors and analysts love to speculate, but in the end, it’s anyone’s guess as to where the market will head in the coming weeks, months, or year. Unless you’re a Michael Burry-level visionary, it’s likely a waste to spend too much time trying to figure out when the next market crash is coming.

Still, it’s an integral part of every investor’s job to keep up with the market and news surrounding real estate. Not only does this inform your investing decisions, but it will give you an overall view of new technology, trends, and important happenings. If you’re serious about breaking into investing, you’ll want to live and breathe real estate — and keeping up with the news is an integral part of that (plus, it’ll make you look cool and informed at all your networking events).

So what’s going on in this week’s news? Here’s a roundup of some of real estate’s most interesting happenings.

In a trend unfathomable a year ago, the ultra-wealthy market home to Google, Facebook, and many other high profile tech businesses is finally seeing a slowdown in home sales, according to Bloomberg.com.

One home, located blocks from Stanford University as well as the homes of Google co-founder Larry Page and Steve Jobs’s widow, just slashed its price by $500,000 after sitting on the market for over a month. Indeed, homes over $5M increased their average time on the market in April to 16 days, up from 11 in the same month in 2015 and 10 in 2014 — and although the sales are still moving faster than much of the rest of the country, May looks to see slower sales still.

The reason? Analysts point to turmoil in the global economy and the prospect of higher interest rates. Says Dean Wehrli, a senior vice president at John Burns Real Estate Consulting, "The seemingly inexhaustible well of very high-end buyers has proven exhaustible after all. The peak is behind us, and that's becoming clearer and clearer to builders and buyers."

While Millennials want to buy, only 9% plan to do so within a year.

In a continually hot topic in real estate, USA Today reports that Millennials continue to struggle to save for down payments, despite a desire to own their first homes. The reasons include high rents and crushing student loans, as well as a lack of affordable inventory. Whatever the full range of causes, the result is that homeownership rates of those 35 and under are on the decline — and it seems that trend won't be changing anytime soon.

To follow Millennial couple Elizabeth and David’s quest for an affordable home to buy, click the article above.

A new report, as told to us by Yahoo Finance, has found that Chinese buyers spent at least $93 billion on homes and condos, both for living and investment purposes, between 2010 and 2015.

One reason for this uptick is likely the investment method used by wealthy Chinese called the EB-5 program (a.k.a. the immigrant investor program). Basically, this program allows immigrants to invest capital in order to more quickly obtain a green card. Created back in 1990, this popular program has drawn about $11 billion in Chinese investments to the U.S. market.

While concentrated in major markets (with 70% of aggregate transaction volume in New York, San Francisco, and Los Angeles), more and more Chinese families are also expanding into lesser markets, looking for places to setting down and raise their families.

Says Bruce Pickering, Vice President of Global Programs at The Asia Society, “As the Chinese get more sophisticated, as they’re here more often, and as they start looking for value, the real bargains are not in these cities any longer, they’re inland and they’re places you wouldn’t normally expect to see it. So the Chinese are moving out pretty fast into cities that frankly could use the investment.”

Related: Grant Cardone Just Warned Investors of a Market Correction: Here’s How to Protect Yourself

Confidence in commercial real estate is on the rise.

As reported by Forbes.com, Forbes Insights released its findings from a survey performed between February 12 and March 14, 2016, where it questioned CRE management executives, brokers, investors, financing executives, and attorneys on the outlook for the U.S. commercial real estate industry.

Its findings included the following:

Over 60% of those surveyed characterized their market conditions as optimistic and said that despite challenges in the commercial real estate niche, they saw significant opportunity.

What are your thoughts on these pieces of news? Anything you’ve seen in the news lately you’d like to discuss?

Peter Mckernan Residential Real Estate Agent from Newport Beach, California
Great article Allison! This has been a hot topic for the past year, but the longer the market seems to increase in prices the more the topic comes up! I would agree that there will be a market correction coming soon, just no one is sure when exactly that will happen! There was a Bruce Norris Podcast on a couple weeks ago that I listened to and he had a guy on the podcast that stated when the 10 Year T-Bill rate drops below the 2 Year T-Bill rate that is when a recession is in full effect, and lucky that is still a bit away from those numbers holding true. Either way, it is always good to keep an eye on the market like you discussed!

Michael Sadler
Very informative article! I also heard that Canadian buyers were buying in New York. Over the past few years everyone has been hoping to work with Chinese buyers to do a deal in the US. Canadians in Edmonton asked about whether Americans or Chinese are looking to buy in that city cause of risk of prices dropping due to oil.

Tapanga Matthews from Mississauga, Ontario
Very informative. It makes send why the Millennials are reluctant to buy. It is a bit challenging to juggle a mortgage and student loans. Thanks for the good read! T.Matthews

Account Closed from Honolulu, Hawaii
It is so true that the Chinese are buying up property. I’m here in Hawaii and they are buying property at above asking price!!!

Timothy Friars
How frequently are you seeing this, Raymond? How much above do they generally go?

Timothy Friars
How frequently are you seeing this, Raymond? How much above do they generally go? Reply Report comment

Adam Ward Investor from Raleigh, North Carolina
enjoyed this one. thanks!

Jacob Pereira Real Estate Agent from Austin, TX
Thanks for the selection of articles, Allison! I was actually impressed by the 9% of millennials who plan to buy a home this year. I know the article was trying to couch that number as very low, but if that trend continues (and the actually buy, rather than plan to buy), they’ll be the biggest generational demographic to own homes in the US within 10 years. I’d be really interested to see if that comes true.

Marla D. Mandujano
Thanks for the valuable information. I used to work at a furniture store and always wondered why sales would be up or down. Reading your article with my morning has confirmed ideas of the why’s. Keep the good research and content coming

Kerry Baird Rental Property Investor from Melbourne, FL
Enjoyed this summation. Will look forward to the next!

Sung Stepak from Victoria, BC
This is Helpful~ Thanks, Allison!