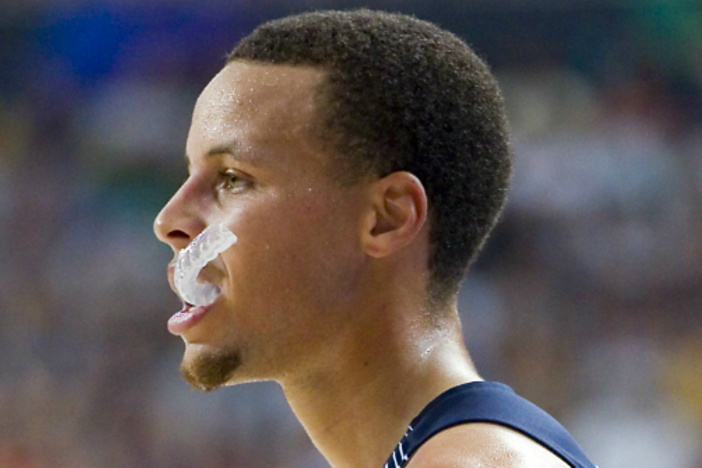 Lebron James and the Cavaliers just brought a championship back to Cleveland for the first time in 52 years. And they certainly didn’t have an easy road to do so. Not only did they have to beat the defending NBA champions who had won a record 73 regular season games, but they became the first team to ever win a championship after being down three games to one in the finals.

I could talk about how important it is to never give up and how Cleveland represented that will and perseverance despite all sorts of adversity this season. But I think the Warriors’ collapse is more instructive.

Indeed, since the Warriors set an NBA record by winning their first 24 games, a second championship almost seemed locked up from the get-go. The inevitability of it came into question once they reached the playoffs, however, first when Stephan Curry missed a few games due to injury. Then it got dicier still when Oklahoma City had them down three games to one. Even once they escaped the Thunder and went to the finals, memories of the Cavs putting up a valiant fight the year before even without Kyrie Irving and Kevin Love were alive and well.

Related: What Real Estate Investors Can Learn From Under Armour Signing Stephen Curry Away From Nike

The Dangers of Overconfidence

But by the late stages of Game 4, that sense of inevitability was back. The Warriors were on their way to winning and going up three to one on the Cavs. But with the outcome no longer in doubt, Draymond Green made a critical mistake by taking a cheap shot at Lebron James. Whether or not it deserved a suspension can be debated, but either way, there was no point to it. Yes, Green always plays hard regardless of the situation, but you have to play smart, too.

This gave the Cavs an opportunity to win Game 5 in Golden State against a shorthanded Warriors team. Then Game 6 came around, and Golden State looked almost lackadaisical, as the Cavs exploded to a 31-11 first quarter lead before cruising to victory.

All of a sudden, the Warriors had left it all up to one game — and in one game, anything can happen. Despite actually showing up for 48 minutes on Sunday and a great performance from Draymond Green, it wasn’t enough, and they let a second championship and historic season slip through their fingers.

Now, I won’t go so far as to say that Golden State got lazy, but it does appear they became overconfident and got sloppy. (Indeed, Warriors coach Steve Kerr had noted the team’s tendency to be sloppy several times during this season.) And as they say, the higher you climb, the farther you fall.

What Real Estate Investors Can Learn from the Warriors

Just ask how many successful real estate investors got wiped out in the 2008 financial crisis or how many have gone bust in some other way, form, or fashion.

Indeed, I’ve noticed in myself a growing hesitancy to ask questions about real estate investment as our business has grown over the years. Early on, I was new to the game, so I would ask just about anyone and everyone in real estate for their advice on investing.

Related: Steph Curry Shoots ‘Til He Makes 500 3-Pointers Every Day: Here’s the Crucial Lesson That Teaches Us

But as our company has grown and I’ve gained experience, a sneaky little voice inside my head has started to say something to the effect of, “You should already know that, so there’s no reason to ask.”

Well, no, you shouldn’t. No one knows everything, and as Ralph Waldo Emerson once said, “In my walks, every man I meet is my superior in some way, and in that I learn from him.”

You Never Know it All

There are few bigger mistakes that one can make than thinking they know it all, even if it’s just a subconscious feeling. No matter how experienced and knowledgeable you are, there’s always more to learn. It’s not like Gerald Levin and Richard Parsons were amateurs when they decided to merge Time Warner with AOL. They were seasoned and successful businessmen, and yet they still make a catastrophic mistake.

The same goes for reading. Indeed, many real estate books may sound somewhat similar, so it might be harder to find good and new information. Seasoned investors may be tempted to just stop. But it’s important to keep digging. Many times I or others in our company have found great ideas or information that have helped transform our business from various books, be they on real estate, business, or personal growth. This includes books such as Who, Tribal Leadership, The Power of Habit, Thinking Fast and Slow and Great by Choice.

Networking is another key activity. It seems to get harder to continue to prioritize this because as you get more successful, you also tend to get busier. But it’s critical to make a commitment to networking. Not just because you can get connected with people who can bring you good deals, employees, contractors, vendors, lenders, etc., but it’s also because there’s plenty more to learn.

Even when listening to someone less experienced, they still might have great insights. Timothy Ferris’s new book recommendation is a book called Ego is the Enemy. I haven't read it yet, but that title sums it up when it comes to overconfidence. Ego is your enemy, folks. No, you don't know it all, and yes, you still can (and most certainly will) make mistakes.

Tyler Herman Investor from Dallas, Texas
Your post really had nothing to do with basketball or any relatuonship between the Warriors loss and advice on real estate investing. I get that you’re trying to tie a current event to something unrelated to real estate to get more clicks but please think about making the information even slightly relevant.

James Wise Real Estate Broker from Cleveland, OH
The Golden State Warriors’ Historic Collapse has shown us all that you don’t mess with Cleveland! Cleveland is a city on the rebound in sports, economics, business and of course real estate. #ThisisCLE

Tannon Napper from Hillsborough, North Carolina
Hi Andrew, Great article. You said it ” The higher you are the farther you fall” Great reminder that in spite of great success you have to stay focused, hungry, constantly learning & striving towards your next big goal.

Dodie Dawson from Seattle Tacoma, WA
James Wise if real estate is doing well in Cleveland. What kind of ROI & Cap rate could I earn if I invest in multi family properties? Thanks for your feedback. Also, I agree with the writers, list of books, I can’t let a day go by without reading something for business ideas or personal development.

Jad Boudiab Property Manager from Cleveland, OH
Dodie, expect your investments here to produce between 5 and 16% ROI depending on the area, the type of investment, etc.

Terence H. Real Estate Professional from Los Angeles, California
Nba finals was rigged towards cavs favor if you saw closely calls officials were making especially in game 6 of finals. Nba did everything they could to extend series with bogus Draymond suspension and phantom foul calls on Warriors. Fakest nba finals ever. It was a slap in the face to nba fans. Im a bulls and clippers so im not bias for warriors but nba definetly pulled some major blunders in nba finals series to extend it to 7. Maybe their should be an article on rigging properties for cashflow cause nba definetly rigged the nba finals for more cashflow lol.

Cristina
I found most of your articles interesting. I have also read the articles in your company website, watched most of the videos you have and I got convinced that your company is legit and professional. I wrote through email about my interest in your crowd funding investment. I did not receive a response so I decided to call. When I called, I was told that you and your father are in another State for your new investment venture and will call me back in few days. Your father called me back during his break in a convention in Las Vegas and asked few information about me & my investment criteria. He did not sound very enthusiastic after that conversation and told me he will get back to me after the convention. I never received any email nor any phone call after that … It’s been a couple of years ago or so. I just thought that your company’s time is not worth spending to small time investors. But you continue to post articles that are down to earth, inviting & inspiring … which now made me wonder how sincere & honest these writers I spend my time reading & beliving what they wrote. Now I asked “Is it worth my time?”

Andrew Syrios Residential Real Estate Investor from Kansas City, MO
Hi Christina, I’m sorry we didn’t get back to you then. I can’t speak for my dad, but I do know that sometimes things can get lost in the shuffle and unfortunately forgotten. We certainly meant no offense and apologize for not getting back to you. If you are still interested, please let me know and we can see what we have available (although it’s not crowdfunding, it’s just trust deed lending).

Jerry W. Investor from Thermopolis, Wyoming
Andrew, Nice pep talk and reminder. We need to keep on top of our game. it is also easy to burn out. it might pay to take some time off or even spend time with someone just starting out to remember what it took to get this far.