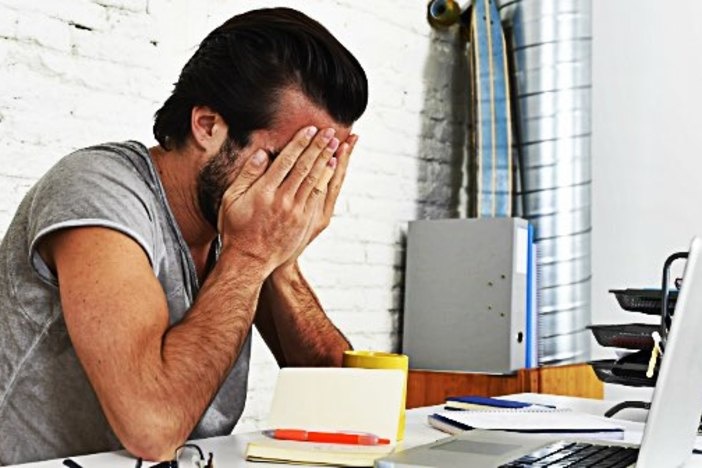 Back around 2009 and 2010, we did a lot of short sales, and it was basically impossible to work with Bank of America, as you would just call their short sale department and get tossed around from person to person before realizing it was pointless. They later introduced an automated system called Equator that cleaned that problem up more or less, but it left me feeling that Bank of America was a rather disorganized corporate giant. And the TARP money they needed to survive the real estate crash, as well as their involvement in the whole MERS automated mortgage-signing controversy that lead to a $335 million dollar settlement, only solidified that view for me.

But Bank of America has been a cautionary tale for entrepreneurs for some time. Even back in the early 1980s, they were making a common mistake that all entrepreneurs and real estate investors are tempted by — to do too many things all at once.

Jim Collins describes Bank of America’s fall from grace in his book How the Mighty Fall as follows:

“In December of 1980, Bank of America surprised the world with its new CEO pick… a vigorous forty-one-year-old… who told the Wall Street Journal that he believed the bank needed a good “kick in the fanny.” Seven months after taking office, Samuel Amracost bought discount brokerage Charles Schwab… Then he engineered the largest interstate banking acquisition to date in the nation’s history, buying Seattle-based Seafirst Corp. He launched a $100 million crash program to blast competitors in ATMs… Armacost ripped apart outmoded traditions, closed branches, and ended lifetime employment. He instituted more incentive compensations…”

The results of such rapid changes should not be particularly surprising:

“Bank of America fell from its net income peak of $600 million into a decline that culminated from 1985 to 1987 with some of the largest losses up to that point in banking history.”

Bank of America effectively tried to do everything all at once. It followed the path of every shiny object right to their dim, yet foreseeable conclusion. It tried to change almost just for the sake of change and to upend many things all at once instead of slowly and carefully optimizing various operations. In some ways, it tried to become a jack of all trades and a master of none.

And as recent history has shown, it doesn’t appear that Bank of America has learned the lessons of history.

What Real Estate Investors Can Learn from Bank of America

In his previous book Good to Great, Jim Collins and his team found that the best companies specialized at the intersection of the answer to three key questions:

I can guarantee that it is all but impossible that there is a huge number of things that fall into all of those categories for anyone or any business. It should be noted that in contrast to Bank of America, Jack Welch lead General Electric to a massive amount of success by consistently cutting back on or selling businesses that weren’t particularly successful and focusing on their best businesses back in the 1980s when Bank of America was doing the exact opposite.

It’s not to say that acquiring companies is a bad idea or that a company can’t be diversified and do multiple things. But a company needs to build up to that over time and to optimize each division before just jumping on to the next. And remember, as a real estate investor, especially a relatively new one, often the only division will be you.

It can be fun to go to various seminars and the like to learn about investing in foreclosures, wholesaling, buy and hold, tax liens, buying notes, buying seconds, buying vacant land, buying large apartments, buying commercial, buying retail, buying industrial, or buying timeshares in countries you can't pronounce. But you must understand quite clearly that you cannot be great at all, most, or even a good number of these things all at once.

The story of Bank of America makes it clear to me that new investors need to pick one niche and focus on it almost exclusively. I’m not saying to ignore an incredible opportunity if it comes up, but the vast majority of your time should be dedicated to that niche.

And for more seasoned investors, if you are looking to diversify, it should be slowly, “firing bullets, not cannonballs” at first, as Jim Collins puts it in another book. Optimize each business before moving on. And if you’re simply changing niches, make sure to jump in with caution, not reckless abandon.

Otherwise, if you're lucky enough to get a huge loan from the government, you might linger on like Bank of America. If not, your business will probably go the way of the Dodo bird.

Investors: Have you ever lost focus in your business? How did you narrow down your niche?

David Krulac from Mechanicsburg, Pennsylvania
Andrew, Nice article. Jim Collins, “Built to Last” and “Good to Great” are favorite books. I would take some other lessons from Bank of America. Their purchase of Country Wide Mortgages was a fiasco. The Feds encouraged the merger to clear up the mess Country Wide had created, then after the merger fined Bank of America $16.65 BILLION, for doing what the government wanted them to do and for the dirty deed of the company they bought. It was the largest fine in history at the time. That’s not to say BofA is totally blameless, on a more micro note there is a property in an area that I invest, that has been abandoned by the owner over 6 years ago. The mortgage is held by BofA and they have padlocked the house and put up their placards on the property, but have not completed the foreclosure, so the property sits there rotting away, with high weeds and a haven for rodents. Its a blight on the community and the only such property on that street. What’s the lesson there? Lesson there is to watch what baggage comes with a property you purchase, and make sure that the bad things associated with the property you buy don’t cost you billions of fines.

Andrew Syrios Residential Real Estate Investor from Kansas City, MO
I remember that fine and thought it was kind of ridiculous, but like your example highlights, that doesn’t make them any less disorganized. I had a friend who bought a condo at the top of the market with a loan from BoA and couldn’t afford it after the crash. It took them close to two years to actually foreclose. I guess that’s a bank mistake in his favor.

Chris Falk Investor from Yakima, Washington
There’s a home next door to a friend of mine that is exactly as you describe……..5+ years in foreclosure, owned by B of A, not occupied for at least a couple years, only home on the street that’s not 1/2 decently cared for, weeds pushing 6′ tall front and back, gophers wreaking havoc and just general blight. Finally a county commissioner who is good friends w/her family got fed up and rattled some cages since the property is a legit fire concern if nothing else this summer, so it sounds like something MIGHT finally happen (MIGHT). It’s amazing the process still takes this long and in my mind reflects poorly on B of A again. I’m pretty confident the absentee owner is not contesting the foreclosure in court nor anybody else. Whoever ends up buying that place out of foreclosure will have an EPIC rehab on his/her hands and I can’t even imagine all the problems they will encounter along the way…..

Jerome Kaidor Investor from Hayward, California
My BOFA story: I bought my house (REO) from them. Lowball all-cash offer. $25K of the cash was from a credit card that kept sending me “one year free interest” offers. And that credit card was with – can you guess? – BOFA!

Andrew Syrios Residential Real Estate Investor from Kansas City, MO
Haha, that sounds like typical BofA behavior. But hey, it worked well for you at least!