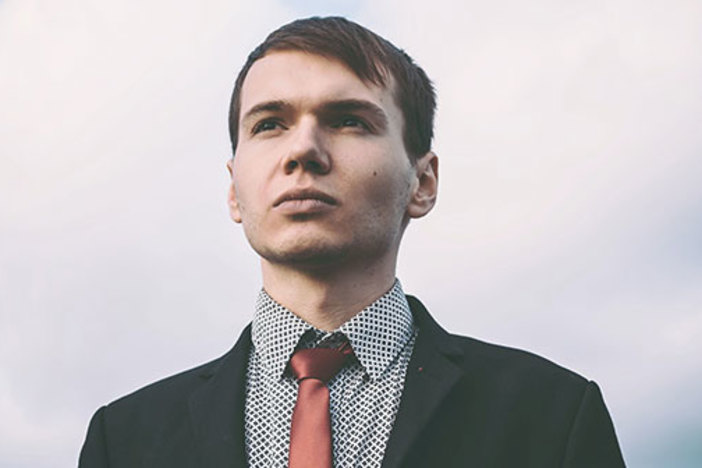 Recently, I was fortunate enough to attend a meeting of CEOs (many Inc. 5000 companies) at West Point, New York. One of our speakers was Lieut. Patrick Sullivan, who was there to discuss strategic planning.

He covered topics like mission analysis, due diligence, purpose statements, and operational design. We also discussed how to identify problems and tasks, how to determine the operational environment, and finally, how to communicate with and break down plans for those on the front lines.

As small business owners and investors, we may think we have challenges with our strategic planning, but I quickly realized how small mine were in comparison to the military’s, especially as the lieutenant told us the story of the Army’s strategic plan to take out Saddam Hussein’s regime, which at the time had one of the largest standing armies in the world.

Just like with football, much of the work in a military exercise is practicing and planning BEFORE arriving at game day. The 60 minutes on the field at the Super Bowl gets all the attention, but it’s the thousands of hours of preparation that really win the game.

The lieutenant proceeded to describe the scope of the Iraq Invasion that a team of about 50 strategic planners had prior to the invasion. Taking over the control of millions of people in major cities is no easy task. Just imagine the research it takes to plan out logistics to mobilize a force of that size halfway around the world and the various contingency plans. You know you have to have a plan B, C, and D, and take into account the possibility of Murphy’s Law going into effect, i.e. “anything that can go wrong will go wrong.”

Related: 3 Times in My Real Estate Career When Failing Was a Success

The strategic planners thought they had a good plan. However, the one thing that the Army hadn’t planned for was massive success.

Many of us are aware of the final outcome of Operation Iraqi Freedom and the downfall of Saddam Hussein, but I was actually surprised at what the real lesson was here. The original operation had figured it would take approximately four months to reach Baghdad, not three weeks, which is exactly what happened. The lieutenant said the U.S. Armed Forces were totally unprepared to succeed that quickly. They didn’t have a plan B for early success nor were they ready to handle the next steps in the necessary transition plans after the fall of the dictator’s regime. In fact, it took over two years after all that planning to try to correct the miscalculation.

Sometimes We Need to Catch our Breath

A similar scenario can happen to us in business. For example, Doug Tatum, one of my coaches and author of No Man’s Land: Where Growing Companies Fail

, says that sometimes businesses can grow so fast that they need to slow everything down just so the business can catch its breath, so to speak. The same thing can happen when one division of a company outperforms the others. Sometimes that business needs to take its foot off the gas while its overall operations catches up to that high-achieving division or department.

Rehabbers, have you ever had the experience of your acquisitions team knocking it out of the park for a few months to the extent that your construction team gets overwhelmed with all the new projects that have come in? That’s what I mean by not planning for success.

Prepare for Success—and Don’t Be Afraid of It!

When it comes to growth in business or investing, we can also be afraid of success, or at least unprepared for it. Personally, I think that was often the case for me in the early years. Sometimes you may believe you’re not worthy of success, or maybe you’re afraid of what success might mean to your current lifestyle or time commitments. These beliefs can work on you in a subtle way to keep from achieving the success that part of you wants.

Related: Sorry, But Real Estate Investing is NOT Easy. Still, You Can Succeed if…

Now, of course, I’m not saying we should avoid success, but I do believe we should possibly consider planning for success as much as we do for failure, in both our personal investing and business lives.

This may sound silly at first, but how many of us have a well-thought-out plan for what happens if everything goes GREAT with our business or real estate investing endeavors?

When I started out in real estate investing, I put a lot of planning into how I would acquire real estate, and the (pretty modest) plan was to buy one house per year until I owned 100 properties. Of course, my goals changed over the years, and I eventually made my way into real estate note investing as well.

But even though I had a growth plan, I didn’t plan for what would come next AFTER I completed my goals.

What do you do after you “make it?” I had no idea.

As the realization that I “succeeded” past my original goals has set in, my focus has shifted to things like portfolio management and estate planning. Not to sound like an AARP ad, but now I look less at doing the next deal and more at things like managing my existing income and cash flow in retirement, considering where I want to live, and figuring what types of assets will be easiest to manage for myself and my heirs.

So, what about you? If you were successful with your real estate investing or business, what do you think your next steps might be? Are you prepared for massive success?

John A. Investor from Sierra Vista, Arizona
Dave, I believe the speaker was a Lieutenant Colonel (LTC), not a Lieutenant (LT). A LTC is several pay grades higher than an LT. A LTC is a field grade officer; whereas an LT is the most junior officer in the Army.

John Murray from Portland, Oregon
My military years taught me how to read people, operate under harsh conditions and know where my limits of mental and physical endurance are. What the LTC failed to mention was technology will always win. Since I was a part of the just post Vietnam War (by 1 year) the Army was still teaching Cold War jungle tactics. Then the failed missions in the Mid East, the collapse of the Soviet Union which changed the tactics of the Brigade System to the more mobile Regimental System. Desert Mobile Warfare was not even taught, the NTC was the primary focus as the world changed. So the moral of this history lesson, the US will teach from a hindsight view and luckily has the technology to support the learning curve of mistakes. The Pentagon is a think tank just like any other. The difference is the Pentagon cannot be sued for mistakes. The Pentagon is the supreme think tank.

Joe J. Rental Property Investor from West Lafayette, IN
I am confused about why a lieutenant was selected as the speaker for a group of CEOs–did he have some kind of unique background or experience? The “strategic plan to take out Saddam Hussein’s regime” happened when the typical lieutenant was in elementary school!

Brandon Gentile Real Estate Agent/Investor from Clarkston, Michigan
Gret post, Dave. Not the usual stuff you see on here. I like where your head is at. And I like how you speak on the planning for AFTER you get to your goal. Few think about that. Appreciate it!

Ryan Haley Investor from Woodland Park, CO
Great point Dave. Sometimes we can get so focused on winning the battle, that we don’t know what we’re gonna do with ourselves once we do. What does long-term occupation look like? Great analogy, and an inspiring article to jumpstart me for greater expectations of success, but also a warning for what to do with it when it comes. Thank you very much.