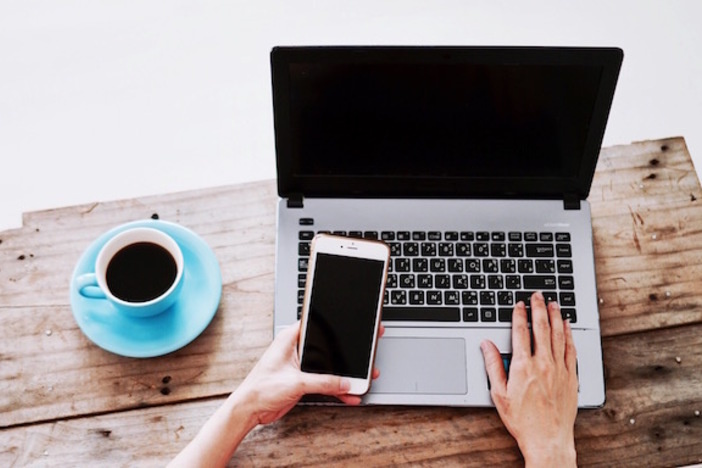 As a property management company operating out of Detroit that regularly supplements our staff with virtual employees, we have some unique insight into the utility—and the difficulties—of managing remote employees. At this very moment, we are engaged in an internal conversation of fairly colossal scope about how our remote employees can best be managed. We think we’ve uncovered a couple of significant truths about management from afar.

There’s a really obvious cultural divide, whenever you snag employees from overseas, even when the country you’re snagging from is fairly similar to your own religiously and politically (such as the Philippines are to the United States). We’ll talk about cultural divide in a later post. But there are other—less obvious—cultural divides that need to be paid attention as well.

First, let’s talk about generational cultural divides. Most remote workers are in their 20s and 30s, and most of the people hiring them are in their 40s and 50s. This creates enough problems when it’s the only cultural divide in play—witness the thousands of articles online griping about how Millennials are “entitled” and “lazy” and a bunch of other derogatory things.

What few of us realize, is that calling the youngest adult generation a bunch of derogatory things is a practice that dates back to Aristotle, and it is almost always wrong in the first place. So learning up on the facts and treating your younger remote workers like competent, hard-working human beings should be the default. If some percentage of them turn out to be dill weeds, consider the percentage of your own generation that turned out the same way. Blame it on humanity instead of on an entirely mythical generational divide. Second, let’s talk about the divide in workplace theory. Many of the people who are hiring remote workers—especially in locale-specific businesses like property management—naively assume that remote workers are just like office workers, but without the ties. They expect remote workers to have all of the same office-building values of punctuality, accessibility, constancy, and so on.

But ask any office worker who wants to work from home why they want to work from home, and you’ll likely get the same answer that every other remote employee would give you. Specifically, the entire purpose behind seeking a remote job in the first place is that you assume you will gain more control over when and how you get your job done. Another assumption is that you will be measured by how well you get your job done—not by how many hours you put on the clock or how closely you adhere to policies set forth by management about relatively inconsequential details of your job. In other words, enabling your remote workers to work on their own schedules using the methods that they are most comfortable with (as long as they’re actually succeeding!) should be the default.

Related: After Only Buying Locally, I’m Managing Remotely for the First Time Ever: Here’s How

This is actually a problem that is endemic to all businesses. But it’s worse when dealing with remote employees: incentive programs don’t work. Not carrots, not sticks. Both kinds of incentives are the product of a behaviorist economics paradigm that radically oversimplifies human motivation, and the results are somewhat predictable.

The problem with offering bonuses for achieving specific goals is that contrary to what behaviorist economics will tell you, people are not primarily motivated by money. Even when they say they want money, they are actually motivated by goals. So if they have a motivating goal that they can achieve with the bonus but can’t achieve without the bonus, they will work hard to get the bonus…one time.

Once they’ve achieved that goal, they’ll stop trying to achieve it—unless a new goal makes the bonus relevant again. Either way, what you’ve incentivized isn’t excellence and striving for a higher degree of success—you’ve incentivized occasional bursts of effort that you don’t really have any control over. (You also run the risk of the employee working hard but not achieving the goal for reasons they believe are beyond their control, which makes the carrot feel more like a stick. More on this below.)

First, a caveat: it's 100 percent appropriate and OK to offer penalties for voluntary actions (or inactions) that are commonplace but contrary to business policy. For example, penalizing someone who doesn't check their email after they've signed a contract committing to the company's policy of thrice-daily email checking.

But putting a penalty on a failure to achieve a goal is going to backfire and hurt your business. Even if that goal is actually a reasonable minimum standard of success. This is because there will always be people who don’t meet that reasonable minimum due to externalities that they don’t believe they can control. And ultimately, it doesn’t matter whether they’re right or not! If they believe they’re getting penalized for reasons beyond their control, they will feel like the business doesn’t have their back.

And the moment an employee takes up an attitude of “it’s me vs. the company,” you’ve created an employee that will be incentivized to find ways to cheat—whether it’s as simple as using work resources for personal projects, or as complex as setting up a program to trick their time-tracking software into thinking they’re actively working when they’re not.

The correct option is to look at how motivation really works. We’ll look a little further into that in our next post.

What challenges have you come across with remote employees? Share them below!

Christopher Smith Investor from brentwood, california
Keep trying to convince folks that people are not motivated by money, maybe even some day you will actually believe it – :):):):):):):):):):):):):)

Daryl
True. Pay plans drive behavior, but in the same vein, it won’t prohibit unwanted behaviors. Hire right and fire right. Also, you’ll know quickly, if you’re paying attention, whether someone is who they say they are.

Drew Sygit Property Manager from Birmingham, MI
@CHRISTOPHER SMITH: money is only one layer of motivation, and not often the biggest. Success, input and feelings of having some control are often bigger motivators. If it was just about money, people wouldn’t stay at jobs for more than 3-5 years (at most).

Account Closed from Clovis, California
I have been in the corporate world for 12 years before I became a VA but I still work as if my boss is just in the other room ready to check up on me and my work anytime. So, let’s not generalize. Managing work from home employees are no different from those who work in a physical office. We still work hard to achieve a goal and strive harder to impress our bosses. Incentives are a big help too. Giving out bonuses makes working and doing extra mile for the company I work for so much worth it.

Marina Pilipenko
Technology can help to improve communication inside the remote team and keep remote employees engage. I found this collection of tech tools helpful: https://www.actitime.com/productivity-tools/tools-for-remote-teams

Drew Sygit Property Manager from Birmingham, MI
@MARINA PILIPENKO: thanks or sharing! We are always looking for new tools to increase the productivity and level of engagement of our remote workers:)

Nickson Rio Specialist from Davao, Philippines
You’re seeing it in a different situation, as business you should see VA as partners and not employees in the first place. When yo both share same goals including share of money most of your problem is solve.

Drew Sygit Property Manager from Birmingham, MI
@NICKSON RIO: we actually do try to engage all workers as partners and get their input on designing systems and processes related to their tasks. This should be done for all workers, whether onsite or remote. Thanks for adding to the conversation:)