How I Raised Over $1 Million During a Pandemic—& How You Can, Too! (Part I) 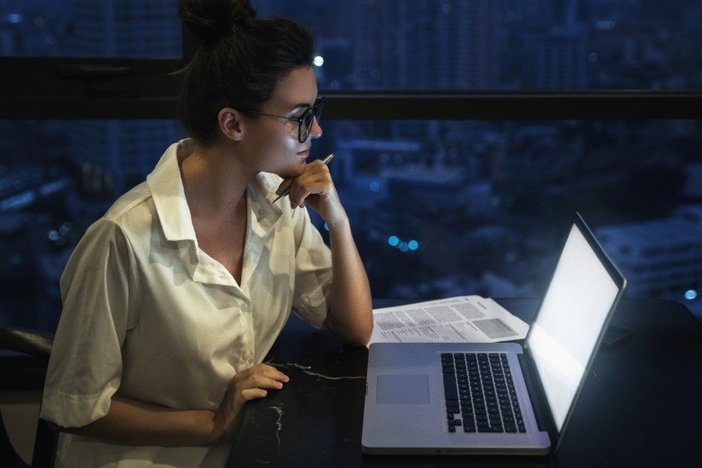 This is Part I of a first-person account on how we raised $1 million via a Reg. CF IPO by offering shares in our real estate on WeFunder.com and Republic.co to the public. Read part II here.

You may have heard the term "real estate crowdfunding" thrown around. FinTech company Fundrise made it popular when it used a new regulation to allow investments into top real estate to everyday investors. In their case, it was the World Trade Center.

Shortly after, startups hit the scene based on the same premise of “democratizing access to assets reserved for the 1%.”

But that’s the Reg. A+, used mainly for investments into larger pools or projects with a $50 million funding limit. Then there’s what’s called a Reg. CF, which allows small businesses to issue up to $1.07 million in securities (stocks or bonds) via public offerings to non-accredited investors.

Real estate hasn’t been used here. When it has, it hasn’t gone well. There’s only been one really successful offering for a project in Houston.

Nevertheless, in late January, we filed the paperwork to do the same thing, with a targeted Reg. CF launch for April that we plan to later convert to a Reg. A+. My company—and personal—mission is to help 100,000 people become first-time investors and eventual millionaires.

Of course, COVID-19 hit, throwing a huge monkey wrench in our plans. Protests followed shortly after. Few media outlets were covering real estate and even fewer cared about our mission. No big investors. Mostly small bites of $500 and change.

No paid marketing, no press of note, no hard sales tactics, no favors. If there was something that could’ve gone our way, I didn’t see it. We just soldiered on.

And about two weeks ago, we became the fastest real estate Reg. CF IPO to hit $1 million. Ninety percent of the investors came from Instagram followers watching my videos and Googling what we do.

I don’t say this to pat ourselves on the back. I merely share this so you can throw away every excuse you’ve ever manufactured as to why something stood in your way. In facing that, I realized that if we did that under these conditions, you can pretty much do it, too. So that’s why I’m writing this.

Here’s the process of how we raised $1 million in a pandemic through two separate, consecutive offerings. And how you can, too.

Whenever you start the process of raising money via the Reg. CF route, you have to find a platform that can host your offering. There are several, depending on style, mission, fees, and process. But at their core, they’re the same. In exchange for a fee, they help you raise money.

You start out by having a company, ideally a C-corp, with audited financials. You have to find a CPA for this. This will run you around $1,000. Then they have to do the due diligence process, submit operating agreements, deeds, so on and so forth.

Then you have to actually put together the offering page. It’s the online equivalent of a pitch deck where you outline your business, the market opportunity, traction to date, and other things an investor might find appealing.

Here’s the one we had that closed July 31. Here’s the one from Republic that offered ownership in our development by Temple University in Philadelphia.

The Offering: Making It Strong

Because the Reg. CF has such a low limit ($1.07 million), relatively speaking, it’s mainly used for early-stage startups. We decided to use it more as a direct-listing IPO, offering access into an existing portfolio—much like Slack did.

If you’re unfamiliar with a direct-listing IPO, it basically means a company circumvents working with the investment banks to underwrite the offering and doesn’t do a “roadshow” to raise early millions or billions from institutional investors before it starts trading to the public.

Companies go public to raise cash. Slack didn’t feel the need to—it had a healthy $831 million of cash and marketable securities on its balance sheet.

With a direct-listing IPO, you just offer your shares to the public. If people want in, they want in. If not, no sweat. We showed a portfolio of $57 million in active real estate under development, no debt, all self-funded—and offered at a discount.

In addition, we showed a well-capitalized founder team, plenty of stuff out there about us publicly, and we showed we had the most skin in the game.

The Money Doesn’t Come on Its Own

The number one thing that seemed to surprise people on the platforms—based on the platform executives and what I’d hear through the grapevine—was how much work was required.

There’s often this fallacy in business, and in life, that there’s an easy path to money. “Easy money.”

I’m here to tell you, easy money only comes when you’ve acquired enough for it to work for you. Until then, you work for it. There’s no other way around it. Still, this fallacy has lead many to think that once there’s a relatively simple pathway to funds, that “simple” equates to “easy.”

Just like wholesaling. Yes, it's a strategy that requires no money down. But it may also be the most demanding, labor-intensive, and mentally daunting avenue to real estate riches.

“You have to be a politician,” Lynn Smith, CEO of buytheblock.com, said on my real estate show. “You have to go out there and make people fall in love with you.”

Related: The 7-Step Morning Routine That Transforms My Entire Day

Getting Your Mind Right

That’s the next thing. I have a framework I use to gauge the probability of a success-oriented outcome. It never fails. I call it the “Vibration and Law of Expectancy.”

In short, it essentially means that everything that happens or that you’ve ever accomplished is a direct function of what you expected. Not what you wanted to happen, not what you hoped for, not what you thought you could accomplish, but what you deep down in your subconscious mind believed to be true.

Just go back and look at everything that you’ve tried. Did you really, truly believe it would turn out any differently? If you’re being honest with yourself, the answer is no.

So the obvious question here is, “How do I make that work in my favor?”

Well, there are two ways and only two.

So in other words, study successful campaigns, get around people who operate on a million-dollar vibration. Then, and only then, will you actually believe it’s attainable.

When I say this, people want to know, “Yes, but how? What tactics can I use?” It’s not about the tactic itself. You can have the best strategy on planet Earth. If you don’t believe it will work, it just won’t.

Whether you want this to be true or not, the “how” follows the belief. Not the other way around.

This is Part I of a first-person account on how we raised $1 million via a Reg. CF IPO by offering shares in our real estate on WeFunder.com and Republic.co to the public. Read part II here.

What mindset do you use to help you on the way to success?

Let us know in the comments.

Greg Houts Flipper/Rehabber from Bermuda / Atlanta GA / Greenville SC
Phillip, thank you for sharing this post. I can't tell you how motivating that was for me, since it challenged some limiting beliefs that I have. My core driving purpose (mission) for real estate investment is to enhance other people's lives, as well as the communities they live in, through real estate. Your pitch deck/video was really compelling and I gave me this amazing Eureka moment where I can see taking my investment business so far beyond the single-family operation it is today. Your key points are spot on: 1) Believe in your mission/vision and make a compelling pitch to sell it to others 2) There's no free ride -- investing and building a business takes work and perseverance 3) Stay focused on your strategy/vision/mission even when the odds are stacked against you; and finally, 4) surround yourself with like-minded people who will move you forward and keep you reaching for the next level. Awesome post. I'm stoked that I ran across this!

Michael Baerga from Clayton, Delaware
Phillip, Quick question: How did you manage to IPO 57 million in active real estate without owning it? 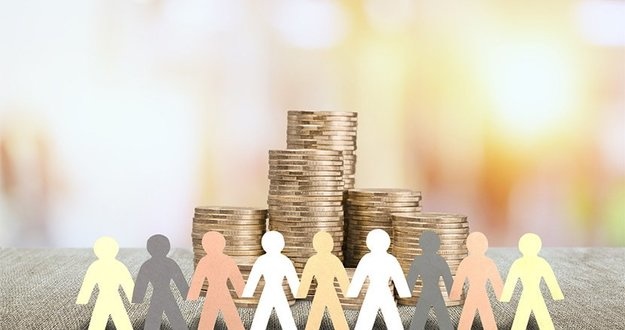 The SEC is playing a pivotal role in deregulating the crowdfunding industry. As such, real estate investing is no longer reserved for the few; it is now much more open to the many.

END_OF_DOCUMENT_TOKEN_TO_BE_REPLACED 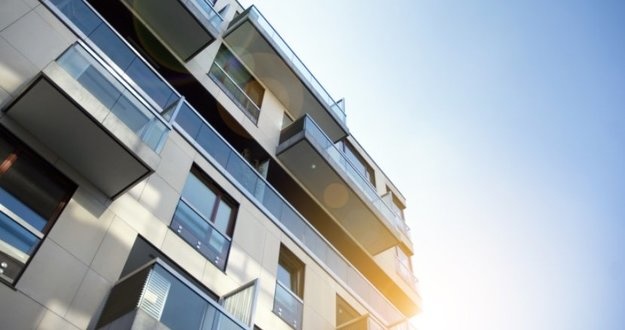 Crowdfunding: A New Era of Fairness and Efficiency

Want more money to buy more deals? Discover why crowdfunding is a vital tool and how using information properly can make you successful.

END_OF_DOCUMENT_TOKEN_TO_BE_REPLACED 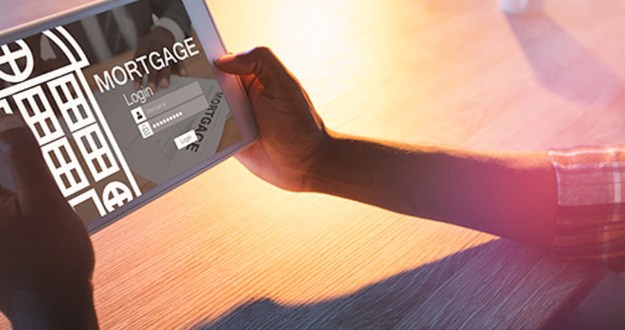 5 Reasons to Utilize Your Equity & How to Safely Invest It

Learn how to safely utilize the equity in your properties, combined with other investing strategies, to build wealth without taking unnecessary risks.

END_OF_DOCUMENT_TOKEN_TO_BE_REPLACED 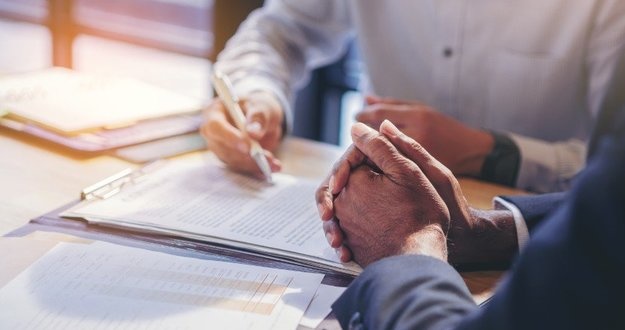 Mortgage Lending During COVID-19: What Homebuyers Need to Know

While interest rates are at historic lows, COVID complicated the lending process. Lenders were forced to tighten mortgage requirements to mitigate new risks.