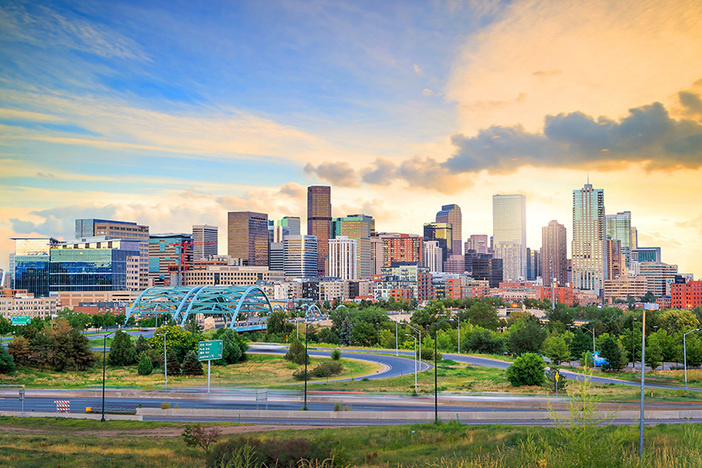 Denver really, really loves her drugs. In 2012, Denver passed a law to allow recreational marijuana (which became legal January 1st, 2014), and in May of 2019, we decriminalized mushrooms (of the psilocybin variety, but I’m going to continue to generically call them mushrooms in this post).

Decriminalization is not the same as legalization, so the $1 billion question remains (1): Will mushrooms follow a similar legalization path as marijuana? And if so, what are the implications legalized mushrooms would have on Denver real estate?

First off, marijuana is not legal everywhere in Colorado. It passed on the state level, but jurisdictions still have the final decision (which is why lame-o Colorado Springs still makes you pretend you have a medical issue). It is legal in 60 of our cities. (2)

The Impact of Marijuana on Home Values

Marijuana legalization has been very good to homeowners. Home values increased by 3 percent the first quarter after legalization. And in Colorado, the places that allow for legalized marijuana have grown 12 percent year over year versus the 9 percent year-over-year growth of cities that have yet to legalize marijuana.

Related: 3 Reasons Buying Property in Denver Is Still Totally Worth It

On average, homes in cities that legalized gained an average of $23K in value over five years, and homes that were within 0.1 miles of a marijuana shop increased 8 percent more than homes further away. Plus, the marijuana industry added 44,000 jobs to our economy, which—love it or hate it—likely contributed in a big way to our population increase.

Will Psilocybin Mushrooms Have a Similar Impact?

Here’s how it stands: Mushrooms have been decriminalized in Denver (and only Denver). What does the decriminalization of mushrooms mean? It means that authorities are highly discouraged from arresting anyone for possession of mushrooms in Denver. So, basically you can have them on your person without issue—if you can find them, because selling mushrooms is still illegal.

We don’t know if there will be a parallel between marijuana legalization and mushroom legalization. But if we want to look at history, it looks like this.

Related: 7 Tips for Getting a House in a Hot Market (Like Denver!)

In the 1970s, many states had a wave of marijuana decriminalization. In 2000, medical marijuana was legalized in Colorado. In 2001, another wave of states decriminalized marijuana.

The satellite economy around mushrooms has already started in Denver. We are mostly seeing it in yoga, therapy, and PTSD treatment. But it stands to reason that this industry could also take off and increase housing costs—a very good or very bad thing, depending on what side of the coin you are on.

What do you think? Are mushrooms headed toward legalization? What will the impact be?

Steve T. Real Estate Investor from Colorado Springs, Colorado
A correlation does not necessarily equal causation. I'm sure most people reading this understand that many factors have contributed to the almost unbelievable housing boom we have had in Colorado... not just in Denver, but in Colorado Springs as well (and quite a few other western cities). At best, legal marijuana was likely a minor contributor. California has lost over 1 million net residents in the last decade. Many have come to CO as well as NV, AZ, ID and others. Not all of these are legal MJ states...

Erin Spradlin Real Estate Agent from Denver, CO
"Home values increased by 3 percent the first quarter after legalization. And in Colorado, the places that allow for legalized marijuana have grown 12 percent year over year versus the 9 percent year-over-year growth of cities that have yet to legalize marijuana."

Eric Bilderback Real Estate Agent from Sisters, OR
Wait until the legalize Meth and Heroine thats when the property values will really sky rocket! I would imagine young hipster families will be moving their families there in droves to take in all that culture. More money baby!

Erin Spradlin Real Estate Agent from Denver, CO
I'm sure your measured respect for facts and trends is serving you well in the investment world.

Christopher Stacy Rental Property Investor from Wiesbaden Germany
Wow... Tough crowd. I liked the article Erin. Specifically because you are bringing awareness, presenting an observation and not choosing a side. I see the article as fact based, supported by resources, and interesting to say the least. No need to bash the author for personal preference.

Darin Anderson Investor from Victoria, MN
"presenting an observation and NOT choosing a side" .... "which is why LAME-O Colorado Springs still makes you pretend you have a medical issue"

Erin Spradlin Real Estate Agent from Denver, CO
LOL. Well, growing up in Colo Spgs makes me feel like I can say that- although, I do not have a citation for it.

Erin Spradlin Real Estate Agent from Denver, CO
Yup. Yup. There's some real charmers on this site. Annnnnyway, enough about them- I really appreciate your kind words and support. Thank you for the article love.

Steve T. Real Estate Investor from Colorado Springs, Colorado
Hey, I'm a very strong Libertarian... I have no problem at all with your preferences. I do have a problem with bad analysis. You could have titled this article: "Did marijuana contribute to the CO housing boom? Here's why I think it did"... or something similar. Come on... your title simply makes an unsubstantiated claim and over simplifies an issue with many contributing factors. I could just as easily write an article and claim legalization in Cali has caused a mass exodus. I could write an article about the housing boom in Boise and use a whole list of issues to support it, none of which would include legal marijuana because they don't have it. Same for Phoenix, a boom, and no recreational marijuana. Again, A CORRELATION DOES NOT EQUAL CAUSATION.

Erin Spradlin Real Estate Agent from Denver, CO
To be fair, I didn't write the title- BP did, and I do feel like my article is backedup and cited pretty well- allowing for people to make conclusions on their own. I do strongly feel that marijuana adds to the cost of housing, but no, I do not think it is the only reason people come here- nor did I make that claim.

Michael Baum from Olympia, Washington
I would be most concerned that Denver could go the way of Seattle. Seattle has essentially decriminalized all drugs of any kind if it is for personal use. Heroin, meth, cocaine, all of it. It is becoming a very serious issue. Property crime is one of the highest in the US. The homeless population is 2nd in the nation. It grew exponentially after Seattle stopped arresting anyone with any drugs. You can walk down just about any main street in Seattle and people are shooting heroin right there on the sidewalk. Seattle housing prices have been skyrocketing. I don't know if it is due to the decriminalization of drugs or it is due to all the tech and bio jobs that come here. What I do know is that I don't go there. I don't drive into the city for anything. We used to go for concerts, dinner for special occasions and the like, but not anymore. It is just to risky, especially at night. I do appreciate your articles Erin! I would be interested to see a full study to show if the reason behind the boom is the legalization of weed or all the new tech companies moving in. Over 120 this year alone. Whatever the reason, Denver is still a hot market!

Erin Spradlin Real Estate Agent from Denver, CO
Thanks, Michael. I appreciate the thoughts/feedback. Do you know when Seattle de-criminalized everything? Also, curious about a citation about the crime rise and what it's directly tied to. There was a stat saying WA and CO had a 25% increase in violent crime after legalization, but that was misleading- because, while true, a 25% increase was lower than the national average... so while the stat was used to kind of alarm people- it might have actually served as a positive stat.

Steve T. Real Estate Investor from Colorado Springs, Colorado
Correct Michael. All you have to do is Google "tech companies moving to Colorado"... many of the dozen plus articles that come up explain the growth quite well. Curiously, many of the companies moving here are from CA (where they have legal weed). Obviously the reasons are a bit more complex than legalization in CO as a driving force. I guess we could start by exploring taxes, cost of living, homelessness, restrictive state gov't policies... maybe after all of that a clearer picture of what is occurring would emerge.

Erin Spradlin Real Estate Agent from Denver, CO
Hey- just to be clear- I 100% did not say that marijuana is the only reason the housing prices are going up. In fact, I've written many articles about tech and Colorado and also do a lot of social posts about all the tech money coming into Colorado, so I strongly believe it is a contributor. I happen to believe there are a lot of reasons the prices have gone up in Denver (and Colorado as a whole) and think any good investor should be on top of the different trends (marijuana, tech and...eventually/possibly mushrooms.)

John Murray from Portland, Oregon
When rec cannabis was legalized in Oregon some thought the world was going to explode. Only thing that happened the demand is low and the prices fell. The legal cannabis industry is in decline, the illegal is very profitable. The big money is illegal grow operations and ship to east coast. Mushroom demand will be even lower and zero money to be made.