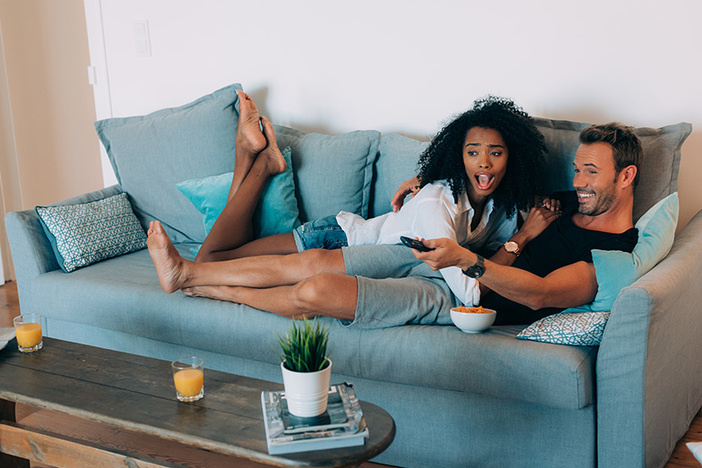 You know… sometimes (a lot of the time) when people find out that I am an avid “Bachelor,” “Bachelorette,” and “Bachelor in Paradise” fan, they immediately think less of me and/or try to block that information from their heads so they can still respect me. But I don’t care, OK?

It’s not like I think that agreeing to marry someone after spending approximately 36 hours total with them is a good idea either. But I do think watching extremely attractive people torture themselves with multiple suitors, forcing their parents to give their blessing on TV, and agreeing to sex up strangers in back-to-back fantasy suites makes for very, very entertaining television. And frankly, the numbers would suggest that a lot of America (and not just females) agree with me.

If you’ve made it this far in the article, you may be thinking, “Great, you are a dummy. What does this have to do with real estate?”

Well, we recently had someone call us who wanted to move forward with an investment property. He’d been trying to talk his wife into it for a while, but she’d been resistant. It was hard for her to conceptualize what the reality of that looked like before “Cash Pad” aired on CNBC, at which point she started to warm up to the idea. (To his full credit, this is when James burst into my office and said, “You should write an article about ‘Cash Pad.’”)

One of my favorite topics to write about for BiggerPockets is the difference between males and females when it comes to investing. I continue to believe that female investors are a much ignored market and that the way they process information is different from men. It’s not inferior, just different. Women prefer referrals over internet searches, and they like to hear about an idea from multiple sources (people they trust, podcasts, books, HGTV, etc.).

And “Cash Pad” is one more resource—it just happens to star a former “Bachelorette” contestant and the winner of her season—her now life partner and Aaron Rodgers’ much better-looking younger brother Jordan. Before becoming the bachelorette, JoJo was a real estate agent with a few investments already under her belt, and Jordan was an NFL reject. After the show, they teamed up and started doing a lot of renovation projects and TV interviews until they landed “Cash Pad.”

Related: A 3-Part Plan for Presenting Real Estate as an Investment to Your Spouse

“Cash Pad” is a weekly series starring JoJo and Jordan and focuses on transforming underutilized spaces into Airbnb rentals. If you have a resistant wife/spouse/partner that likes the “Bachelor” franchise, this might be a good place to warm them up to the idea. (Before I get a bunch of hate comments about how sexist this is, let me qualify that by only putting this in front of your partner if they are a fan. It obviously will be less effective—maybe even insulting—if they are not.)

Anyway, broaden your perspective and try to think of this as another resource and not just the stars of an eye-rollingly stupid reality TV show. If it’s a show your partner likes to consume, meet them in the middle or use it as a tool to further expose them to the idea.

Have you watched this show? Will you? If your significant other is currently against investing, what arguments is he or she making?

Wenda Kennedy JD from Nikiski, Alaska
Yes, I agree that we women think differently from men in investing. Math hasn't changed in a few thousand years. I get at least 3 opinions from those I respect before I proceed. Yes, I also do online research, but that takes a backseat to me asking my list of questions, preferably face to face. I also like a pause on things before I leap into them. Some of my best inspirations come after a good night's sleep.

Erin Spradlin Real Estate Agent from Denver, CO
Absolutely. Always smart to see if the same information is coming from multiple resources- and to track down the reasons if you find a deviation.

James Carlson Real Estate Agent from Denver, CO
Totally agree! I always tell people to sleep on an idea before making the leap. If you are still feeling it in the morning, it's probably a solid decision.

Jeffrey Bower
With my fiance, she's also more risk averse than I am!

Erin Spradlin Real Estate Agent from Denver, CO
That's awesome! We don't hear that every day, so it's nice when it is switched up.

John Harstad Rental Property Investor
Great point made! I've been trying to convince my Bachelor/ette loving wife for a few years on investing in a multi-family property. Our local market is super hot, SFHs are flying off the shelves and most over asking. Her focus has always been to find a home for our family to settle into and make a home, and especially in this overprices market, I'd rather focus on setting us up for long term financial independence for ourselves and to teach our kids a thing or two about it. Finally, today actually, we're submitting an offer on our first investment duplex! No matter how much research or math I showed her, all it took was one conversation with a fellow female that she trusts, with a long standing and successful history in real estate, to say that what we're considering makes all the sense in the world and was how she started out herself. Finally, she's on-board!! She too is very risk averse, so now I'll have to show her this Cash Pad show so she hopefully stays engaged throughout this journey. It was great to finally realize how I need to think about MY approach differently vs. pushing all my ideas at her hoping for her acceptance. Thanks for the article!