Fix & Flip Fail: How I Course-Corrected After Recognizing My Strengths & Weaknesses 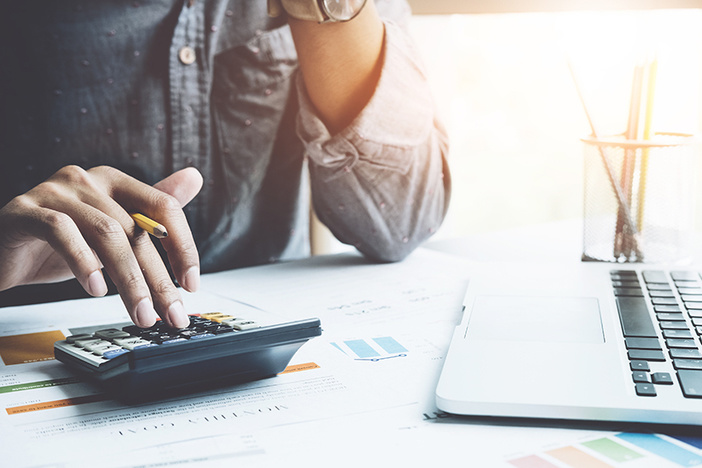 This is the second in a series of articles outlining the sound financial principles outlined in the 1926 classic book The Richest Man in Babylon.

“He is claimed to be the richest man in all Babylon,” Bansir mused.

“So rich the king is said to seek his golden aid in affairs of the treasury,” Kobbi replied. “So rich,” Bansir interrupted, “I fear if I should meet him in the darkness of the night, I should lay my hands upon his fat wallet.”

“Nonsense,” reproved Kobbi, “a man’s wealth is not in the purse he carries. A fat purse quickly empties if there be no golden stream to refill it. Arkad has an income that constantly keeps his purse full, no matter how liberally he spends.”

Have you ever thought someone was lucky because they had a lot of money? Have you ever wished that you had as much money as someone else?

Well, what if you did? Would you have the knowledge and skills to hold onto that money and make it grow? Would you spend it as fast as you got it?

Would you increase your standard of living with it? Or would you give it to someone else to manage it for you out of fear that you would lose it?

I have heard it said, “Easy come, easy go.” Or in other words, money that comes easily often goes just as easily. In fact, I experienced this early on in my investing career when I decided that I wanted to flip houses.

I contacted a good friend of mine who was a real estate investor, and I told him that I wanted to do a deal with him. It just so happened that he had a deal under contract, and he was about to get a hard money loan for it. He told me, however, that if I wanted to be the lender on the deal, I could. And since I recently took out a large HELOC on my home, I was in a good position to do that.

The project took some interesting turns that make for an entertaining story, but suffice it to say that I made about $13,000 within about two and a half months loaning on this deal.

With confidence, I took that $13K profit and upgraded my lifestyle. I got a better, newer car. (The car was really needed though. The one I was driving previously was about 12 years old and was starting to cost more and more in repairs, while the newer car was very economical and I was able to buy it in cash for $13K. So, I wasn’t as reckless as it may sound.) Regardless, the money that easily came to me was easily spent. And once it was gone, I had to try to find another flip to make more money. I repeated this process nine more times over the next two years.

Related: Why Do Some Real Estate Investors Fail?

During the time that I was flipping properties, money was moving in a lot of directions. I was having a hard time determining how much profit I was really earning. All I knew was that we bought a house for a certain amount, we spent a certain amount fixing it up and paying for the holding costs, and then we sold it for a higher amount—usually making a profit.

But the business itself had administrative costs and other associated expenses that were hard to assign to a specific property. So at the end of the day, when you take into consideration all of the increased costs and the additional spending that I started to do based on the perception that I was making more money and could therefore spend more money, I didn’t see much of an increase in wealth creation. In fact, I was finding out firsthand that a fat purse quickly empties if there is no golden stream to refill it. (And there seemed to be a big hole in mine, as I did not have a sound plan to handle the increase of money in my life.)

So after a couple of years of flipping and not getting ahead much financially, all while recognizing the importance of developing that “golden stream,” we decided to try switching our investing model to a cash flowing model rather than a flipping model.

Acquiring properties for cash flow purposes forced us to be more disciplined about knowing our numbers. We had to determine if it would be a good property to rent out for the long-term, if it would attract good tenants, if it would positively cash flow for us, if we could get low interest loans on it, and lastly, if we could come up with a sound exit strategy. All of this required that we evaluate the investment more for the long-term rather than just the short-term.

We looked at several different models for generating cash flow. We looked at notes, regular rentals, syndications, apartments, and others. After much research, we settled on the lease option strategy over the others. We liked the single family home space, but we also liked that the lease option model replaced some of the initial costs up front with the option fee. Plus, it brought in higher than average monthly rents, usually required less maintenance, and exit strategies were easier than the other types of assets we analyzed.

Two and a half years after switching our investing model, we now have over 40 cash flowing lease option properties, where the rents fill our accounts every month. We still have a lot of expenses, but now our cash flow more than covers our expenses and our new acquisitions. Even when a contractor took $85K from us and never completed the work, we were still able to continue with our projects (despite several months' delay)—all because of the golden stream that continued to fill our purse.

Have you taken stock of what’s working and what’s not? How are you course-correcting?

Wenda Kennedy JD from Nikiski, Alaska
I totally agree. I flipped houses, apartments and small commercial buildings for years -- at that time we called them "Equity Purchases". Now I'm officially retired. Yes, I still work every day. I have a mobile home park where I own just about all the mobile homes and we rent them. I changed over from renting the spaces when the law changed and I could no longer evict a mobile homeowner who rented a space -- or it was close to impossible. That "golden" cash flow can make up for a lot of missteps and bruising moments. It has taken years of steady, hard work to get that cash flow coming. And I've been able to develop a few little "dribble" cash flows from the property. A small self-service Laundromat, some RV spaces for our summer season, a couple of "sleeping rooms" and some long term storage parking spaces help a lot. These over-night success stories using OPM (other people's money), with nothing down, haven't happened to me or anyone around me in my 43 years of experience. Those stories are somebody's illusion or daydream.

Johnder Saint louis
This is a very cool article! The fact to the matter is, money is very different from wealth. In a sense where anyone can happen to find a pile of cash and start spending every penny of that pile of cash like there's no tomorrow. But wealth do not just happen, it takes a system, a procedure and a series of principle needs to be established for the long-term goal.

Quentin McNew Real Estate Investor from Champaign, IL
"We still have a lot of expenses"..... with lease option isn't your expenses pretty minimal? I am looking into doing lease options on some of my portfolio that is not in appreciating areas, so we have more predictable maintenance costs going forward by putting maintenance back on the residents.