I bought my first rental property in early 2015 (a duplex) which continues to be a success almost 3 years later. For one reason or another, unlike most, I felt a feeling of being content and went back to the sidelines. Today I'm kicking myself for the lost time and opportunities that I have missed but after today I'm officially back in the game and eager to stay in it.

Description: An old school house that was converted in the 70's to an 8-unit apartment building on the upper two floors. It consists of (5) 2BR-1BA and (3) 1BR-1BA units. Each floor has it's own coin operated laundry and dryer. A new roof was put on in 2012 and while you'd expect it to a flat roof because of it being an old school house they actually replaced it with a pitched roof. The building is currently half vacant after the previous owner replaced the property manager in the spring of this year and the new managers felt it would be best because of poor tenants. The owner decided to sell the property shortly after this. The units were never going to attract quality tenants in their current condition and with the owner choosing to sell he had no desire to put more money into the property. There is a basement that is almost fun in itself to see as it gives you a sense of history (for example an old fuse box that still has "teachers lounge", "boys locker room" etc labelled on the fuse box door). The basement is big and offers potential for additional income but that will be a phase two after the top two floors are stabilized. There is an 8 stall parking lot in back of the building.

Natural Gas (both clothes dryers are gas and surprisingly they're the only things running on it): $40

CapEx & Vacancy: $405 (estimated, don't ask why I have $5 at the end instead of an even number..I'm going off my previous work so who knows what I was thinking at that time)

Water & Sewer: $375 (there is a very small water bill to me as each unit is separately metered. The bulk of this is for sewer)

I'll post some more pictures later on with the inside current conditions and continue with updates as we progress with the rehab. Rehab begins tomorrow when I start removing all the old carpet from the vacant units (which I'm replacing with vinyl). 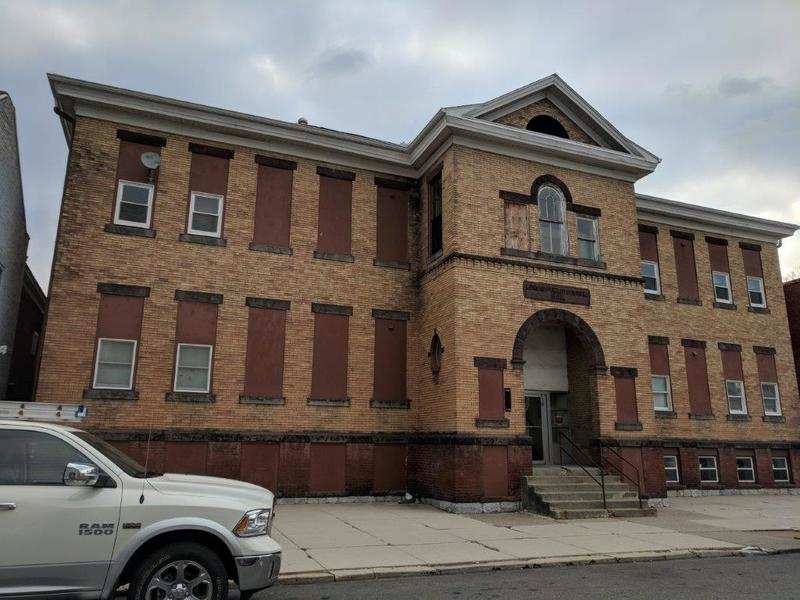 What a great way to close the year! The building looks great and those numbers are not bad at all. Your rehab budget seems pretty small for 8 units. What are your plans? Paint and vinyl for sure. But bathrooms and kitchens?

Congrats on the acquisition. I think there is plenty of upside to this. The expenses can dramatically be lowered assuming the fixtures in that building are older and not upgraded. Rents may not be able to be raised but you can lower your expenses dramatically by replacing:

- common area light bulbs to LED
- if you are paying for the water and sewer, it would be wise to switch to all low flow.
- kitchen and bathroom faucets can have the aerator be replaced with a low flow .5 gpm. Amazon sells these for only a buck or so each.
- shower heads to low flow 1.25 to 1.5 instead of old shower heads that use up to triple the amount.
- more upfront cost but it may be worth replacing toilets to low flow ones that use 1/3 the water.
- less water usage = less in the sewage = less water and sewage expense.

Imagine cutting your electrical bill to a quarter the amount and your water and sewage by at least half. Well worth the upfront cost as it pays for itself within months.

8-unit apartment, congrats, @Zach Robbins.Lots of checks/kuddos here for you my friend:

I love the photo, building is absolutely beautiful, looks very historical, well duh it is historical, silly Anna.So the areas that seem to be covered i.e. no windows, what are those?Do you share the building with another group or is it entirely yours, coz I see you mention the top 2 floors?

Am absolutely excited for you.I close next week on a new purchase.My goal is to get a small apartment similar to yours next.Start search 2018 with goal of doing another close not to long, but 520 days from today is the end goal for that next purchase, sooner is preferred.Congrats again for your gift to self, way to bring in 2018!

@Henry Chi, I am taking note of the suggestions being offered here for my own efforts.Mine will not be as huge an acquisition, but I like to see this breakdown as it helps me know where I need to control myself when it comes to spending.I have in the past overdone it with the remodeling and glad to see that I need to again revisit my own current budget as I was about $15K for a Duplex in Denver but clearly am a little off.I do have some reg-rading to do, replacement of retainment wall and was going to do some window work, some fence work but I may have to definitely revisit my own budget and implement all suggestions being given here to Zach.

Where is the building located?  Is it in Bellefonte as well?

Sorry for the late response to everyone. I've been following on my phone but not always easy to respond with my phone.

@Ro Maga   - It is on the tighter side of a budget but one I think we can meet. Floors and paint are the only things the need to be done to make the units rent ready. One unit does need a refrigerator and stove, all other units are already equipped with those items. One thing I am not a fan of is there is basically no ceiling lights in the units except the kitchen and bedrooms. The living room and entrance ways are very dark. The only source of light is lamps the tenants supply. I questioned what that was like try to show the units to get them rented. Nothing looks good in the dark. So we'll be adding ceiling lights as well, just not sure what kind yet (it's all drop ceiling).

@Henry Chi - Thanks for al lthe great tips! I'll be sure to look into all of these

@Anna M. - I'm glad you are just as excited for me as I am! (lol). The previous owner actually started building out a 9th unit in the basement. That's where all the windows are along the ground level on the right side of the building. Code came in and shut him down due to there not be a 2nd way of escape (within their rules). A 9th and 10th unit will be the first thing I look at and more than likely will be back here at BP asking for help on how to overcome code and other obstacles to make it happen.

@Mike Sloan - Thanks! The bank I used is a small community bank called "Kish Bank" (www.kishbank.com). Good luck with your deal. I'll keep a look out on BP for an update!

@David Moore - This building is located about 45-60 minutes south of Bellefonte in a town called Lewistown.

So it's been a lot longer than I wanted since I've last responded. I'm nearing completion of fixing up the four vacant units and figured it'd be a good time for an update. I've read so many stories of people saying "it's going to take longer than you think" and I'll admit every time I read something like that I never took it into consideration. Lesson learned.

I'm sure every story is different but for me it wasn't so much my lack of effort of trying to keep moving forward but the contractors I was trying to work with. If this was in my hometown I may have had some better success but being about an hour away I had to start from scratch to find paint guys, flooring guys etc. I probably called close to 10 contractors, was lucky to have half of them answer or call me back and then half of those who actually followed up with meeting me and giving me a quote on the work. I'm sure if there's is a deal #2 in this area it will go much smoother now that I have a small network started.

I also went over budget. Looking back at my original budget number in this post I'm not sure how I ever expected to stay within $15,000. I did end up going with a more expensive floor than i originally wanted but I still didn't have a chance. Another lesson learned!

Final (as of today) Costs:

This will bring my original CoC return from 16.5% to 14%. The plus side is I actually think I underestimated market rents some and may end up with a couple hundred extra a month. Time will tell.

Here are some before pictures as well as two after pictures I took a week ago. I'm on my way over this morning to meet with the contractor who is doing some general finishes and to take more pictures. Time to get these 4 vacant units rented! 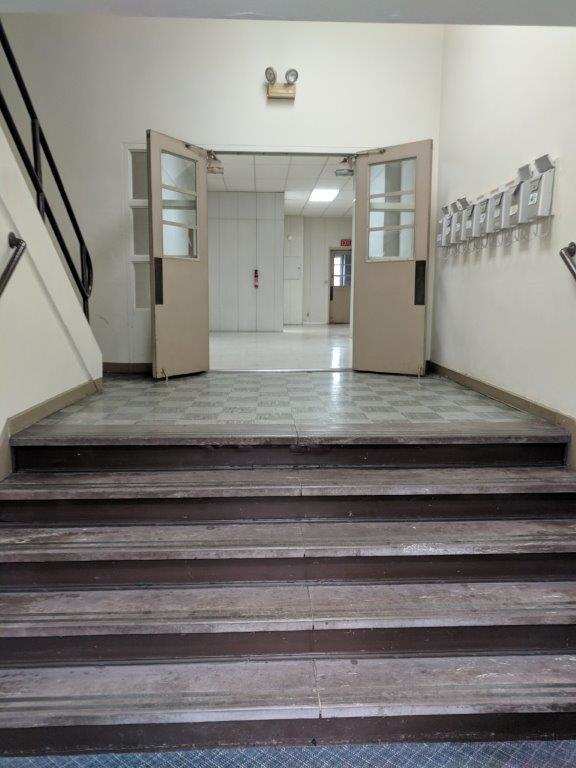 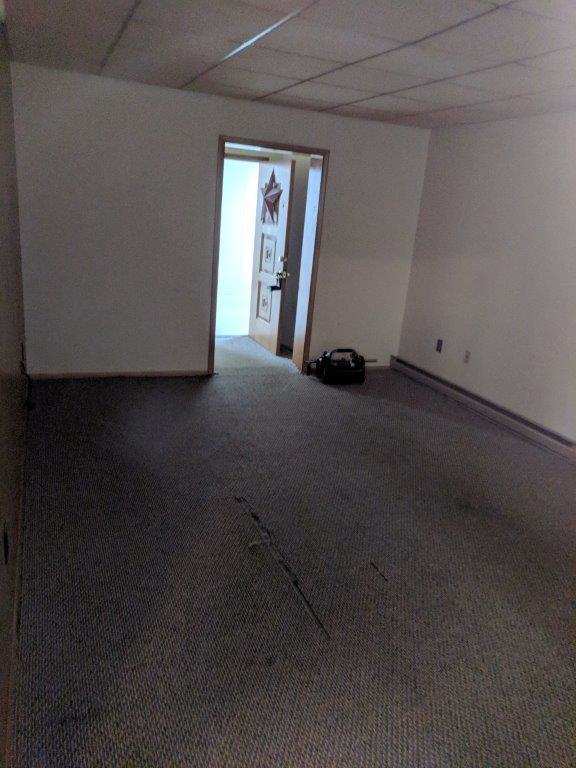 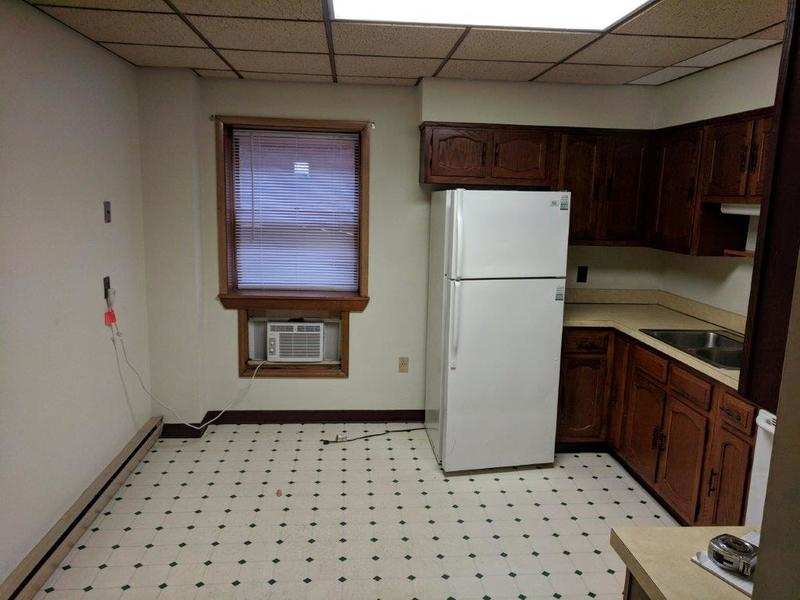 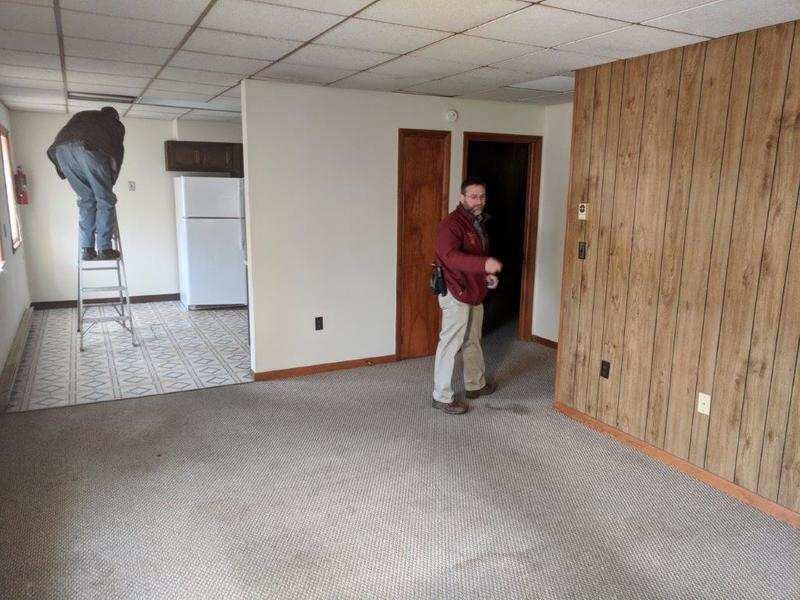 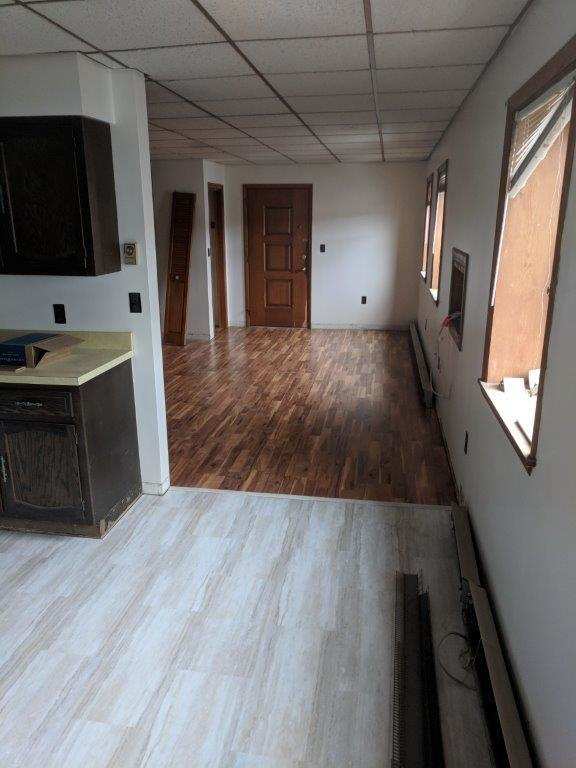 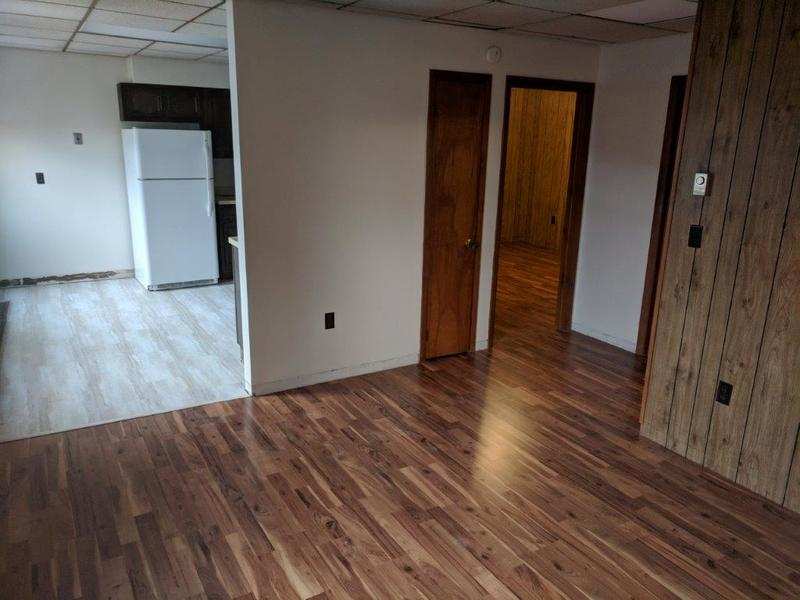 Looking good.  Have you been doing work yourself or contractors?  If contractors may hit you up for some contact info if I close on some properties.  I am evaluating some properties in Altoona to do some major rehabs also, with goal for student rentals. Central pa has lots of great opportunities if you got a little imagination of what a property can become.

Great deal and good work on it, I enjoy reading real life posts and glad you stated you went over on renovations and didn’t sugar coat it. Are your property taxes really only $500? Here in Illinois that would be unheard of. Thanks