When I started getting interested in Real Estate 6 years ago, I loved to hear stories of successful RE investors as it provided me with incredible motivation to become financially free and a full-time RE investor myself. I hesitated a long time before writing this post since I don't want to seem like I'm bragging, but I feel like sharing my story with you guys today might help and motivate many others to achieve their most desired goals as well.

In a nutshell, I bought my first triplex at age 23 with two other partners, and then completed my first singe-family flip a year later at age 24 with two partners as well. Then, I partnered up with a high-school friend and we decided we would build a Real Estate empire so we could become financially free by the age of 35. At that time (2014), we were 25 years old so that meant we had 10 years to accomplish our ultimate goal.

For the first two years, we had full-time jobs and we flipped houses on the side. We were both able to quit our jobs in 2016 after we made roughly 200k in profits from our flips. We could pretty much afford to live off these profits for 2 full years (based on the 50k annual salary we were making at our jobs). We officially became full-time RE investors from that moment.

Then, that's when we decided to start buying multi-family properties and to shift our focus on a new goal to buy 300 doors within 3 years (by 2019), while still doing some house flipping so we could continue to pay ourselves through the business.

In the meantime, I decided I would have my own personal goal, which was to reach the MIGHTY million dollars in net worth within the next 3 years (by 2019).

Now at age 29, I can officially announce that my goal of becoming a millionaire in net worth has been surpassed with our latest acquisitions :)!!! I am essentially a year before schedule, which is even sweeter. My partner and I now own over 100 doors, most of which have been bought in the last 18 months, and we're not planning to stop anytime soon!

It's important to note that I started with nothing. No money and nobody in the family with a business and/or Real Estate background. I built it all from the ground up myself, with the help of my partners of course, which is what makes me especially proud. It basically means that anybody can do it, you just have to do it! That's it. Stop finding excuses and take action. If you don't know how to accomplish something, then find a way to learn how because nobody will do it for you. I know it's cheesy, but it's true!

Love me a good bootstrapped ,from the ground up story!   Many congrats, Guillaume!

Man I was moving along strong and the beginning and then the past few months I kind of hit a wall and just stopping putting effort into the search for something to purchase. I have given myself little excuses but this is what I needed. I need to jump back in and pick up where I left off. Congrats on your accomplishments and hopefully you have continued success.

@Guillaume D. Thanks for posting. As a 21 year old who just got started in small multifamily earlier this year, it is always inspiring to see what others have accomplished through hard work and smart investing! If you don't mind me asking, what type of financing strategies did you use to scale so quickly?

Very nice @Guillaume D. . My goal is millionaire by 33, which gives me ten years from starting to make it happen

Amazing story @Guillaume D. !  I think the key to success I'm hearing in your story is setting goals and keeping your eye on the prize!  Setting goals sounds easy enough but very few people actually create clear, specific and attainable goals which is the key to actually meeting those goals.  Great job and best wishes for continued success!

Congrats!  I hit it at 35 so I'm a bit jealous lol!  It's even better that you accomplished it so fast with a partner.  Keep up the strong work!

Congrats for killing it! Definitely an inspiration.


@Guillaume D. Thanks for posting. As a 21 year old who just got started in small multifamily earlier this year, it is always inspiring to see what others have accomplished through hard work and smart investing! If you don't mind me asking, what type of financing strategies did you use to scale so quickly?

I'm also interested in the financing strategies he used. Especially after quitting the W-2 job.

Your story is inspirational! I am 26 years old (few months from 27) and now have been fully immersed in real estate for 4 months now. Couple years behind you, but i'm hoping I can catch up here (:

Can you share your financing strategies to buy these properties??

Can't wait to get this one in a BP email's headline :)

Do you invest only in the Montreal area? My husband and I (both in our 60s - live in Ottawa) only started investing last fall in the Metro Detroit area.  We have 2 sfr rentals now and just put another under contract. We are findings road blocks as we go along because we are Canadian.

This aside, our 5 yr. Plan is to own 10 (buy 2 each year) or more properties and to have an income of $100,000 USD to suppliment our retirement, pay for our grandkid's post secondary school education and to pass the business on to our 2 children, once we are gone.

@Guillaume D. Congratulations on achieving your goal ahead of your planned schedule! Thanks for sharing your success story!

Is that a million personally or between you and your partner ? Are all those doors paid off and clear ? Are you basing the million dollar benchmark net worth on property values or income or both . Flipping allowed you to buy your portfolio outright free and clear ?

Good stuff @Guillaume D. Im most impressed by your ability to get good partnerships in your beginning stages of investing. How did they trust you if you hadn't invested much? No falling outs or issues? Ive struggled to find partners thus far. Being in California I need partners with cash to fund the deals or atleast bring 70% to the table. I've been able to find two serious partners but it seems been a struggle. A lot of people have heard horror stories of partnerships gone wrong with real estate and that makes them stay away. Even when the numbers work.

Does anyone here know of a success story like this but in Southern California?? Only one I've ever heard of is @grahamstephen in recent years. I'm looking for someone that has become a millionaire in a tough market like LA or Orange County that did not build networth due to buying right after the crash. That would be truly inspiring for me.

Congrats! Good to see some people my age and from my region succeed! I'm curious to see how things evolve for you! 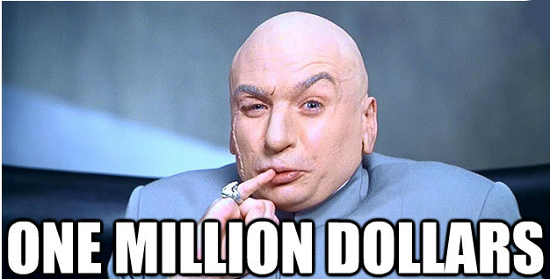 @Jay Hinrichs whether Canadian or US currency, sadly this isn't much money anymore. Still plenty to live on and awesome for a 30 year old!

On a side note, am I the only one that gets pissed when someone slips me Canadian coins as change at a store? Sorry Canada no offense meant.

@Steve Vaughan Thanks a lot!

@Jeff Kieszkowski Glad I could help put you back on the right track ;)!

@Evan Barney We make sure to always buy properties with a high potential to increase revenues and/or decrease expenses. This way, we are able to quickly and significantly increase the value of the properties in order to pull out our cashdown anywhere from 3 to 12 months after the purchase. We mainly use investors' money for the down payment and for renovations. Depending on the deal, we offer a return on their money or shares of the buildings.

@Caleb Heimsoth Got plenty of time!

@Eric James  and @Rodrigo Castanedaq See my previous reply. Quitting the job is not a problem when you go for commercial mortgages since they finance properties based on their revenues and expenses rather than based on personal ratios. As long as the numbers work, they will finance!

@Jonathan Messri We all wish we had started earlier in RE ;).

@Nancy Webb Yes, we invest in Montreal. I would love to invest in the US eventually. Props for doing it yourselves and overcoming the challenges!

@Dennis M. Net worth of a million is for myself, so we actually built a net worth of over 2 million as a company. The doors are obviously not paid off and clear and they never will since it would go against our constant growth plan. When we say net worth, it means we take the market value of the properties, we substract all of the debt, and this is how we get the number.

@Patrick Fraire Great question! Before I starting investing, I read a lot of books on RE, I attended several networking events, and I educated myself as much as I could in order to avoid any potential mistakes. The best partners to start with are people around you because they already trust you. We bought the vast majority of our deals using HELOCs (Home Equity Line of Credits) from our partners and we would pay the interest using the properties' cashflow. I don't think being in SoCal or in Montreal, like I am, makes a difference. Prices are crazy high here too. You just have to find the right deals and the right partners.

@Jay Hinrichs You are right that a million dollars is not much these days, and this is why I am not stopping here. It's a great stepping stone though!