I recently closed on my first deal. Ah!! This was a huge milestone for me and something I worked really hard to achieve. I used a combination of Air BNB, a rent to own contract, and some creativity to get it closed. Here's the story:

I am a real estate paralegal and as such, I have the privilege of witnessing the power real estate has to build wealth day in and day out. I know how to read an abstract and interpret complicated title insurance issues, I understand local laws, closing statements, and taxes. I've witnessed hundreds of deals and noted the smart strategies employed; all of this is to say I know and feel comfortable with most matters regarding real estate.

I wanted to begin my own investing career but before I could get started I knew there were some initial steps I had to take. I needed to pay off my debt to improve my credit score/lower my debt to income ratio and I needed to have ample cash reserves. Doing this strictly based off of my salary was going to take longer than I was willing to take. I wasn't thrilled at the idea of picking up a second job so I decided to try to Air BNB the apartment I was renting. I figured I would see how it went and would sleep at my office if it ever got booked.

I initially hoped it would get booked five nights a month and I could increase my savings by $500 a month. Really, I had no idea what to expect or what I was doing. One month in and my apartment was booked at 90% capacity and I was basically living at my office (did I mention my dog was too?) Bless my bosses for allowing me to do this.

Fast forward a few months and my lease was almost up. I was at a conundrum of what to do. I needed more time before I was ready to buy and my current situation was uncertain. My landlord said I could Air BNB the apartment "occasionally" but what was considered occasional was unclear. My rule-following heart was distressed. As luck would have it, I ran into one of my investor clients from work. He mentioned that he was almost done with the renovations of one of his flip houses and I could have a sneak peek.

It was exactly what I was looking for. A sturdy house, recently updated, located in a hot gentrifying neighborhood five minutes from downtown. I told him I wasn't ready to buy quite yet but that I would be very interested in doing a rent to own deal. He laughed, told me he liked my spunk and we negotiated a deal: 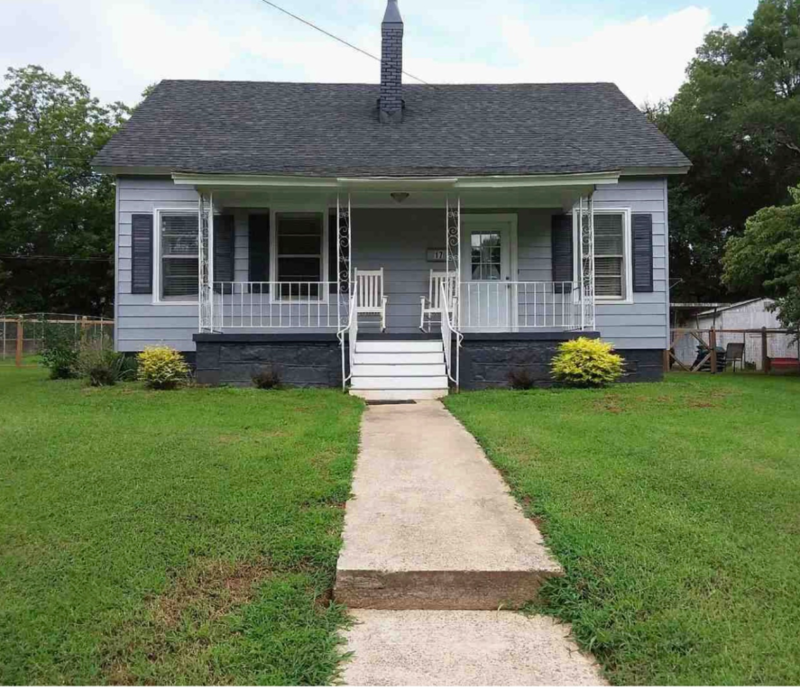 Fast forward one year and it was time to buy. Throughout the entire year, my rent and utilities were covered from renting it on Air BNB. I also now had an excellent credit score, savings, and an amazing debt to income ratio. The next hurdle was finding financing.

Ideally, the $8,800 I had accrued from the rent and security deposit would be used as my down payment. I spoke to several lenders and was initially discouraged. Fannie Mae has strict guidelines on what they'll accept in rent to own contracts and it was looking like my best case scenario was using the $8,800 to lower the purchase price to $138,200 and get an FHA loan. I would have PMI and would have had to spend a lot of money out of pocket for closing costs.

Behold the power of networking: we did a deal for a client with a local bank and the loan officer came to closing. We chatted after the closing and I told him about my deal. He told me he was fairly certain he could get me an in-house loan using the $8,800 as my downpayment. He was right! Here were my final numbers:

This house paid for itself will continue to pay for itself, is in a neighborhood that is appreciating at a high rate, and has given me so much confidence in myself and my abilities to achieve my goals. I want to own three houses before I'm thirty and feel certain that with continued smart saving and investing I can do it. I just started  a blog to document my journey. A big thanks to the Bigger Pockets Community - I wouldn't have done this without being inspired by other stories.

Wow @Crystal Oneal !  What an inspiring story of dedication and tenacity to achieve your RE goals!  Great job setting goals, using your resources and network to reach your first and most critical milestone!

Hopefully you can find a duplex next so you can have a place to live more permanently however as I'm assuming you are still living in your office when not at home? With a duplex you could hopefully have your STR and your primary residence at least while you continue to expand your empire. :)

Best of luck on your RE journey!

Thanks for taking the time to write this. I will try to follow your blog.

Questions if you find time.

So, it sounds like you had a year to purchase. If you had not been able to, was there anything in contract for you to renew the option and if so,at what terms.

How was the purchase price set? Appraisal or amt seller wanted?

Who are your air bnb clients? Business people, tourists?

Thanks again. Great story. You used what you had at the time to make a change.

Brian Garlington
Oakland CA with multifamily units here in the East Bay and Cleveland, OH
2.44
Score
Log in Sign up