We bought a property earlier this year.  It was first sent out by a wholesaler at 105k.  There was a small main house (1 bed, 1 bath)  that rented out for $450 a month and there was a manufactured home (2 bed, 1 bath) in the back that rented out for $650 a month.  I ran the numbers but they weren't very attractive to me at the time.  Then the wholesaler dropped the price to 99k and then finally to 89k.  We offered 85k and got it under contract for 87k.  It was in a less desirable city in the East Valley called Apache Junction, AZ (C- neighborhood).  But the tenants were long time tenants and their rents were below market value.

So we bought the property and made a few repairs to the roofs and interior of the main little house and the manufactured home in the back and then we raised the rents a $100 each.  We were now into the properties about 95k and we were bringing in $1300 a month in rents.  Not bad. But after we bought the property, we saw another structure on the property that looked like it might have been a trailer that someone had built onto a some point in the past.  The tenants stated that it had just been used as a storage shed ever since they had been there.  But we had a better idea.

We had a plumber and an electrician look at it and tell us if we could get water and power to it again and they said that we could.  We called the city and it had actually been its own separate unit at one point in time.  So we put in about 10k to fix it up and make it livable again.

We just put it on the market last weekend and we have already gotten 6 applications filled out by people who want to rent it.

Here are some before pics: 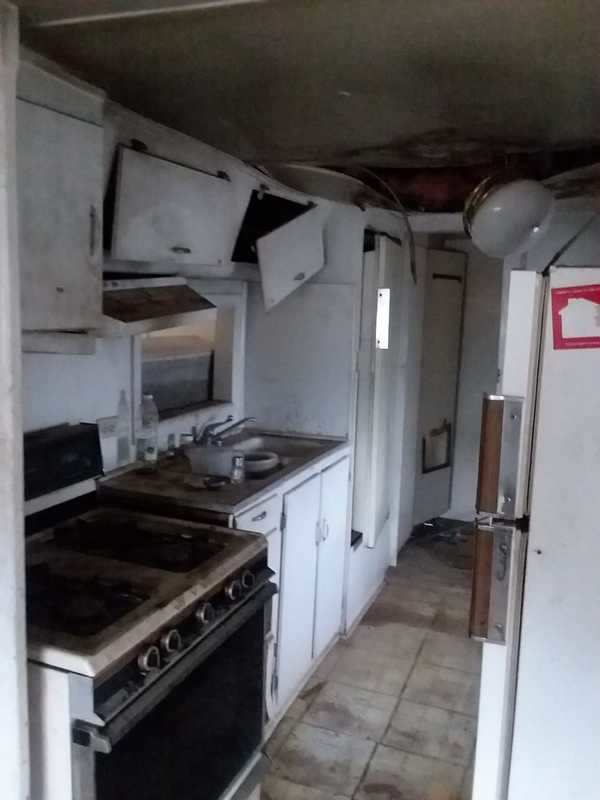 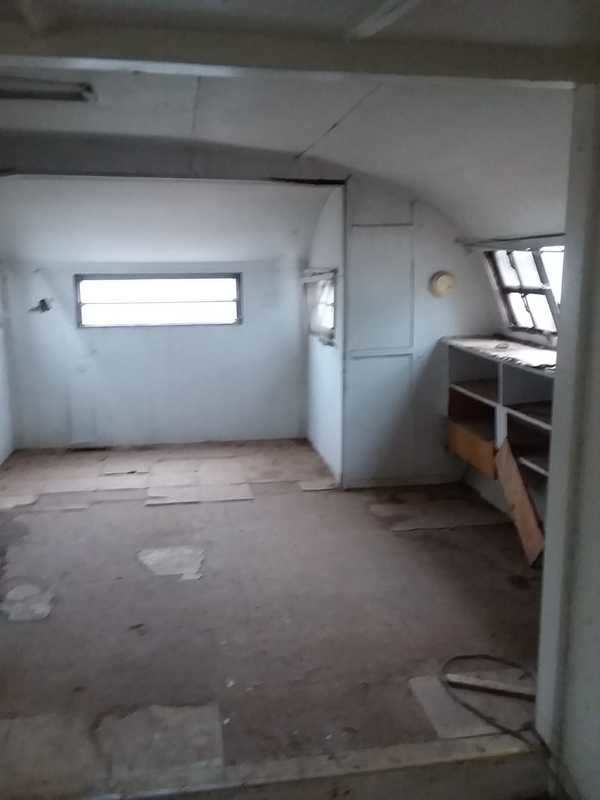 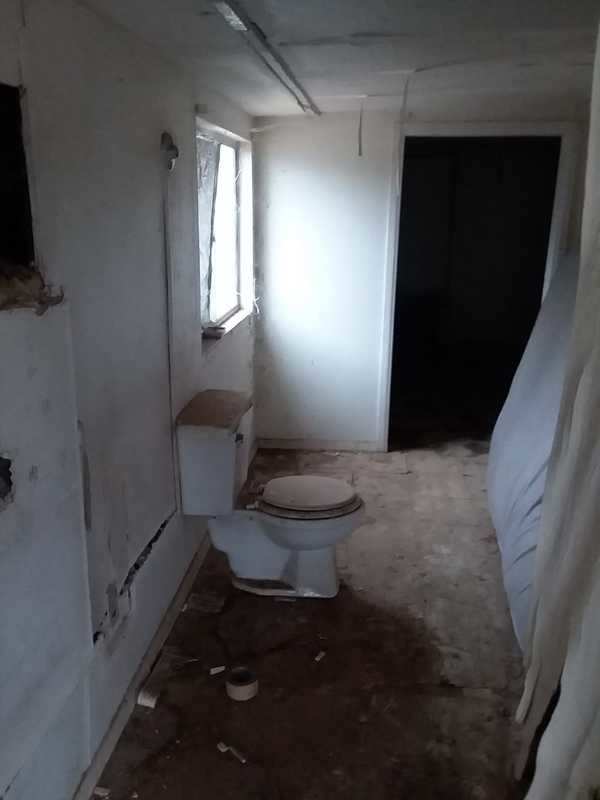 Here are some after pics: 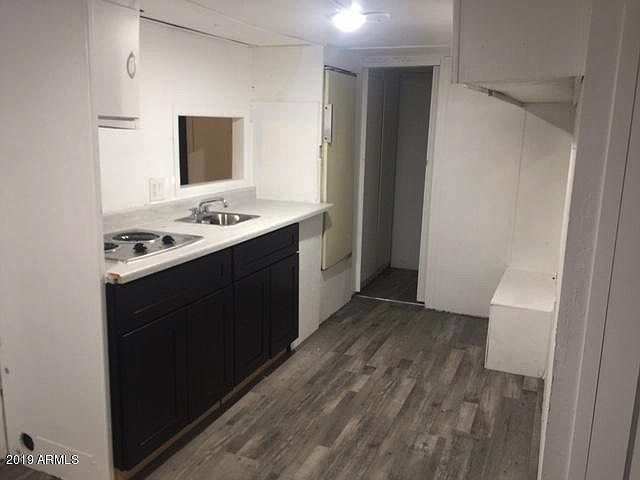 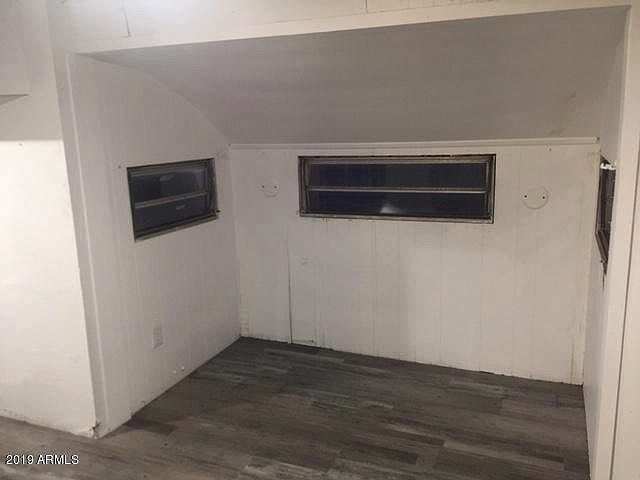 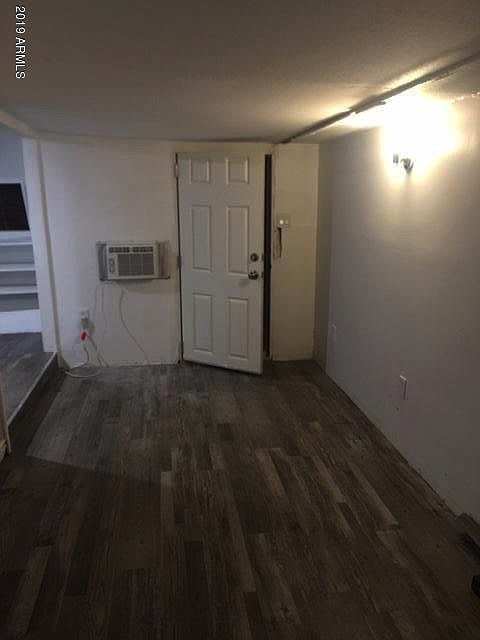 Our total for rehab was about 10k.  We put it on the market to rent for $677 and we have gotten a multiple applications and we plan on renting it out this weekend.

So here are the numbers:

We are working on getting financing for the property for about 80k and then get a second for about 20k, which would probably leave us about 5k in to the property.

is it a separate lot or an ADU ?

buying houses with historic plats and finding a lot you did not know you had .. IE a lot that can be sold on the open market is one of our go two models..  and can be done in virtually every city in the US but 95% of investors or owners are clueless how it works..

It's all on the same lot I believe.  I don't know how it would be classified today.  All I know is that it had it's own address at one point in time and I think it would be grandfathered in since it was a separate unit at one point.

And here is a picture of an arial view. 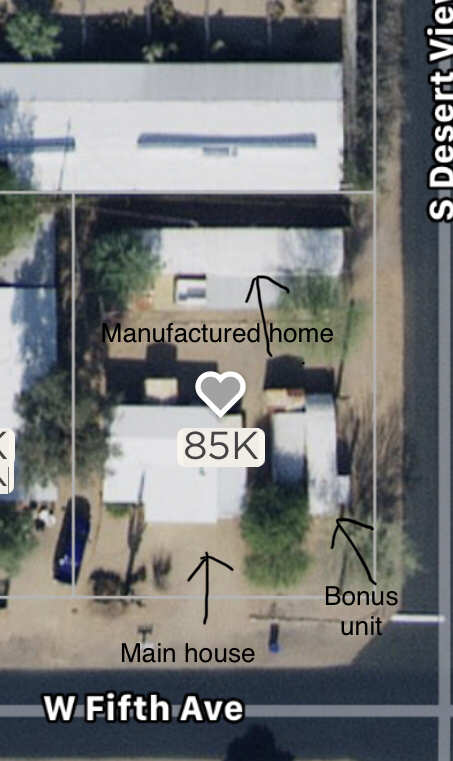 I have one in Portland that went like this.. and when I figure out how to post pictures I will.

but this is something Shiloh you should put in your quiver .

house on nice big lot in our market.. for 380k.. we look at it do our prelim measurements check with historic plats and while the owner or listing agent does not realize is in our assessment we have a lot of either side of the existing home.

we buy it.. before we even close we have the lots split..  we sell the house for 350k  after putting 10k into it.. we end up with two buildable lots that are worth 125k minimum each.. and we now build two new homes there so we make the delta on the basically free lots and we make the builder profit going vertical.. they use me as a capital partner so the builder / has no cash into the deal..  and profits will be about 200 to 250k in less than one year.. we do a profit split on that .. with us taking less than the builder..  so for him huge homerun on OPM.. for us we do quite well on our capital.

@Jay Hinrichs How do you find out the lines have been erased? Or do you constantly check to see if older historical plat maps differ from the current maps?

@Jay Hinrichs The property got leased out today.  Total rents $1977.

Maybe I can fit a shed in between the houses and figure out how to get running water to it and rent that out too?  Hmmm...

Read the current and previous deeds and see if the plat they reference differs from the tax assessor maps. As Jay, stated this is a clever maneuver and is fairly easy to do, if you know your way around zoning and don't try to be too cavalier when your dealing with the zoning department. I like to look for parcels that have a road in front and rear or sometimes the assessor will have the old lots lines ghosted in the background.

Nice. Looks like a nice unit worth living in for anyone.

When you said hidden unit I’m thinking  acreage and it was hidden in the back somewhere.  This is great but I’m assuming you saw it when you looked at the property???

Either way the numbers are amazing.

@Shiloh Lundahl . Nice man! Especially if the property already made sense before finding that little hidden gem. All details aside, seems like a investment I’d be smiling about.