I wanted to share with everyone the numbers and overall experience of my first rental property and what I learned along the way.  I apologize in advance for any horizontal pictures.  I could not figure out how to rotate them.  If someone knows how, I will edit the post.

Funding- I opened a HELOC on my primary residence and received $48,400 to work with. Plus I have reserve cash set aside in case I went over budget.

How I Found it- I went to a real estate meetup that I found on BiggerPockets and talked to an agent that set me up for the daily MLS emails. I initially started looking at multifamily but could not find anything where the numbers worked, so I switched to single-family. I looked at about 4-5 properties and after running the numbers, this one seemed to work the best.

Rental Process- I used the Tellus App and Facebook Marketplace to list the property. I actually recounted and tallied up over 70 inquires about the property. Out of those 70 only a handful showed up for a tour and collected applications, 2 completed and returned them. Out of those 2 I went with the best candidate and signed them up for a 1.5 year lease. This benefits me because if they decide to move out, I will now be renting in June instead of December. Perfect for families with kids and those looking to enjoy the beach. There was a lot of interest in this property, but by screening people over the phone and being clear about what my renting qualifications were, I got rid of a lot of tire kickers or people that would never qualify.

Rehab Plan- I decided to focus on the upstairs, which held all four bedrooms.  I will include some pictures below, but the downstairs flooring was recently updated and the kitchen looked fine for that geographic area.  Between the bedrooms, hallway, and closets, we counted 6 different carpet patterns, so that all came up.  I consider myself somewhat handy, but this was a lot of work while working 40 hours week.  My girlfriend and I demoed, scraped and sanded walls/trim, and painted.  Then my dad flew up from Florida to help lay the 700 sq ft of flooring, which I am extremely thankful for because I would have had to hire that out.

Let's get to the pics already!

For some reason I did not take many pictures during the process and actually have no before shots with all the carpets, but here is what I do have.

Two of the bedrooms had this glued linoleum underneath the carpet.  This took me an entire day just to remove it from both rooms.

The walls were in horrible condition.  This was the norm for a lot of the rooms.  Just globs of plaster and very bad paint jobs with drip marks everywhere. 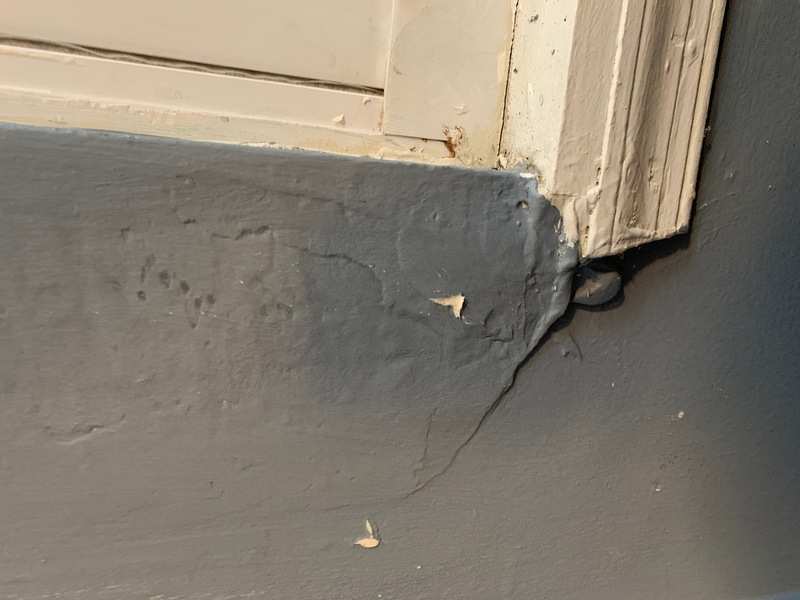 Here is an after picture of that bedroom. 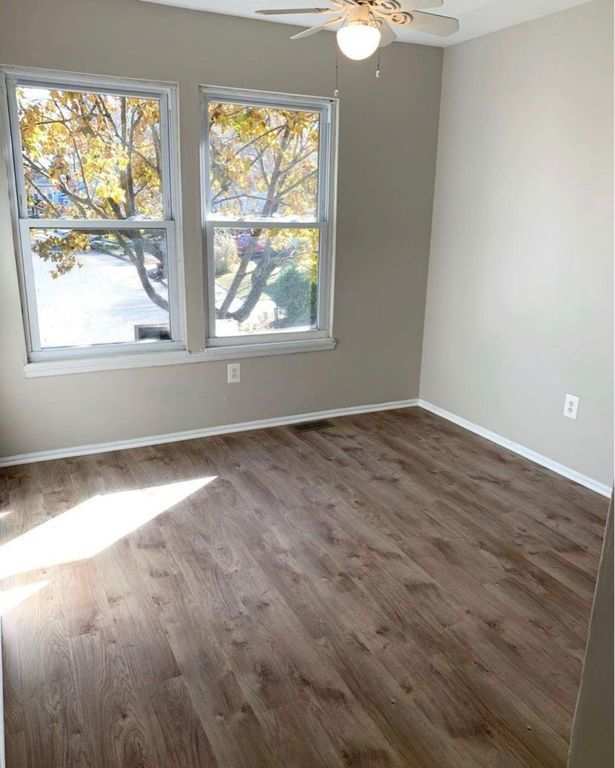 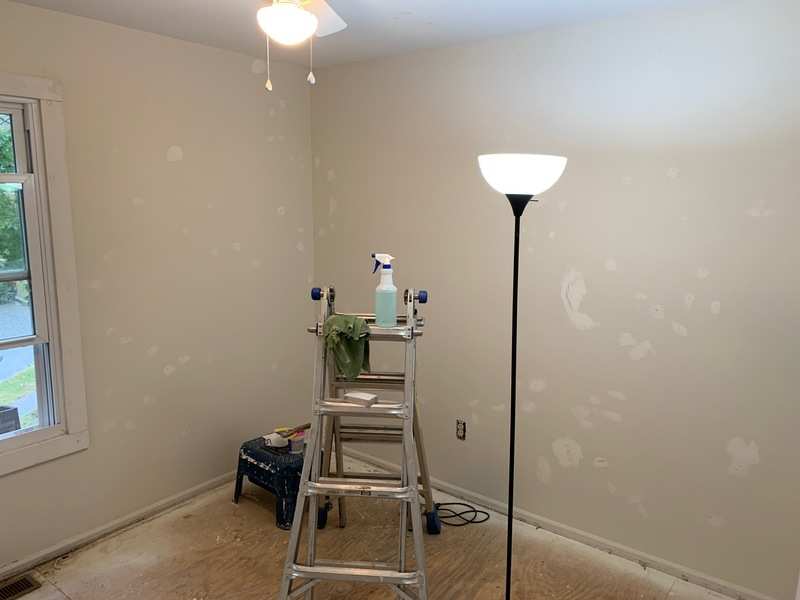 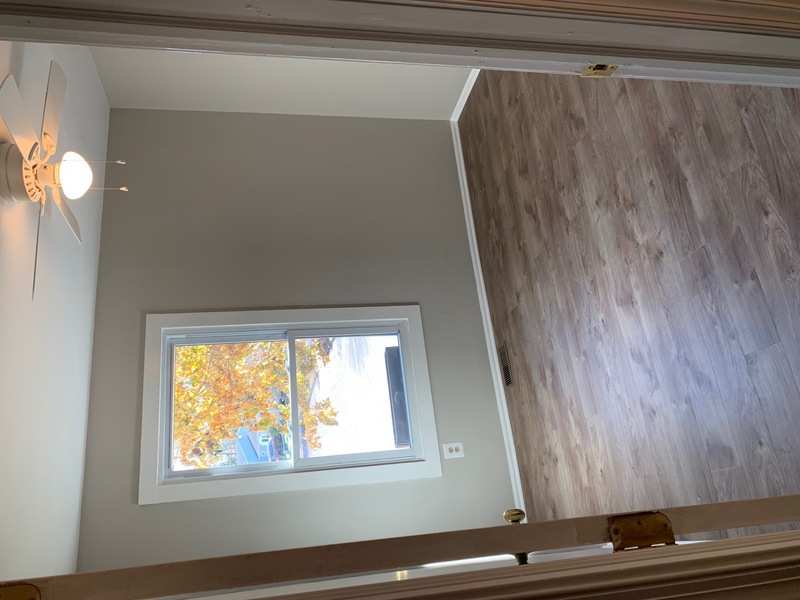 Master After (don't have before pic) 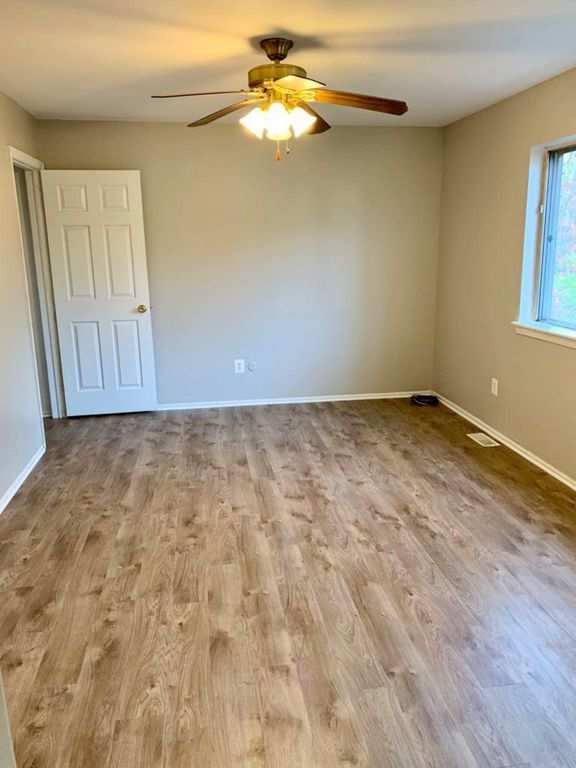 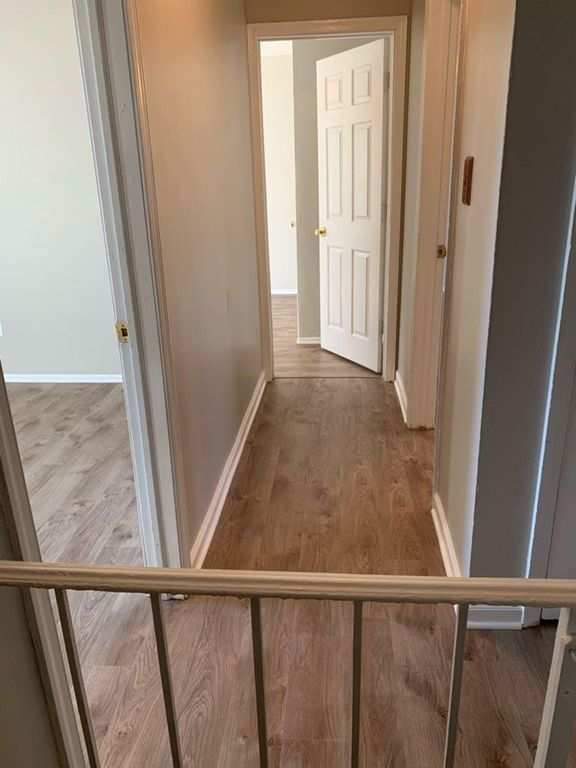 Living Room which flows to dining room.  No work done.  I told the tenant they can throw away those horrible curtains.  I only left them up for privacy since the house was vacant and I couldn't always be there. 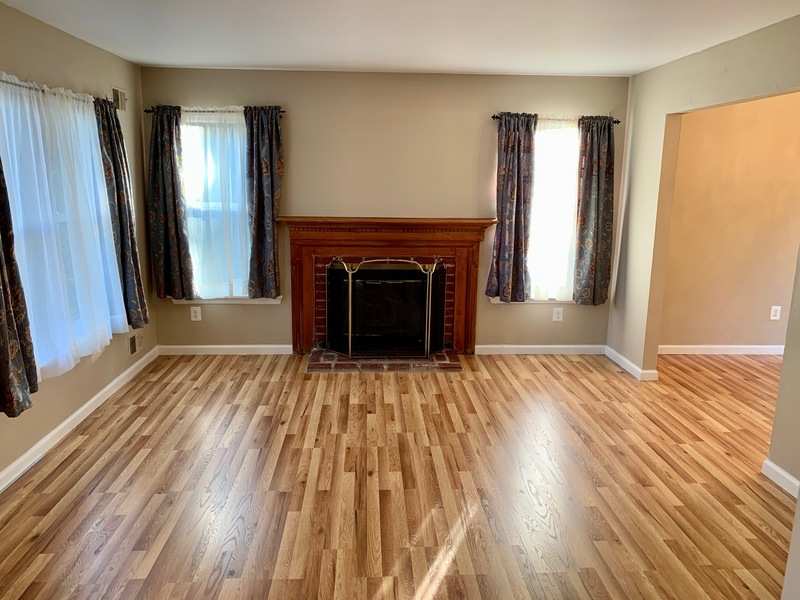 Kitchen- no work done.  Kind of an odd setup with not extending cabinets to the wall, but still in good shape. 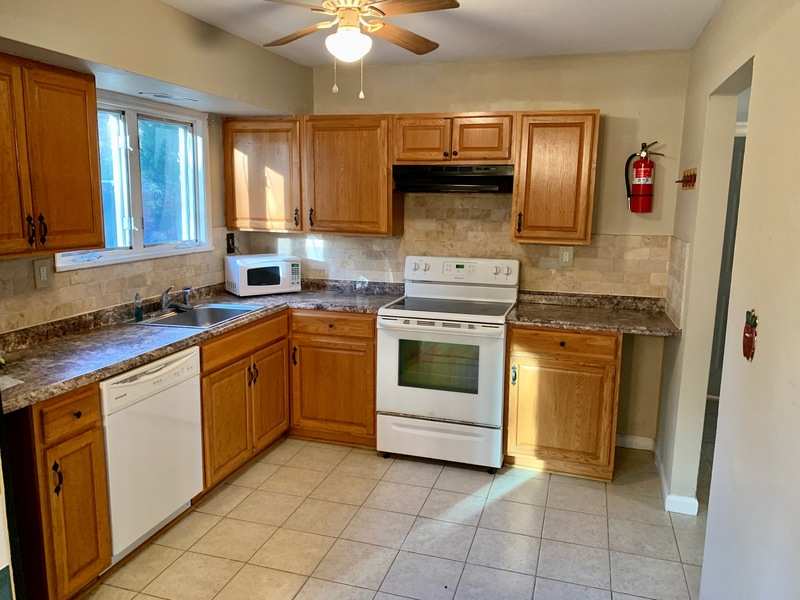 Don't be afraid to throw out a low offer. My offer was $10,000 under asking, but I think if I went even lower, I could have gotten it for under $200,000. They were motivated sellers, had already moved to a new location, one prior deal fell through, and the property was on the market for 9 months. At the time I just really wanted to get my first deal.

Do more research on the town’s C/O rules and inspection process. This added about 1.5 weeks to my timeline and if my tenant was able to move in sooner it would have been lost rent money for me. Everything had to be done in person at the town office, which required me going in late a few times to my full time job. I didn’t account for the required paperwork and processing time. I also did not realize I needed to have a tenant in place before signing a truth-in-renting agreement that goes with the C/O. I also learned that this town requires a yearly inspection if a tenant is on a month-to-month lease, which isn’t a problem in my situation, but adds another cost if I went that route.

Look for properties that are well under market and need more of a rehab where I can add value that will allow me to refinance out more money. I put 20% down on $206,500, it appraised for $215,000, might be worth somewhere in the low $220's now after rehabbing the upstairs. That doesn't give me much of a spread to refinance cash out and repay my HELOC, so I'll likely have to wait a year and half before it's worth it.

Take more before and during pictures of the rehab! At the time I was probably too preoccupied to take pictures every day, but now I wish I did. Writing this post I wish I had more shots for you that really show the condition the drywall and flooring was in.

Overall it was a great learning experience.  Was it a home run deal?  Not by any means, but it sure was a base hit and I got started.  I can say I have a deal under my belt and take everything learned and apply it to the next property.  Hopefully I can find a partner interested in multifamily, as that is where I eventually want to go, but until then I will keep going to meetups and networking and see where that takes me.